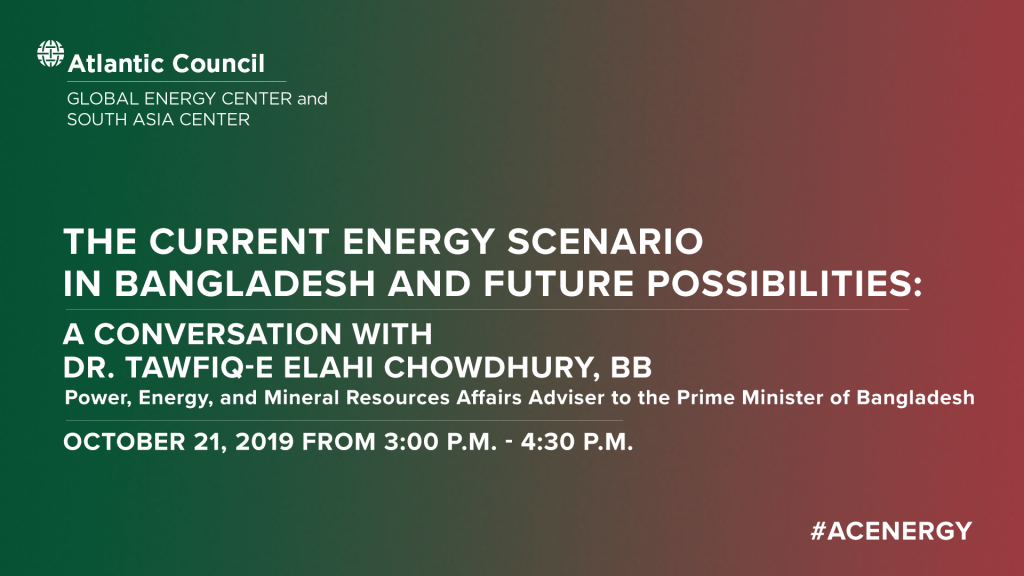 On October 21st 2019, the Atlantic Council’s South Asia and Global Energy Centers hosted a public conversation with H.E. Dr. Tawfiq-e Elahi Chowdhury, power, energy, and mineral resources affairs adviser to the prime minister of Bangladesh, who spoke about Bangladesh’s energy prospects and priorities in an increasingly interconnected region. Dr. Chowdhury highlighted that since the dawn of the 21st century, Bangladesh had lifted more than 50 million people out of extreme poverty and sustained consistent efforts of development. The development of Bangladesh, he claimed, was a result of the micro focus on uplifting individuals instead of institutions.