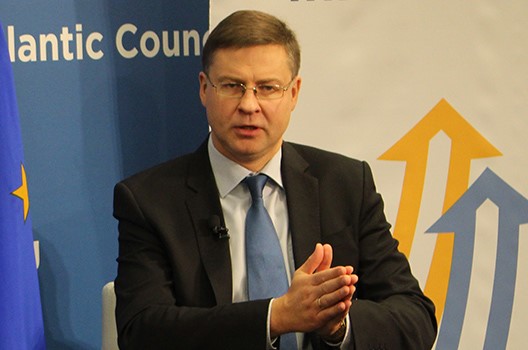 In the context of the spring meetings of the International Monetary Fund and the world Bank Group, the Atlantic Council’s Global Business & Economics Program (GBE) and the Future Europe Initiative (FEI) co-hosted The Hon. Valdis Dombrovskis, Vice President of the European Commission for the Euro. The discussion held on April 12th centered on the state of the European Union and ongoing Brexit negotiations. Commissioner Dombrovskis addresses the implications of the decision to extend the deadline for the United Kingdom’s withdrawal from the EU, including political and financial repercussions.