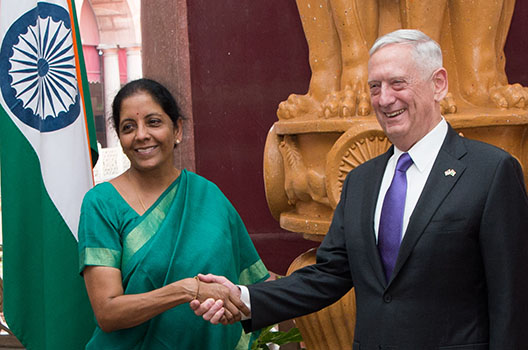 In recent years, China’s regional ambitions in the Indo-Pacific have become a serious security concern for both India and the United States. Chinese infrastructure projects in the region’s smaller and poorer countries—under China’s Belt and Road Initiative—have raised concerns about the susceptibility of these economies to the predatory economics that have recently characterized the Chinese regional approach. China’s economic ascension has been accompanied by the tendency of Chinese leaders to pay little heed to established international protocols—evident in Japan, the Philippines, and, most recently, in India. The country’s bellicose incursions in the Indo-Pacific are challenging US geostrategic supremacy in the region. Working in tandem with India to improve its capacity to play a stronger role in the region and uphold the existing liberal order, would be a critical stride for US grand strategy.

This paper will assess how the prospective sale of US fighter jets to India will contribute to empowering India to achieve greater “command of the commons,” considering Barry Posen’s framework. In Posen’s analysis, he referred to an unparalleled US dominance in the domains of “space, sea, land and air.” This report focuses on the air component, as well as the broader strategic landscape pertaining to India’s quest toward its purchase of its Medium Multi-Role Combat Aircraft (MRCA). The development of this aircraft is critical to the grander modernization of the Indian Armed Forces (IAF), which has long been a strategic priority of that country’s leadership.