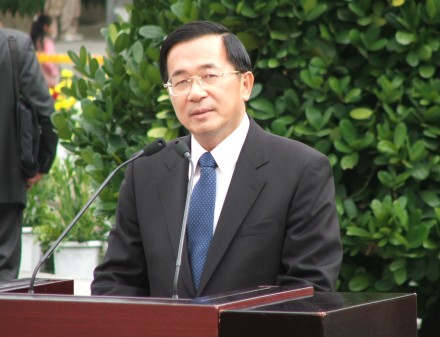 Time and circumstances make it more and more unlikely that Taiwan’s President Chen Shui-bian will declare de jure independence for Taiwan during his term of office, but Chen has not abandoned his quest for a resolution of Taiwan’s status. The People’s Republic of China and the United States are on guard for new independence-leaning initiatives coming from Taiwan’s government, and all three sides of the Beijing-Washington-Taipei triangle are engaged in ongoing re-evaluation of their respective interpretations of the status quo.

Recent developments such as the PRC’s Anti-Secession Law may have bolstered support for Taiwan and made Chen seem like the defender rather than the challenger of the status quo. What are Chen’s options for the remainder of his second term, what will his successor inherit, and what are the implications for all three sides of the triangle?

Chen Shui-bian’s administration will occupy only a short period in the long chain of events leading from 1949 to the eventual date of resolution between Taipei and Beijing. Even so, he has the opportunity to make a significant impact in the time available to him. Although he is fond of invoking the hopes and aspirations of all 23 million people who live in Taiwan, the reality is that he governs a divided electorate whose view of Taiwan’s options is generally much more moderate than Chen’s own beliefs.

The United States and other countries that stand to lose from a PRC-Taiwan confrontation – which would be most countries in the world, given the PRC’s ascendancy as a major economic and political player – should hold to the position that independence for Taiwan is not an option at the present time, and that Chen’s mandate is not to declare independence but to protect Taiwan’s security and stability. Alan Romberg sees the need for Washington to act “with consistency, purpose, vision, flexibility, and creativity,” adding, “while we may not be able to bring the situation to a point of reliable stability we can probably influence things enough to avert a crisis. This may seem to place a lot of the burden on Washington when in all justice the main responsibility should rest with Taipei and Beijing, but we can’t control them; we can only influence them. What we presumably can do is control ourselves.”

The United States and its allies should encourage and, when possible, facilitate efforts by Chen or his surrogates to approach the PRC to turn the focus away from “red lines” on specific issues that dare one side or the other to cross, and toward “green zones” where the two sides can find areas of strategic agreement and work to build confidence. The parties need to devote all their efforts to finding the “green zones” and slowly expanding them to reach a level of political coexistence that is as pervasive and productive as the growing economic interdependence between the two sides of the Strait. This is the only solution that will be in the best interests of the people in the PRC, Taiwan, the United States, and other countries that seek partnerships based on mutual interests, not on decades-old political rhetoric and deadlock from an unresolved civil war.