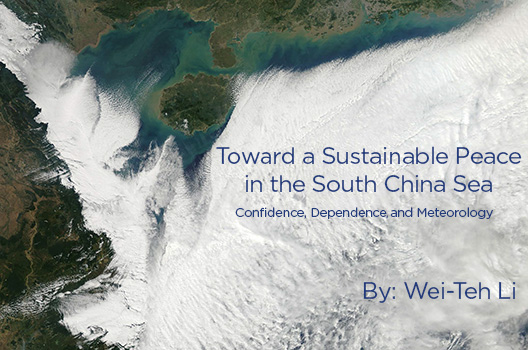 The South China Sea (SCS) has been, and remains, an area rife with tension. Disputes among SCS states stem from unresolved issues relating to sovereignty, exclusive economic zones, natural resources, and acceptable uses of the military. In the past two decades, fishing boats have been detained or damaged, fishermen and sailors arrested or killed, and artificial islands constructed for military purposes. These years of strife have led to the current SCS state of play: it is a vitally important region where competition is high and trust is low.

This issue brief argues that SCS countries need to work toward a “mutual confidence” and “mutual dependence” end state. In particular, the paper focuses on sharing meteorological data to support humanitarian assistance and disaster relief operations, including search and rescue operations, foreign disaster relief goods delivery, and medical care. A mutual confidence/mutual dependence relationship between two SCS states would help mitigate regional conflicts or disputes, which in turn can help lead to a more peaceful region.