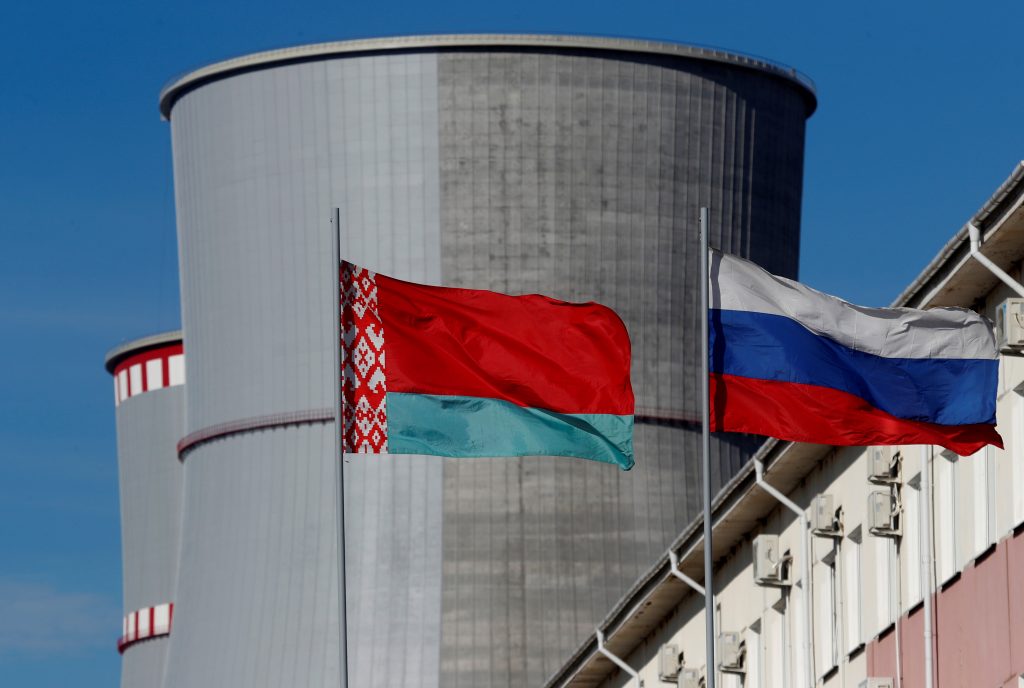 Belarusian and Russian national flags are seen at the construction site of the very first Belarusian nuclear power plant, which will have two power-generating units, near the town of Ostrovets, Belarus October 10, 2018. REUTERS/Vasily Fedosenko

In the Baltic Sea Region, there is an important but often overlooked and underestimated security challenge brewing. Russia is increasing its foothold in Belarus by facilitating and supporting the construction of the Ostrovets NPP, while simultaneously blocking other strategic energy projects. Issues of broader environmental and safety concerns are generally at the heart of the debate over the Ostrovets NPP project, but these are not the only issues with the Belarusian nuclear program.

In an issue brief on the construction of the Ostrovets nuclear power plant in Belarus, “Nuclear geopolitics in the Baltic Sea region: Exposing Russian strategic interests behind Ostrovets NPP,” Giedrius Česnakas, an associate professor at the General Jonas Žemaitis Military Academy of Lithuania, and Justinas Juozaitis, a PhD candidate at Faculty of Political Science and Diplomacy at Vytautas Magnus University, argue that geopolitics should be addressed as the root cause of the Ostrovets NPP and that policy should not be limited to Belarus, but expanded to include Russia, in order to treat the cause of this emerging regional geopolitical security challenge. A deeper understanding of Russia’s strategic interests in the region will allow policy makers to craft well-balanced policies that will do more than just treat the problem’s symptoms.