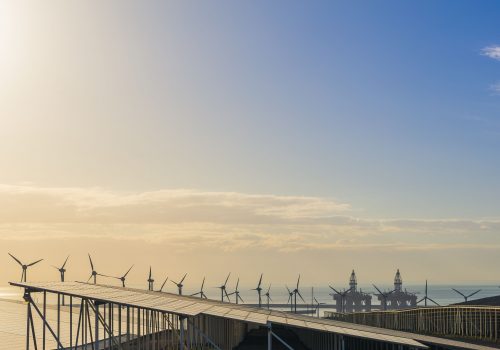 The role of oil and gas companies in the energy transition

Many oil and gas companies have recognized the need to decarbonize the energy system to avoid the impacts of climate change. Initial industry efforts to play a role in the energy transition show sincerity and promise. Yet the urgent need for more oil and gas production for the foreseeable future suggests that a comprehensive framework for the oil and gas industry to support a low-carbon future while simultaneously ensuring the world has enough energy to meet development and economic growth goals has yet to be fully developed. What role can the oil and gas industry play lead the way to an energy-rich, globally prosperous, low-carbon future?

Bell quoted in Politico on threats to Iraqi oil production

From 2011–2014, Mr. Bell was managing director at the International Institute for Strategic Studies (IISS)–US, where in addition to holding overall responsibility for the operations and programming of the IISS’s Washington, DC office he published extensively on African, South Asian-, and cyber security issues. From 2010–2011, he was manager of national security at the Markle Foundation, where he worked on cyber security, intelligence community information sharing, and technology policy issues.