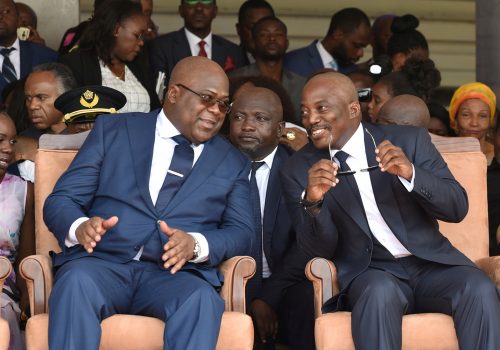 Politics in flux, but Kabila is largely still in charge

Englebert in the Journal of Democracy: Aspirations and realities in Africa: The DRC’s electoral sideshow

Democratic Republic of the Congo 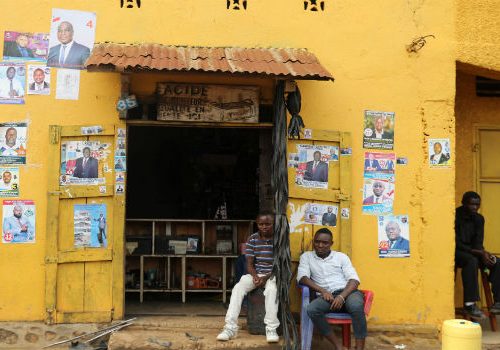 The Congo government’s spurious disqualification of popular opposition candidates and the regime’s increasingly desperate attempts to prevent those remaining from campaigning demonstrate that Kabila not only intends to turn Congo’s elections into a sham.

Pierre Englebert is a nonresident senior fellow at the Africa Center at the Atlantic Council.

He is the H. Russell Smith professor of International Relations at Pomona College and coordinator of Pomona’s African Politics Lab. Before entering academia, Dr. Englebert worked at the World Bank, focusing on the World Development Report and the West Africa region, and Belgium’s Royal Military Academy, where he was a research assistant in the Department of Economics, Management, and Leadership.

Dr. Englebert has worked on and studied African politics and development since 1983. He has authored five books on the topic, with his work receiving praise from the African Politics Conference Group and Foreign Affairs, in addition to more than twenty articles in peer-reviewed journals and several book chapters and op-ed articles, including two in the New York Times. He has conducted field research in Burkina Faso, Cameroon, Côte d’Ivoire, the Republic of Congo, the Democratic Republic of Congo, Guinea-Bissau, Mali, São Tomé and Príncipe, Senegal, Uganda, and Zambia.

As a leading expert in African politics and development, Dr. Englebert has consulted for the US Agency for International Development, the World Bank, the United Kingdom’s Department for International Development, the US Department of State, and the US Department of Defense. He has also received research grants from US Institute for Peace, the Minerva Research Initiative, the Overseas Development Council, the Carnegie Foundation for the Advancement of Teaching, the Andrew W. Mellon Foundation, the Smith Richardson Foundation, and the Earhart Foundation. At present, he is a member of the editorial boards of African Affairs, the Journal of Modern African Studies, Cahiers Africains, and Mondes en Développement.