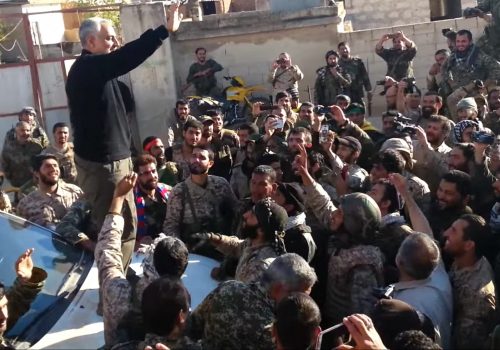 Repercussions for Europe after the US targeted attack on Soleimani

Soleimani's killing came as a kind of strategic surprise in Europe. The general assumption was that the Americans could have had many other opportunities to launch an operation against their arch-enemy in the region. 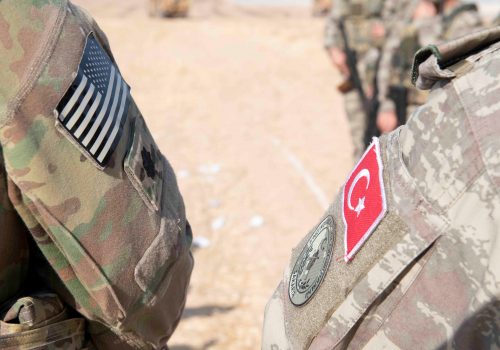 An October 6 phone call between US President Donald J. Trump and Turkish President Recep Tayyip Erdoğan resulted in a partial withdrawal of US troops from northern Syria and Trump’s endorsement of Turkish plans to send their own military forces into the region.

Duclos interviewed in France24 on the Syrian conflict

Amb. Michel Duclos is a nonresident senior fellow with the Rafik Hariri Center for the Middle East focused on Syria and the Levant.

Amb. Duclos began his diplomatic career at the Policy Planning Staff of the Ministry of Foreign Affairs in France, where he served as Deputy Director from 1984 to 1987. He then became Counselor at the French Embassy in Moscow and subsequently in Bonn during the time of perestroika and the unification of Germany. He directed the MFA’s disarmament section from 1994 to 1998 when France resumed nuclear testing, and was involved in negotiating the Comprehensive Nuclear Test Ban Treaty.

Michel Duclos has written extensively on international issues, and has always followed closely the work of think tanks and parallel diplomacy structures. In February 2016 he assumed the leadership of the International Diplomatic Academy as Director General, where he focuses on governance issues, economic diplomacy and mediation as a means toward conflict resolution. He also serves as a Senior Advisor for Institut Montaigne, a French think tank focused on improving economic competitiveness and social cohesion.