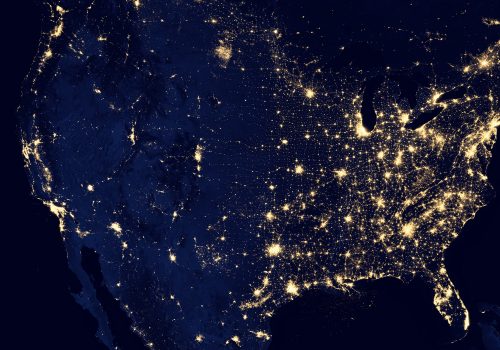 Atlantic Council press call: What will follow the US strike on Major General Soleimani?

This development will influence US engagement with Iran and partners in the region and its knock-on effects may very well manifest in the cyber domain. What type of de-escalatory engagement should we expect between the US and Iran following the assassination of Soleimani? What types of responses, both kinetic and cyber, can we expect from Iran, a country in need of appearing powerful to its allies and adversaries? 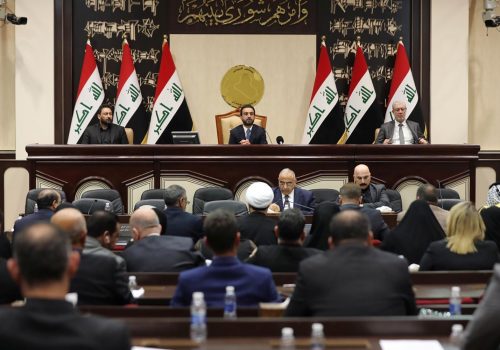 "If this vote tells us anything," Abbas Kadhim says, "it confirms that if Iraqis are cornered and forced to choose between the United States and Iran, they will find it safer to choose Iran."

Kirsten Fontenrose is Director of the Scowcroft Middle East Security Initiative at the Atlantic Council where she  leads the security pillar within the Middle East programs. This effort focuses on the Middle East and North Africa’s ongoing security challenges, geopolitical competition, and the transatlantic community’s role in promoting security and stability to allow for political and economic development.

Kirsten has twenty years of experience working with the national security apparatuses of nations in the Middle East and Africa from positions within the US Department of Defense, Department of State, White House, private industry, and non-profit sector. She served as Senior Director for Gulf Affairs at the National Security Council, leading the development of US policy toward nations of the Gulf Cooperation Council, Yemen, Egypt, and Jordan. Most recently, she was Senior Vice President for Global Relations at the Sonoran Policy Group.

Previously, Kirsten led the Middle East and Africa team in the interagency Global Engagement Center, built relationships with military officers and diplomats from the Middle East and South Asia for the Near East Center for Strategic Studies at the National Defense University, which she helped establish. Her career began in the non-profit sector at the National Council on US-Arab Relations, and in the private sector working on US-Arab business projects with Arthur Houghton Associates.