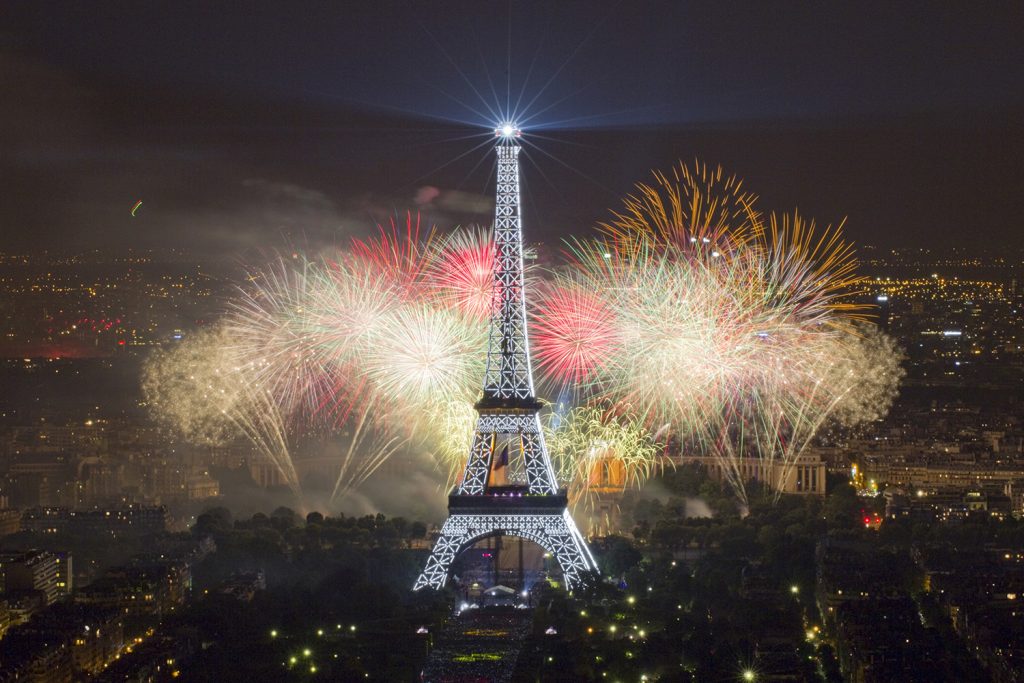 Tis the season to be gloomy, when the world’s prognosticators provide their competing lists of the coming year’s top risks. And there are plenty of candidates, from Iran to North Korea, and from American elections to global warming.

With that in mind, here are six sources of optimism for 2020:

We’ve never had it so good.

Global well-being has hit its highest level ever, or so says the recently released Legatum Prosperity Index. In the past decade, prosperity has improved in 148 countries and declined in only 19 of the 167 countries Legatum surveys, making up more than 99% of the world’s population.

This improvement reaches from health-care systems and adult education, and from the delivery of basic services to more widespread financial security.

According to World Bank figures, more than a billion people have moved out of extreme poverty since 1990, leaving the share of population at that level at 10 % which, though still troubling, is the lowest since such figures have been recorded

Some of the world’s worst places are getting better.

The Economist picks a “country of the year” each December, and it is telling that this year Uzbekistan was its most-improved land. What one is seeing are fruits of Prime Minister Shavkat Mirziyoyev’s leadership after the Uzbek despot Islam Karimov died in 2016.

Until his death, the regime was “a closed society run with exceptional brutality and incompetence,” writes the Economist. “It’s regime allegedly boiled dissidents alive, and certainly forced legions of men, women and children to toil in the cotton fields.”

After firing the head of his security services in 2018, Mirziyoyev’s reforms accelerated this year. They largely ended forced labor, shut down Uzbekistan’s most notorious prison, opened the country to foreign journalists and stopped bureaucrats from bullying small businesses for bribes.

The Economist’s runner up was Sudan, another country that in 2019 took a giant step from despotism when mass protests led to the removal of “one of the worlds vilest tyrants,” Omar al-Bashir.  The Atlantic Council this month hosted Prime Minister Abdalla Hamdok, who represented a power-sharing government that has promised elections in three years.

The global middle class has never been larger, global inequality among the world’s countries has been shrinking, and half of humanity lives in democracies.

Although there is justifiable concern about growing inequalities within countries – both in the developing and less developed world – less attention has been paid to the more positive trend that global inequality among countries has been declining for several decades.  For the first time since the Industrial Revolution, about half of the global population can be considered middle class.

Beyond that, about half of the world’s population now lives in democracies, a far cry from most of human history during which the vast majority lived under non-democratic regimes. Of those still living in autocracies, some 90 % are in China. The conventional wisdom is that China is growing even more authoritarian, and hence it is inspiring others.

That said, protests in Hong Kong and upcoming elections in Taiwan suggest otherwise. Protests in the Middle East – in Iran, Iraq and Lebanon – also are aimed at corrupt and sectarian governments and could be a force for democratic change.

With the United Kingdom leaving the European Union next year, the continent’s doomsayers are at it again (sometimes including me). What they forget is that there has been no war or conflict in Western Europe in some three generations, in no small part due to the European Union’s creation and the peace between France and Germany that accompanied it.

Long may that last.

And for all the concern about growing tensions between China and the United States, neither country wants a war. Global history since 1500 shows that the world’s two leading powers have been at war more than half the time, but the period since World War II has been historically peaceful.  It will take increased attention to keep it that way.

We’re getting smarter and more tolerant.

“Think about how many symbols you interpret every time you check your phone’s home screen or look at a subway map,” writes Gates. “Our world today encourages abstract thought from a young age, and it’s making us smarter.”

Elsewhere, Gates notes that while a century ago it was legal to be gay in only 20 countries, today that’s true in more than 100.  Legatum’s survey showed that residents of 11 countries expressed more tolerance than they did a decade previously, particularly regarding the LGBT community (but that at the same time restrictions on freedoms to speak, assemble and associate have deteriorated in 122 countries.)

In parallel, women are gaining political power in leaps and bounds, now making up more than a fifth of members of national parliaments. The world listens in unprecedented manner when women raise complaints about discrimination and sexual assault.

Technology could save the planet.

Okay, there’s a lot about Artificial Intelligence that is scary. It could empower tyrants, threaten jobs and entrench bias. At the same time, history is awash with examples that technological change has brought more progress than perils. Advanced technologies could improve health care and even address climate change.

Writing for the World Economic Forum, Jeremy O’Brien says quantum computing could help beat climate change through simulations that could uncover new catalysts for carbon capture that are cheaper and more efficient than current models. “A catalyst for ‘scrubbing’ carbon dioxide directly from the atmosphere could be a powerful tool in tackling climate change,” he writes.

It’s tempting to write some balancing lines here about why 2020 will be a particularly shock-prone year.  Let’s save that for the New Year.  After all, it is the optimists who are best equipped to find solutions to global problems – because they believe they can.

“Choose to be optimistic, it feels better,” said the Dalai Lama.

This article originally appeared on CNBC.com

Frederick Kempe is president and chief executive officer of the Atlantic Council. You can follow him on Twitter @FredKempe.

Must reads from a world in transition

This week’s top reads include brilliant reporting by the legendary author Bernard-Henri Levy in the Wall Street Journal on a “slow motion war” against Nigeria’s Christians, and New York Times analysis on data privacy that may well deserve a Pulitzer Prize.

From Hong Kong, Reuters reporters deliver a compelling long-form narrative recounting what ignited this year’s Hong Kong protests, what forces have driven them and what forces stand against them.

In the spirit of the season, I’ve included two Christmas related pieces of personal meaning.

One in the Financial Times visits eastern Germany’s Ore Mountains, the birthplace of my late father, and the closest thing the world has to “Santa’s workshop.”

The second, unlocks the true and ultimately triumphant tale behind the invention of Rudolf the Red-Nosed Reindeer, which has inspired underdogs throughout the ages.

With that, happy holidays. Inflection Points will return after the New Year.

The New War Against Africa’s Christians

The French author travels to Nigeria to deliver his must-read report on “the Fulani,” Islamist extremists of a new stripe that the 2019 Global Terrorism Index estimates have become deadlier than Boko Haram, accounting for the majority of the country’s terrorist fatalities.

Levy’s narrative is difficult to read.

He speaks to Jumai Victor, “a beautiful woman” at age 28, who recounts how the Fulani torched houses and killed her four children before her eyes. When her turn came, the terrorists saw she was pregnant and opted not to slit open her stomach, instead “they compromised by cutting up and amputating her left arm with a machete.”

“Will we wait, as usual, until the disaster is done before taking notice?” asks Levy? Read More

“Every minute of every day, everywhere on the planet, dozens of companies — largely unregulated, little scrutinized — are logging the movements of tens of millions of people with mobile phones and storing the information in gigantic data files.” As part of a year-long Privacy Project, this week The New York Times provides us with a frightening report on data privacy.

Stuart A. Thompson and Charlie Warzel reporting –an analysis of a 12-million-phones treasure trove of data— together with the piece’s beautifully crafted graphics, may well win the next Pulitzer Prize for public service. Read more

The reporters trace the extradition law’s origins back two decades to the Central Commission for Discipline Inspection, the Communist Party’s powerful internal anti-corruption body, and President Xi Jinping’s anti-draft campaign.  They link it as well to the abduction in Hong Kong in January 2017 of a Chinese billionaire from his Four Seasons Hotel apartment.

This is a history worth reading. Read More

Thanks to the FT’s Andrew Eames for this Christmas visit to the Erzgebirge, translated as the Ore Mountains, where “as many as 130 individual workshops have been merrily chiseling, carving and decorating all year” to prepare for holiday sales.

If you are a collector of Ore Mountain nutcrackers, smokers or those elaborate, candle-burning Christmas pyramids, you already know about Seiffen, which sits is at the center of this small industry and district, which was once mining country.

What Eames discovers is that the heritage of hand-craftsmanship still survives in our high tech age.  When asked whether mechanization wouldn’t increase his profits, one manufacturer points to a picture of his great-great-great grandpa Wilhelm, and says, “He’s watching that I don’t cheat.”  Read More

Rudolph Almost Wasn’t the “Most Famous Reindeer of All”

Bob Greene relates how Rudolph the Red-Nosed Reindeer was born at Montgomery Ward’s Chicago headquarters as a give-away book for children. It almost didn’t happen, however, because the author’s wife was in deteriorating health and his boss initially rejected the concept.

The author, Robert May, would write later about how his concept became a global hit. “Today children all over the world read and hear about the little deer who started out in life as a loser, just as I did” and then “his handicap became the very means through which he received happiness.”

Greene extracts a different lesson. “Sometimes, when you know your idea is right, you have to stand up to a shortsighted boss.” Read more

Person of the week

2020 will likely bear more resemblance to the 1930s, as some of the developments which did not reach a denouement in the past year cross the finish line. Several simmering conflicts, symptoms of a global system under strain from US President Donald J. Trump’s “anti-globalist” America First doctrine, could well reach breakpoints in 2020. This may include a shift from the mere corroding of multilateral institutions and US alliances toward total dysfunction.

Haftar closes in on Tripoli: Where is the international community?

General Khalifa Haftar’s threat to advance his troops further into the capital of Tripoli proves that for the rebel Libyan commander, “there is only a military solution,” to the conflict between his forces and the United Nations-recognized Government of National Accord, according to Atlantic Council resident senior fellow Karim Mezran.

Enacting the sanctions mandated by the Protecting Europe’s Energy Security Act (PEES Act), for all its careful crafting, may not actually block Nord Stream II but may instead burden the US-German relationship. Rather than impose sanctions, the administration should waive them for now but prepare even stronger contingency sanctions to be implemented should the Kremlin once again use gas exports as political leverage against Ukraine, Central Europe, or the Baltics.