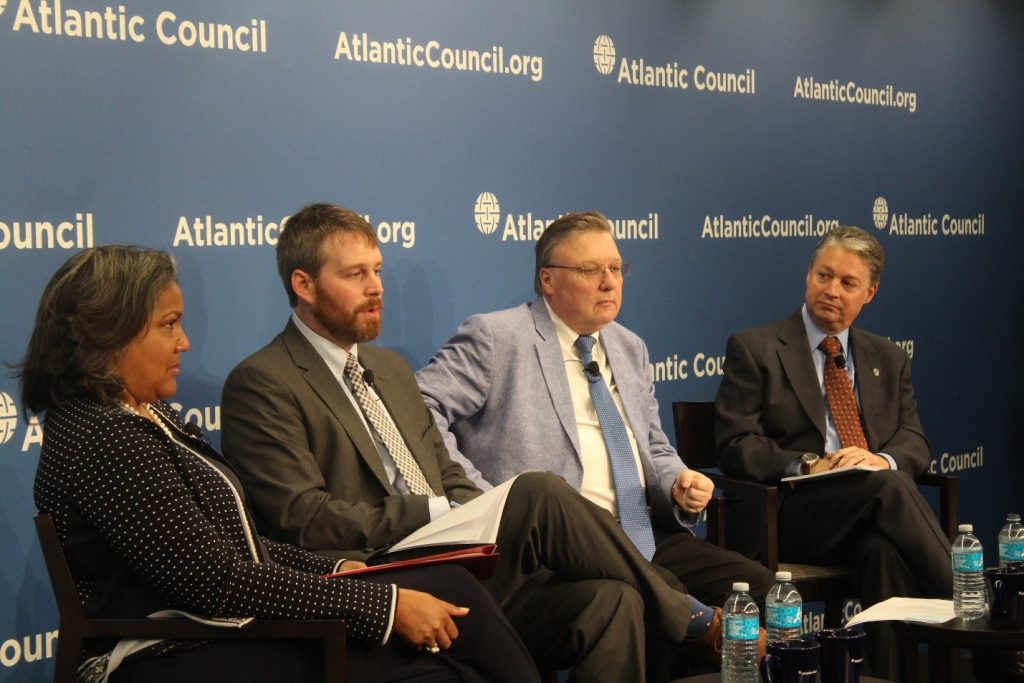 On December 2, 2016, an expert panel joined the Atlantic Council’s Global Energy Center for a conversation about the practices, risks, and benefits of drone use in the energy industry. The panel deliberated whether regulations currently under development impede or facilitate the emerging role for drones. They also discussed the huge potential for drone technology in the energy industry to generate $82 billion and 100,000 new jobs for the US economy. This technology, while still in its infancy, is already being used to monitor pipelines, electricity lines, solar panels, and wind turbines, as well as to respond to energy-related incidents. The panelists made clear that international and domestic regulators are beginning to set rules on drone use and harmonize standards across national borders. The federal government, electric utility industry, oil and gas industry, and aviation companies are all playing a role in this process.