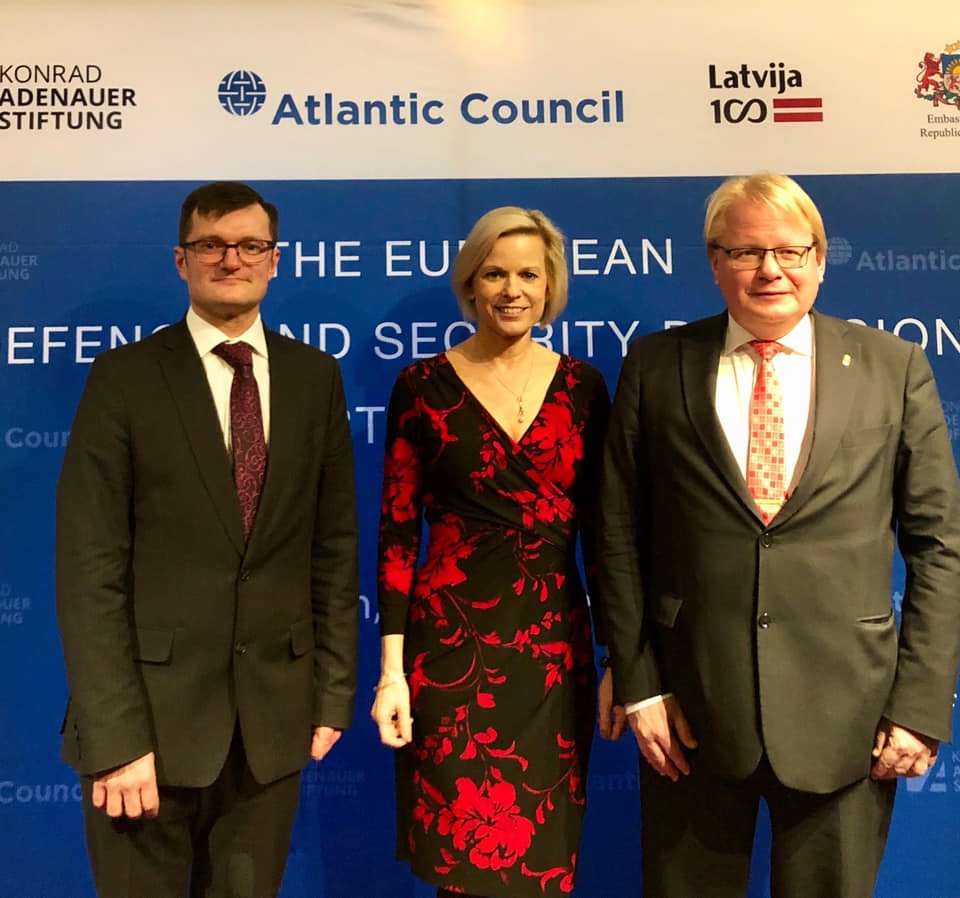 On December 11, 2018, the Atlantic Council Northern Europe Office and the Konrad-Adenauer-Stiftung, in collaboration with the Latvian Embassy in Sweden, organized a high-level, public international conference on ’The European Defence and Security Dimension in Northern Europe’. The conference brought together policy experts, academic researchers, representatives of government and organizations and media from a significant number of countries.

Keynote addresses were given by H.E Peter Hultqvist, Defence Minister of Sweden; and H.E Jānis Garisons, State Secretary, The Ministry of Defence of the Republic of Latvia. Minister Hultqvist highlighted the importance of transatlantic link as well as a unified Europe in improving defence cooperation in Northern Europe. In his speech, Secretary Garisons pointed to the importance of building proactive resilience not only in the military domain but also areas such as cyber, economy and infrastructure.