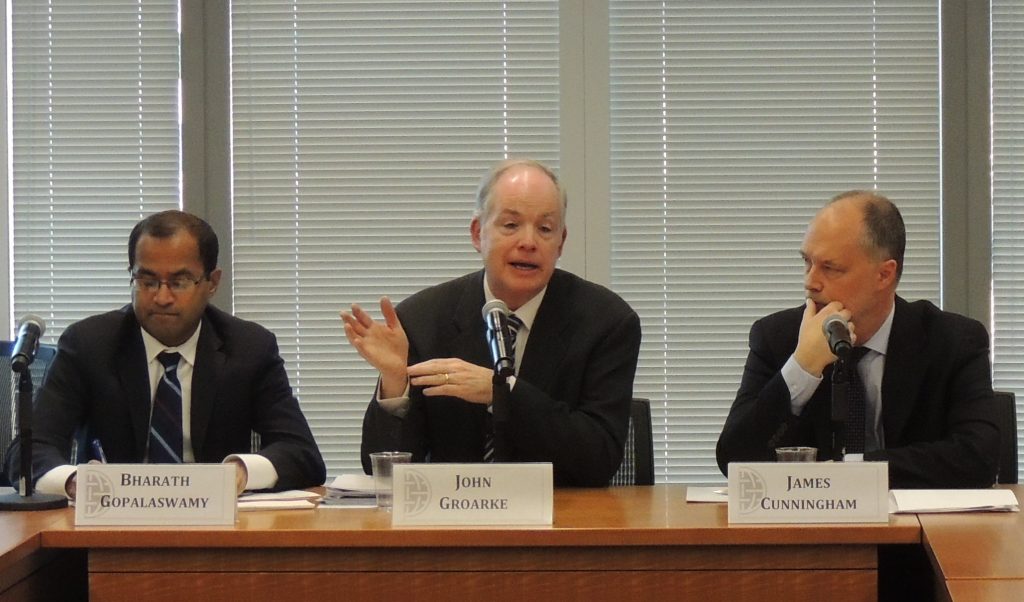 On December 3, the Atlantic Council’s South Asia Center hosted Mr. John Groarke, US Agency for International Development’s (USAID) Pakistan Mission Director, to discuss efforts to bring stability to the Federally Administered Tribal Area (FATA) in Pakistan and the greater region.  Joined by The Hon James Cunningham, Former US Ambassador to Afghanistan and currently a South Asia Center Senior Fellow, the conversation not only shed light on the security, economic, and humanitarian challenges facing conflict-displaced persons, but also the global security challenge stemming from the porous Af-Pak border.

Pakistan is one of USAID’s two largest portfolios, and one key pillar of its role in Pakistan is stabilization or resiliency – an unconventional form of development aid. Following a commitment from US Secretary of State John Kerry earlier this year, USAID intensified efforts to provide rehabilitative and economic support to conflict-ridden regions in FATA. This includes new programs to assist conflict-displaced upon their return to North Waziristan (usually for 6 months following return), plus longer term economic growth stimulation through job creation and small enterprise. In concert with UN agencies, such as the World Food Programme, UNICEF, and UNDP, USAID is focused on providing assistance to individuals and more broad investment in the region.

Both Groarke and Cunningham agreed that the two major challenges posing the rehabilitation of displaced persons are governance and securing the Af-Pak border. A key issue compounding the rehabilitation is the method in which conflict-displaced persons are identified. To be termed “displaced,” families must register with their respective governments. Thus the current estimates overlook not only the potential for multiple individuals in one family, but also the numerous unregistered individuals who move around and across the border due to weather, shelter, or job opportunities.

Significant work remains to bring stability to FATA. While the Pakistani military believes 20% of the work to clear militancy remains, Groarke stated, establishing governance and rebuilding the region through investing in health, education, and the economy are at the forefront.