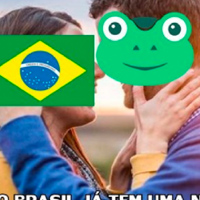 A significant number of Brazilians joined the social network Gab.ai after Twitter suspended accounts associated with the far-right in the country.

Users from the country have since become one of the largest groups to access the Gab website, second only to the United States. Gab is well-documented as a fertile environment for the spread of conspiracy theories and hate speech.