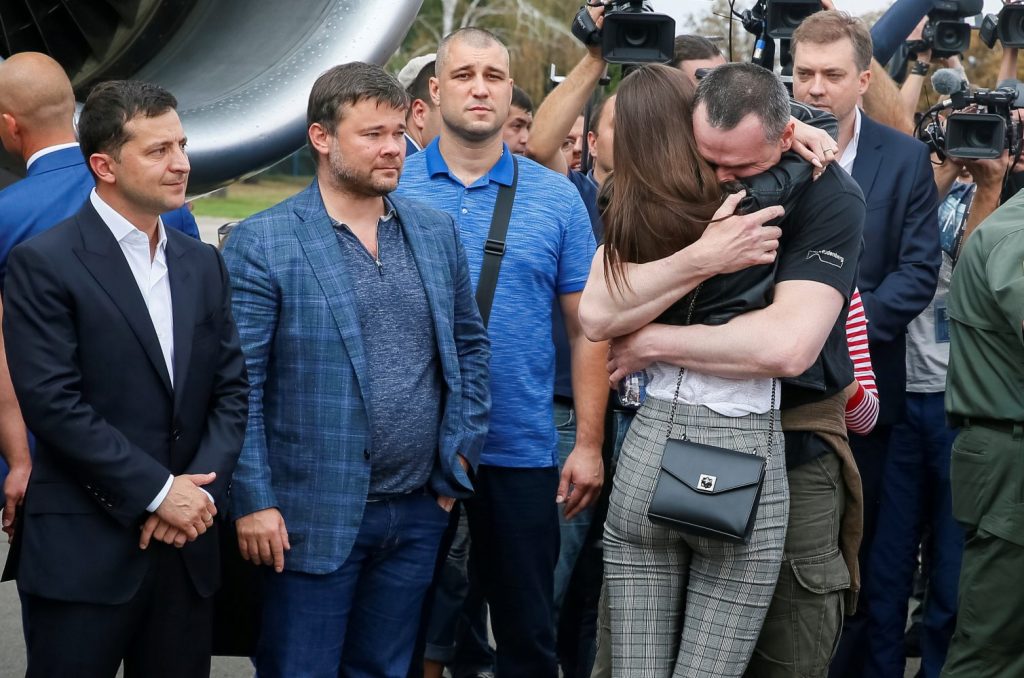 There are many things one can say about Andriy Bohdan, arguably the most powerful or second most powerful man in Ukraine. He’s jolly and wicked smart. He will work for anyone and he has. He’s also press shy. But one thing is indisputable: his actual views are unknown.

A new RFE/RL Schemes investigation may shed light on Bohdan’s views toward Russia and the West. It reveals that Bohdan was part of a Ukrainian government delegation led by former Prime Minister Mykola Azarov, who flew to St. Petersburg for negotiations on November 19-20, 2013. The next day, after the delegation returned, the Ukrainian government abruptly changed its geopolitical course toward Russia, suspending the association agreement with the European Union. Yanukovych was trying to keep Ukraine in Russia’s orbit. The rest is history: Yanukovych’s decision provoked massive public unrest and resulted in the protracted and dramatic Revolution of Dignity from 2013-2014 that eventually put the country on a pro-Western path.

The fact that Bohdan flew to Russia at that time is based on two sources: the internal records of Russian border guards, which “Schemes” obtained, and a document from the Cabinet of Ministers showing that Bohdan’s name was on the Ukrainian delegation list.

In addition to Bohdan, who at the time held the post of government commissioner for anti-corruption policy and advisor to Prime Minister Mykola Azarov, the delegation consisted of the prime minister, Vice Prime Minister Yuriy Boyko, Ambassador of Ukraine to the Russian Federation Volodymyr Yelchenko, and a few other ministers and their deputies.

RFE/RL Schemes journalists could not ascertain Bohdan’s position about Ukraine rapidly changing its geopolitical course in November 2013 and his office didn’t respond to a written request. This is unfortunately typical behavior. Bohdan systematically refuses to answer questions from journalists, he called journalists “corrupt” and said they need to “purify” themselves in a rare interview with the BBC, and in another clip he said journalists are superfluous. On September 13, UkraineAlert verbally extended an interview request to Bohdan in Kyiv, which he politely declined. The offer remains open.

The investigation also found that Prime Minister Azarov awarded Bohdan an honorary diploma from the Cabinet of Ministers of Ukraine in the midst of the Maidan crisis.

“It appears that Andriy Bohdan accepted this award at the time when protesters’ tents were already on Khreshchatyk. He took this award after Berkut beat student protesters. And he received it from Prime Minister Azarov, whose government stopped Eurointegration,” the investigation found.

Bohdan stayed in the position throughout the Revolution of Dignity and was fired on March 5, 2014.

Zelenskyy has a lot on his plate now, but Bohdan has some explaining to do.

If Zelenskyy’s serious about reform, he’ll ditch the cronies

Leaders are judged by those closest to them, and Zelenskyy’s mishandling of this matter is destroying his “brand” and will impede his reform agenda.