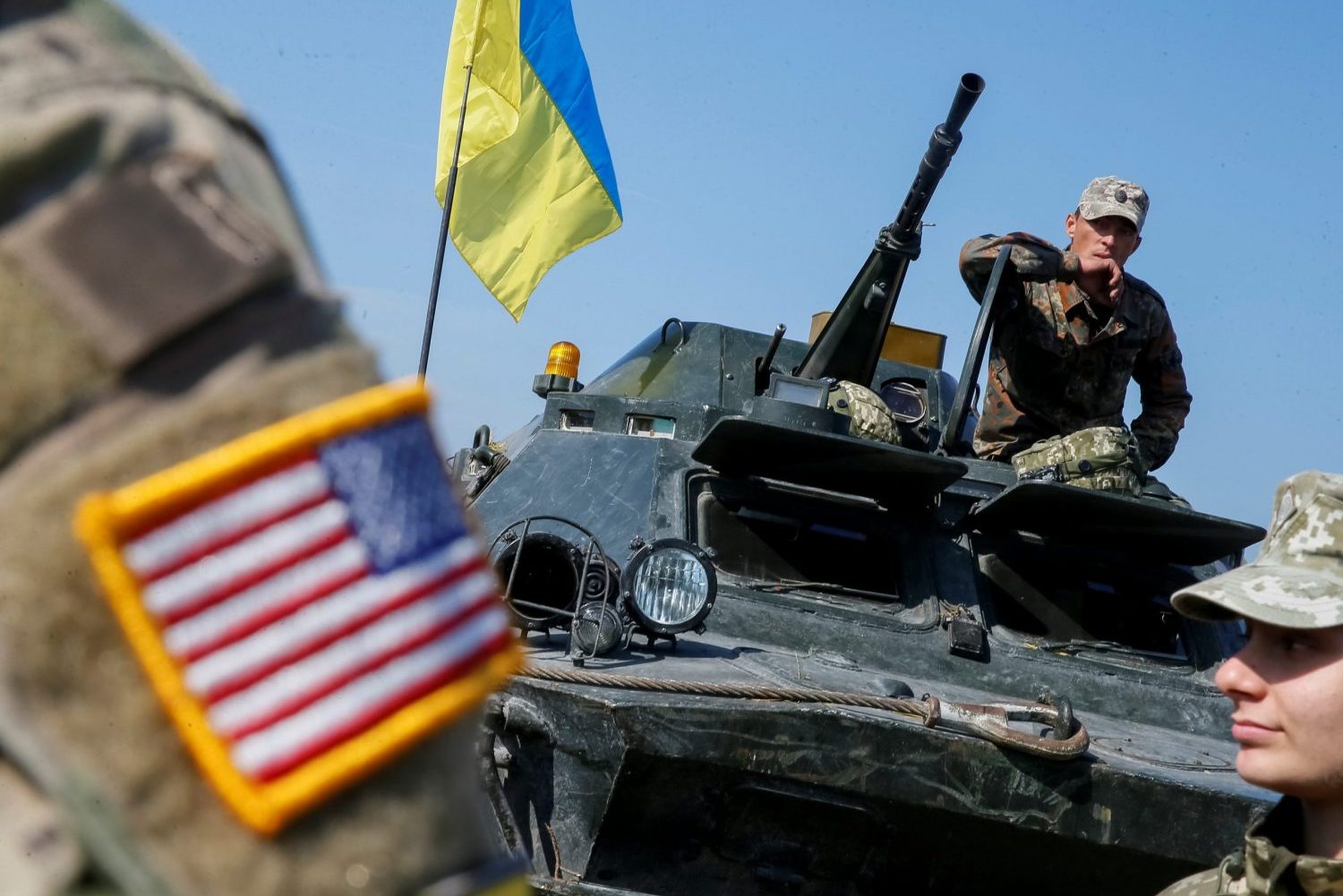 A military instructor of the US Army is seen near Ukrainian servicemen during multinational drills "Rapid Trident 2019" at the International Peacekeeping and Security Center near Lviv in western Ukraine. September 24, 2019. REUTERS/Gleb Garanich

Over the past five months of impeachment-related media coverage, American audiences have grown accustomed to hearing about Ukraine – but do they actually care? This was the question reportedly posed by US Secretary of State Mike Pompeo during a January 24 post-interview exchange with NPR radio host Mary Louise Kelly. Secretary Pompeo is certainly not alone in suggesting Americans don’t care about Ukraine. Many others have also asked why a faraway land with few obvious ties to the United States has become such a ubiquitous presence in US politics.

This is a debate worth having.

Ukraine’s importance to America may not be immediately obvious, but the former Soviet republic’s significance goes far beyond the current impeachment drama and extends all the way to the very foundations of international law. Indeed, US attitudes towards Ukraine offer an indication of the country’s continued commitment to the rules-based global security apparatus that generations of Americans helped create.

Ukraine did not seek the limelight it currently enjoys. Six years ago, Russia launched a hybrid war against the country that has killed over 14,000 and displaced millions. This complex and ongoing attack involves conventional military forces together with non-state actors and local proxies operating alongside sophisticated cyber, economic, and informational components. The entire enterprise is shrouded in a veil of denial.

Many of the groundbreaking techniques developed by the Kremlin in Ukraine have since been deployed against Russian targets in the EU, US and beyond. Moscow has transformed Ukraine into a giant laboratory for a new kind of warfare that defies easy definition and makes a mockery of more chivalrous attempts to understand international conflict. This novel approach has exposed the flaws in the existing international security architecture and made the geopolitical crisis over Ukraine a test case with the power to shape the future trajectory of world affairs.

Putin believes he has managed to redraw the map of Europe by force while stopping just short of the open aggression that would have provoked an overwhelming response. After decades spent brooding over its Cold War defeat, this is Russia’s revenge – a war that strikes at the heart of the post-1991 settlement and opens the door to a new era of global instability. Whether it likes it or not, the United States is deeply invested in the outcome.

Nuclear nonproliferation is perhaps the single most specific security issue tying America to Ukraine. During the early post-Soviet period, Ukraine bowed to US-led international pressure and agreed to surrender what was at the time the world’s third-largest nuclear arsenal. In the December 1994 Budapest Memorandum that confirmed this unparalleled act of unilateral disarmament, the US was one of three signatories to provide security assurances to Ukraine.

While this document did not legally oblige America to guarantee Ukraine’s borders, Ukrainians could be forgiven for thinking the spirit of the agreement implied robust US support for the country’s continued sovereignty. Subsequent events have exposed the folly of this assumption. With entire regions of Ukraine now annexed by the Kremlin or under Russian occupation, the lessons for other prospective members of the nuclear club are clear. Unless Ukraine’s losses can be reversed, the country’s predicament will remain a highly persuasive argument in favor of acquiring nuclear weapons. After all, nobody wants to find themselves frantically scrutinizing the small print of international treaties as enemy tanks roll across the border.

Nuclear proliferation is only one element of the Pandora’s Box opened by Putin. Russia’s attack on Ukraine also asks fundamental questions of the international security architecture established following WWII. Moscow’s 2014 annexation of Crimea marked the first attempt by one country to seize the territory of another in mainland Europe since the days of Hitler. This is a direct challenge to the sovereignty of all nations. If Russia is allowed to establish a successful precedent of armed expansionism, the global security implications could hardly be graver. Europe alone contains dozens of border regions with populations tied ancestrally to neighboring states. The potential for chaos – and conflict – is virtually limitless.

Is this enough to make Americans care? Many in the US will justifiably feel that they have little to fear militarily from their neighbors. Nevertheless, most Americans would quickly feel the impact on their standard of living if the global economy falls victim to the destabilizing effects of Crimea-induced border insecurity.

The breakdown of international law would also lead to a deteriorating political climate, with authoritarianism, militarism, and protectionism gaining ground at the expense of democracy. In a world of rapidly growing populations and limited resources, this could have disastrous consequences in the decades to come. History suggests that sooner or later, Americans would find themselves forced to intervene. The cost of this intervention will only rise if Russia is not stopped in Ukraine.

Ultimately, the real question is not whether Americans care about Ukraine. Like all good foreign policy, American engagement in Ukraine should be guided by sound and farsighted principles of national self-interest. Do Americans want a rules-based environment where borders are inviolable and military aggressors face international isolation, or are they happy to gamble on the United States remaining the biggest fish in an increasingly lawless pond?

Ukraine may currently seem like a distant and somewhat obscure place, but its plight has already brought the world to the brink of a new Cold War. There is every reason to assume the country’s future fate will have equally global repercussions. That alone should be more than enough to make Americans care.