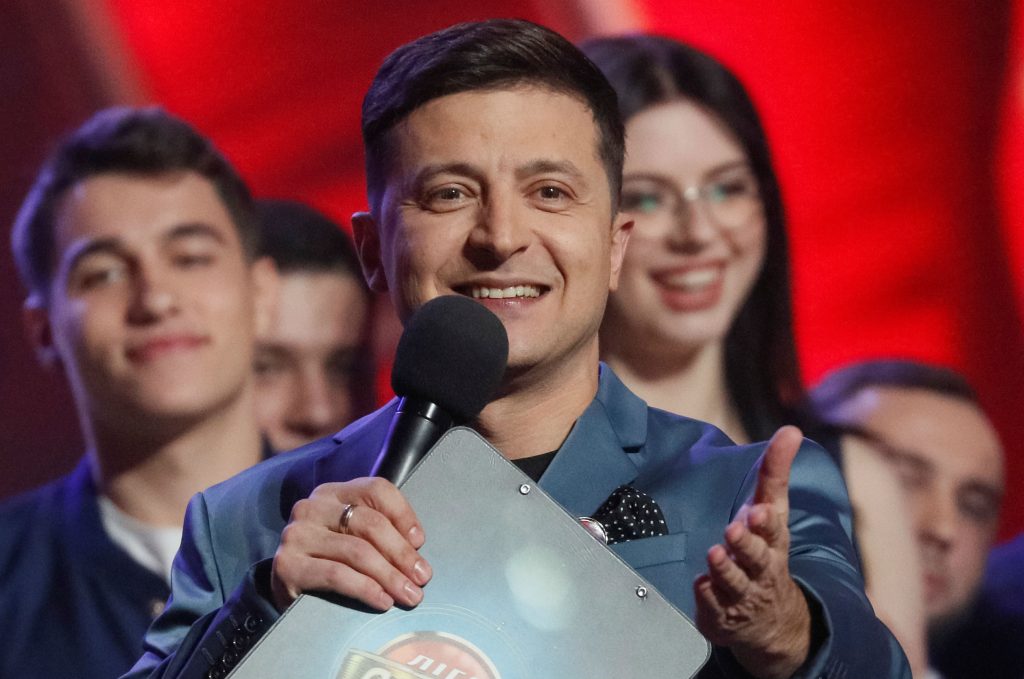 It goes without saying that all Ukrainians will be losers if and when a dreadfully inexperienced and politically ignorant comedian takes charge of Ukraine’s ship of state. As the economy goes into a tailspin, corruption flourishes, and Russian President Vladimir Putin bares his teeth, all Ukrainians will be far worse off than they are today.

But who will be even worse off than the average?

Ironically, it will be Zelenskiy’s supporters among young people and the southeast. And all thanks to Putin.

Prediction is always a risky business, but we can safely predict that Putin will view Zelenskiy’s election as a golden opportunity to clean up the mess he got Russia into in the occupied Donbas.

Putin’s no Einstein, but, having been in power for two decades, he’s learned a thing or two about getting his way, especially with lightweight leaders who haven’t a clue about international relations. Consider the following perfectly plausible scenario: (one that I bet the Russian security services have already developed).

Zelenskiy wins. Putin starts to probe with a series of relatively small-scale provocations—perhaps a complete blockade of the Kerch Straits, perhaps a “terrorist” attack against some Russian Orthodox church in Kharkiv or Odesa, perhaps an intensification of the bombardment by Russian proxy forces along the lines of the occupied Donbas. None of these actions would be presented as aggressive. Quite the contrary, Putin would claim that each was prompted by the hostile actions of Ukrainian “fascists” and that Russia has no choice but to respond forcefully. The implied threat would be obvious—that Russia might be forced to intensify its military defense of embattled brethren and actually launch a full-scale assault.

Naturally, Putin is smart enough to realize that such sticks would have to be accompanied by some carrots. His foreign minister, Sergei Lavrov, will inform Kyiv that Russia is always willing to sit down and talk. After all, Moscow abhors violence. Would Ukraine’s esteemed new president agree to having the separatists join the conversation? After all, where there’s a will, there’s a way—and everyone wants peace, particularly between two fraternal nations. Didn’t the fascists in Kyiv divide them artificially? Isn’t it high time for Russians and Little Ru—excuse me, Ukrainians—to settle their differences once and for all? If the separatist entities are brought back into Ukraine’s fold, Russia would be delighted to help out with their reconstruction. Who needs Western foreign direct investment anyway? Who needs the International Monetary Fund? And doesn’t it make more sense for Ukraine’s roads to go to Moscow, rather than to Paris? Just think, Mister President, Ukraine is reunified and peace with Russia ensues. You might even win the Nobel Prize.

The choice before Zelenskiy will be between war and capitulation. That choice will be uniquely and unavoidably his, and his alone, because no other president would have been taken for a pushover by the Kremlin. Putin knows that Petro Poroshenko, Yulia Tymoshenko, and Anatoliy Hrytsenko are neither as ignorant nor as inexperienced nor as clueless as Zelenskiy. Provoking them, baiting them, would be much, much harder and far riskier. But Zelenskiy? Why not test the comedian and see what he’s made of?

How would Ukraine’s comedian-in-chief respond? In all likelihood, he’d hem and haw, hoping to win time as he tries to figure out just what’s at stake. But time will be scarce. Conditions in the southeast will worsen: the blockade will produce food shortages in Mariupol and Berdyansk, more bombs will go off in Orthodox churches, more soldiers and civilians will die along the front. In turn, Russians will mobilize in defense of their holy church, Ukrainians will counter-mobilize, the generals and police officials will demand a response to Russian provocations. As Moscow ratchets up the pressure, Zelenskiy will have to be decisive and act tough to retain some degree of credibility at home. But, in all likelihood, either he’ll fail or things will spin out of control or both. Domestic violence, abetted by separatist “little green men” seeping across the border, will intensify. As the Ukrainian president searches helplessly for some solution to the mess his inexperience created, Putin will declare Ukraine a failed state that needs saving from its “fascists” and indecisive leaders.

A truncated Ukraine shorn of the southeast will probably survive the ensuing military conflagration. But the chickens will come home to roost for Zelenskiy’s southeastern voters, who will now come to inhabit a war-ravaged and godforsaken province in the Russian Federation. The young will flee; the old will stay, condemned to misery. Ukraine’s southeast will come to resemble the separatist entities in Luhansk and Donetsk.

At least these miserable people will be alive. As to the thousands of war dead—all young, many complicit in Zelenskiy’s election—they won’t have the opportunity to reconsider their vote.