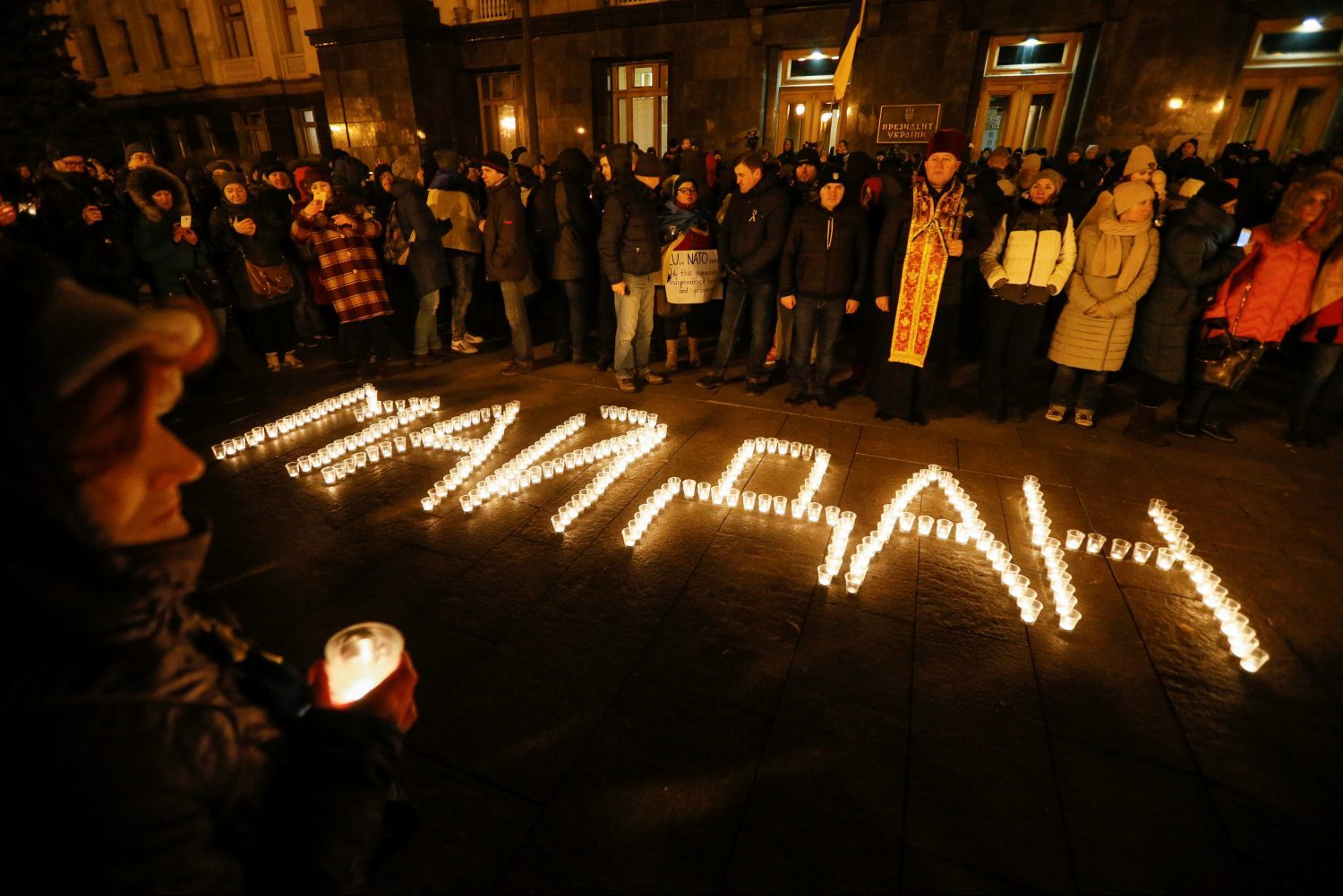 People gather near lit candles arranged to read "Maidan" during a rally marking the 6th anniversary of the beginning of the Ukrainian pro-European Union (EU) mass demonstrations, in Kyiv, Ukraine November 21, 2019. REUTERS/Valentyn Ogirenko

On December 2, Peter Dickinson will take over as the third editor of the UkraineAlert blog. Dickinson, a long-time writer and observer of all things Ukraine, is the publisher of Business Ukraine and Lviv Today. The British-born editor has been the most popular contributor to UkraineAlert for years and aims to add culture and sports to the regular repertoire of our coverage.

I have every confidence that Dickinson will expand the blog in new and exciting ways, and I will continue to contribute regularly, but I must admit that handing over the UkraineAlert blog is not easy. I have been the editor of the UkraineAlert blog for four-and-half years, and Ukraine has become an essential part of my life. Ukrainian civil society activists often overnight in my spare bedroom, my husband’s goulash has become the staple dish for visiting dignitaries from Kyiv, and my small daughter has grown up knowing the names of activists and politicians who fight daily so that Ukraine finally lives up to its promise.

As we approach the Thanksgiving season, it’s right and proper to thank the hundreds of people who have written for the blog, trusted me with their stories, and shared their insights and expertise.

At the top of my list is someone most of you do not know. Amanda Abrams often took the first cut at essays and always edited my columns. Anything she touches is vastly better. Simply put, there’s no way I could have produced this publication without her.

Watching Ukraine change over the last five years has been a dream come true for a nerdy social scientist. There are too many people to name who have guided me, but two people deserve a shout out: the towering public intellectual Yevhen Hlibovytsky challenged me to get out of Kyiv and take the country’s regions seriously. He drove me to Ivano-Frankivsk and Lviv and then enabled me to go to the Donbas and see things first-hand. There’s no better travel or intellectual sparring partner than Yevhen. Sergiy Gusovsky, a reform politician in the Kyiv city council, has spent hours teaching me the intricacies of Ukrainian politics and opened new dimensions of coverage and enhanced my understanding of Ukraine by a factor of ten.

UkraineAlert’s contributors hail from a variety of places, but perhaps the most prolific and powerful is Diane Francis of Toronto. A retired top editor, Diane churns out column after column because she passionately believes in Ukraine. Thank you, Diane, for continuing to use your influential voice to encourage Kyiv to do the right thing.

There’s no one that I admire more in Ukraine than its independent journalists and bold civil society leaders. Kyiv Post chief editor Brian Bonner deserves his own essay and perhaps a book. Vitaly Sych at Novoe Vremya, Serge Berezhnoy formerly with Liga.net, and Maryana Drach at Radio Svoboda made a point out of sharing information and helping me countless times. On the civil society side, UkraineAlert would not have succeeded without the care of Olena Halushka at the Anti-Corruption Action Center, Oleksandra Ustinova formerly with the Anti-Corruption Action Center and now an MP in her own right, and Elena Prokopenko, formerly with the Reanimation Package of Reforms. Both Olena, Sasha, and Elena constantly provided story ideas, information, and helpful introductions.

While I have assumed a new role, I am not done with Ukraine. As Sergiy Gusovsky once told me, “Foreigners never get over Ukraine,” and he’s right. I will continue to write, speak, and comment on Ukrainian politics, exhorting Ukraine’s new government to fulfill its promise to bring peace, prosperity, and justice to an extraordinary country, and pressing the United States to continue to support this worthy ally.

Over to you, Peter.

Melinda Haring is the deputy director of the Eurasia Center and the former editor of the UkraineAlert blog. She tweets @melindaharing.