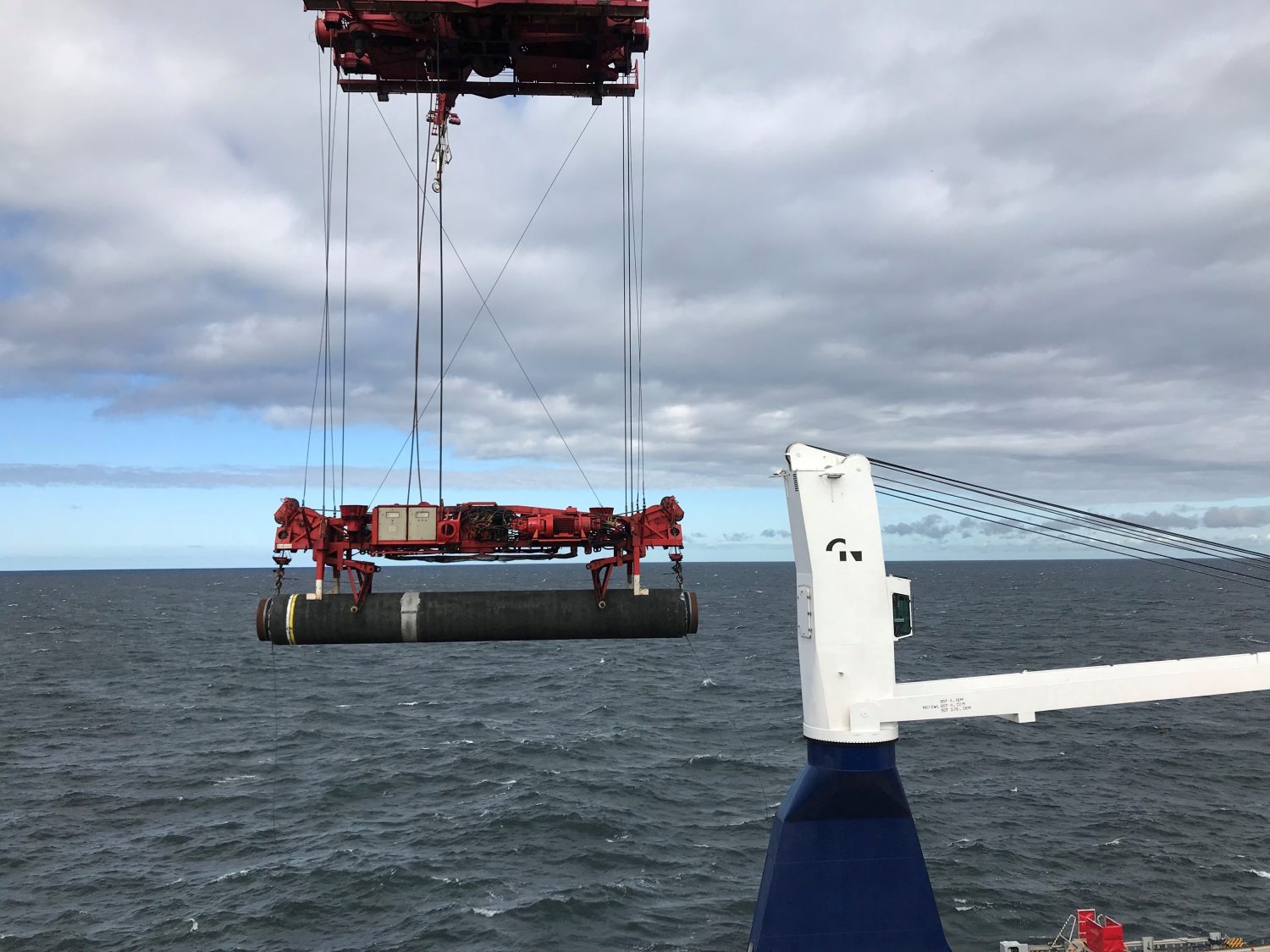 But there has been a procedural delay and time is running out. The act targets sanctions against one company, Allseas, which is providing a critical deep-sea pipe-laying vessel to install Nord Stream 2 on behalf of Gazprom, and it is only three months away from finishing the job unless it is stopped.

Sources say President Donald Trump will sign the sanctions bill into law by the end of the year.

These sanctions will give Europe two or three years’ time to develop safeguards against Gazprom and Russia which have stated they will defy any European constraints once allowed into the continent.

Unfortunately, there is a snag which may delay sanctions too far into the New Year when they will be irrelevant because the Nord Stream 2 pipeline undersea work will have been completed.

Democratic Senate leader Chuck Schumer wants these sanctions included as part of a broad Russia sanctions bill and not piecemeal. By contrast, his Republican counterpart Mitch McConnell has signed off already on including the sanctions in the defense bill to get them done.

The consequences of not passing sanctions are dire to Europe, according to the co-sponsors of the sanctions. In July, the House and Senate Foreign Relations Committees overwhelmingly passing these sanctions, a rare show of unanimity. The House companion bill was sponsored by Congressman Adam Kinzinger with his colleagues Danny Heck and Greg Pence.

His co-sponsor, Jeanne Shaheen (D-NH) echoed his concerns. “The Nord Stream 2 project is another means by which Russia can spread its malign influence by exploiting Europe’s energy dependence—a tactic that the Kremlin has a history of deploying.”

John Herbst, director of the Eurasia Center at the Atlantic Council, noted the urgency of passage. “Stopping Nord Stream 2 is in the interests of the United States and European Union and the way to ensure that is to place sanctions in the National Defense Authorization Act.”

Putin’s Nord Stream 2 is not an ordinary natural gas pipeline. It’s an underwater pipeline that will give Putin the power to plunge the Soviet Union’s former satellites and republics in Europe into darkness.

The future of Nord Stream 2 and TurkStream: The impact of sanctions legislation

Europe needs America’s help to stop it. The pipeline is an all-water route linking Vyborg, Russia to Lubmin, Germany, and will bypass Ukraine’s pipeline and strand Poland, the Baltics, and others. Germany supports the line and would become the hub and distributor throughout the region for Gazprom, Russia’s giant gas corporation.

The project serves another strategic purpose for Putin. It has divided European Union members as well as caused concern within the trans-Atlantic alliance.

The pipeline represents a grave threat to Europe. Currently, Russia supplies one-third of Europe’s natural gas and delivers it through three pipelines, one through Belarus and Poland, another through Ukraine and Slovakia, and Nord Stream 1. Nord Stream 2 will replace the first two, creating a dangerous and vulnerable infrastructure dependency. And attempts by Poland and others to halt its construction have failed.

Poland and others in the Baltics have raced to build and import LNG from Norway and the United States to remove their dependency on Russia. Likewise, Ukraine has been told by Russia that a gas contract is impossible by the end of the year, unless it waives the $3-billion judgment it received against Russia from arbitration. (This is the amount it paid Russia for gas that it never received, but had to transmit to Russia’s Central European customers then buy back for its own use.)

Denmark held up its environmental approval of the undersea pipeline through its territory as long as it could, but relented last week. Even so, Russia said it would re-route the line. Gazprom also said it would not comply with a European Union directive adopted last April that would force Gazprom to divest the pipeline to independent operators, and guarantee transparency and non-discriminatory pricing.

Without compliance, Gazprom will be able to strong arm its use and to manipulate prices to gouge users or to shut out future LNG competition. It has already unleashed a disinformation campaign, sued opponents, and dispersed unseemly inducements to European officials and influencers to get this far.

Procedures cannot be allowed to stand in the way of helping Europe keep Russia at bay. Sanctions to stop the pipeline for two to three years will allow Europe and Ukraine and Poland to impose rigid rules as well as to lock in, or develop, alternative sources of natural gas.

“Once Nord Stream 2 is built, Putin can do with Ukraine whatever he wants, and then we have potentially his army on the eastern border of the EU,” Poland’s former Prime Minister Mateusz Morawiecki warned two years ago.

Is Europe giving up on Ukraine?

Some European leaders seem to want a new approach with Ukraine.