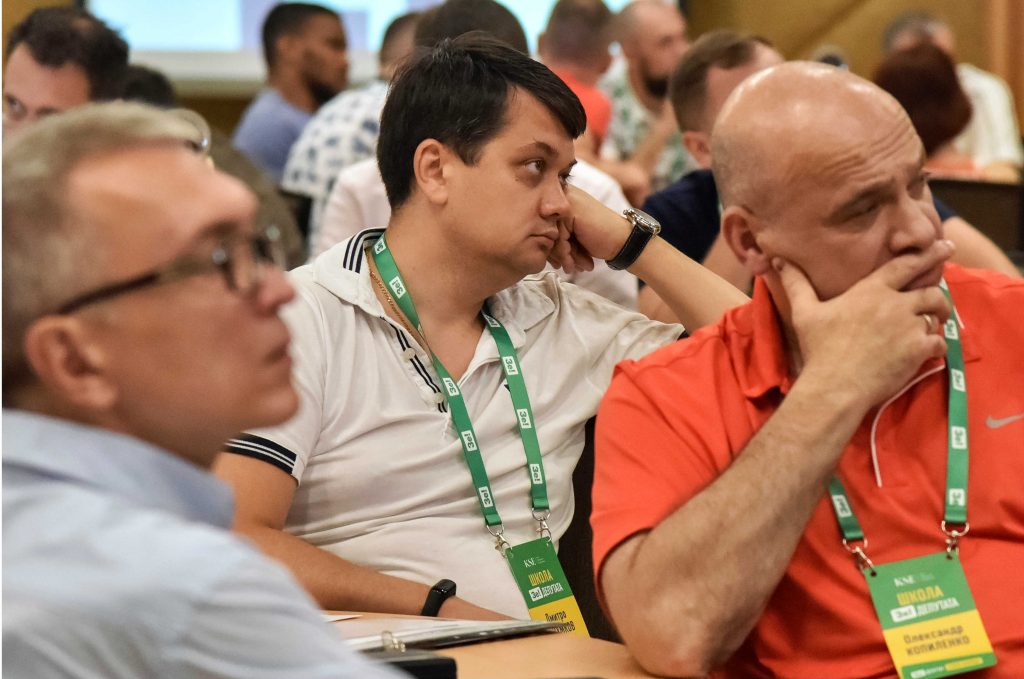 In Ukraine, abolishing parliamentary immunity is a popular notion, because the Verkhovna Rada is one of the least-trusted institutions. Traditionally, some of Ukraine’s lawmakers find a seat in the Rada attractive because they seek protection from prosecution while pursuing their individual interests.

There are downsides to abolishing immunity. The most extreme is this: Ukraine’s new lawmakers could end up at the mercy of the executive instead of being an effective counterweight. In Ukraine’s semi-presidential system, the government is accountable to parliament, too, rather than being subordinated exclusively to the president.

If immunity were lifted, things may even go well for a while, as long as responsible people were in the right positions. However, should a power-conscious and ruthless individual take over, there would be trouble. It is all too easy to eliminate a parliament that gets in the way, with groundless proceedings or politically motivated accusations.

The example of Cambodia on the eve of the 2018 parliamentary elections offers a recent warning. When things looked bad for President Hun Sen’s party in upcoming elections, the existing parliamentary majority of his party abolished lawmakers’ immunity. Shortly thereafter, all elected opposition members found themselves in court or prison, and in the end, Hun Sen’s party ended up with 100 percent of seats in parliament.

The problem in Ukraine lies in how the immunity system is handled. Immunity is meant not to protect an individual member of parliament; it is supposed to safeguard the body of parliament and the activities it carries out. In other words, immunity must protect the freedom of speech of those elected, and not lead to impunity in other matters unrelated to a parliamentarian’s mandate.

In developed parliamentary systems, at a certain point in investigations against a lawmaker, parliament is consulted. Parliament then checks whether the investigations underway could impair how parliament functions. If parliament concludes that its functioning is not impaired, it lifts the immunity of the lawmaker concerned; charges against him or her are brought and, if necessary, pre-trial detention is ordered. The examination and, if necessary, the waiver of immunity take place quickly and quite silently, so that proceedings under the rule of law against the lawmaker are not held up for long.

In the Bundestag, the German federal parliament, a special committee (the Verification of Credentials and Immunities) is in charge. This small but elite committee, populated by the heads of the political groups within parliament, is tasked with dealing with immunity matters in a confidential fashion. They adopt, usually by consensus, a proposal for a plenary decision, which often appear formulaic. For example: “The Bundestag may decide: The immunity of deputy Schmidt is lifted with regard to the following specific preliminary proceedings and investigations.” The plenum usually reaches a decision without debate, most often unanimously. It is rare for any detail of the procedure to be leaked. The press coverage comes only later with the court proceedings. In Germany, the majority of immunity cases lack drama and usually address drunk driving or traffic infringements. And while this sometimes involves a hit-and-run case or crimes having to do with fraud or bankruptcy, the procedure remains the same.

Coming back to Ukraine, abolishing immunity is no magic bullet to eliminate the impunity some lawmakers may seek and find with their parliamentary mandate. In itself, abolishing parliamentary immunity cannot break the critical link between oligarchic groups and mandates in parliament. It cannot make up for the existing flaws in the justice system and it would certainly not fix corruption.

The fact that such a solution as abolishing immunity for lawmakers altogether is currently being sought in Ukraine points to the desire for an easy shortcut or indicates a lack of understanding of this parliamentary safeguard clause.

Instead of abolishing immunity for lawmakers, it would be recommendable to use the immunity rules wisely in order to eliminate the effects of the de facto impunity of individual lawmakers without endangering parliament’s function and lawmakers’ independence in the long term. In order to achieve this, the new Verkhovna Rada’s committees must be staffed responsibly with individuals who are supported in their work. For example, respected and independent individuals should be assigned to the key parliamentary committees entrusted to deal with immunity matters. Experienced expert-colleagues from EU parliaments could assume a continuous partnership, consult their counterparts, and provide a second pair of eyes that the immunity procedure is implemented fairly and consistently.

In a nascent democracy like Ukraine, with weak rule of law and a corrupt judiciary, abolishing parliamentary immunity altogether would weaken the Rada vis-à-vis an already strong president. If responsible individuals implemented immunity rules wisely, this could help safeguard the separation of powers and reduce the risk for lawmakers to be prosecuted on politically motivated charges in case they spoke up critically. This is the right way forward for Ukraine.

Manfred Richter was the chief whip of the Free Democratic Party parliamentary group in the Bundestag from 1990 to 1994. At present, he is a board member of the Friedrich Naumann Foundation for Freedom and frequently advises parliaments and political parties around the world.

Miriam Kosmehl is a senior expert with the Bertelsmann Stiftung, a private operating foundation in Germany established in 1977 and an independent, nonpartisan and nonprofit think tank. She directed the Ukraine office of Friedrich Naumann Foundation from 2012 until 2017.