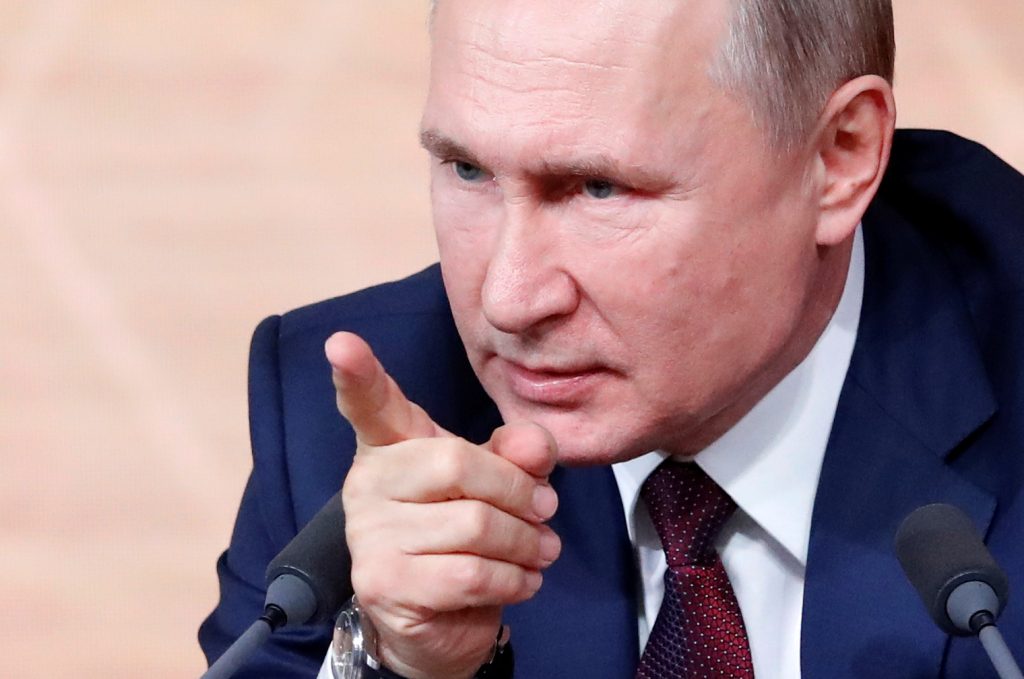 Ever since his landslide election victory in spring 2019, Ukrainian President Volodymyr Zelenskyy has been eager to demonstrate that, unlike his “nationalist” predecessor Petro Poroshenko, he can negotiate a compromise with Russian leader Vladimir Putin. However, it is now increasingly obvious this approach will not work, and there is very little Ukraine can do about it. Zelenskyy’s genuine desire for peace through compromise is simply anathema to Putin, who sees compromise as weakness and rejects any proposals that would mean tacitly acknowledging Ukraine’s right to full independence from Russia.

Crucially, a compromise peace would leave Ukraine open to pursuing its strategic goals of Euro-Atlantic integration, while thwarting Putin’s primary objective of keeping his neighbor where he believes it belongs, which is firmly within the so-called Russian World. Despite Zelenskyy’s talk of dialogue and compromise with Russia, he is committed to maintaining Ukraine’s integration into the European Union and NATO. This is a red line for the Kremlin, and lies at the heart of the current conflict. The road to today’s undeclared war between Russia and Ukraine is a long one, but the immediate causes can be traced back to Putin’s November 2013 pressuring of Ukraine’s then-president Viktor Yanukovych to abandon Euro-integration and drop plans to sign an Association Agreement with the EU.

Putin is obliged to adopt an uncompromising stance because his vision of an eastwards-looking Ukraine is increasingly at odds with Ukrainian public opinion. Ironically, it is Russian aggression that has caused Ukrainian society to swing decisively in favor of Euro-Atlantic integration. Since the outbreak of hostilities, negative views of Moscow that were once largely confined to western Ukraine have gained considerable ground throughout the country, not least because Russian-speaking Ukrainians have suffered most from the Kremlin’s military intervention in Ukraine. Indeed, a recent poll found that 74 percent of Zelenskyy’s own Servant of the People voters, many of whom come from Ukraine’s traditional Russian-speaking heartlands, regarded Russia as the aggressor. This reality undermines Kremlin propaganda tropes about “repressed Russian-speaking Ukrainians”. In fact, there are large numbers of Russian-speaking soldiers currently serving in the Ukrainian Armed Forces. Illustrating this point, eastern Ukraine’s largely Russian-speaking Dnipropetrovsk Oblast has suffered the highest number of combat casualties nationwide.

There is an element of Groundhog Day in Zelenskyy’s belief that he can find middle ground with Moscow. A quarter of a century ago, Leonid Kuchma was similarly elected Ukrainian president in opposition to his “nationalist” predecessor Leonid Kravchuk. Kuchma, like Zelenskyy, also claimed he would be more successful in negotiating with Russia. This proved impossible for Kuchma, just as it will prove impossible for Zelenskyy. Any Ukrainian leader dealing with Russia must grapple with the fact that the Russian political leadership does not respect Ukrainian sovereignty or borders, and believes Ukrainians and Russians are “one people.” Regardless of who sits in the Kremlin, there is a consensus in Moscow that Ukraine is essentially a domestic Russian issue. Putin himself underlined this point at his latest annual press marathon on December 19, referring to Ukraine’s southern and eastern regions as “native Russian lands”.

This fundamental incompatibility between Ukraine’s European ambitions and Russia’s imperial pretensions makes a meaningful peace unattainable. Instead, the conflict in eastern Ukraine is already de facto frozen, and will likely remain so for a long time to come.

Basic disagreements also exist over core elements of any roadmap to peace. Like Poroshenko before him, Zelenskyy cannot agree with Putin over the sequencing of political and security steps outlined in the 2015 Minsk agreement, while Putin refuses to countenance any talk of revisions. The Ukrainian leader also rejects Russian attempts to transform the occupied eastern regions into a Trojan house within Ukraine via constitutionally-enshrined special status.

Even if agreement on a general roadmap towards peace were to prove possible, the problems of implementation would be overwhelming. With an estimated 35,000 troops under Kremlin command, the demilitarization of Ukraine’s occupied eastern regions would necessarily take many years, if not decades, to complete. To put this into context, it took a number of years to demilitarize Northern Ireland, despite involving only a few thousand paramilitary members with light weapons. In comparison, there are currently two armies established and supplied by Russia in Ukraine’s occupied east, with more tanks at their disposal than many major European countries. Russia could not allow these forces to simply withdraw across the border without undercutting the Kremlin’s attempts to define the conflict as an internal Ukrainian affair.

The issue of amnesties also presents challenges Ukraine is ill-equipped to address. Putin wants a blanket amnesty for all serving troops and officials in the occupied east, while Zelenskyy says those with blood on their hands must answer for their crimes. In a best-case scenario, it would take years for a South African-style Truth Commission to identify who was guilty of committing serious crimes during the conflict. Furthermore, there is ample reason to doubt whether Ukraine’s judicial system would be able to handle this burden. After all, Ukraine’s prosecutors have yet to complete a string of nationally important investigations including the 19-year old Georgi Gongadze murder case, the 15-year old Viktor Yushchenko poisoning, and the killings during the Euromaidan Revolution in 2014.

If peace talks somehow enabled the process to move towards local elections in occupied eastern Ukraine, major questions would then arise over voter eligibility. Zelenskyy supports the participation of the estimated 1.7 million internally displaced people (IDPs) who have left the conflict zone since 2014 for government-controlled Ukraine. Putin appears to be moving in the opposite direction, issuing Russian passports to hundreds of thousands in the occupied east and extending the invitation to all Ukrainians living in Donetsk and Luhansk oblasts.

The issue of voter rights for IDPs would prove particularly thorny. Many IDPs lost family members, homes and businesses as a result of Russian aggression. They have already voted with their feet. After spending the past five years living in government-controlled Ukraine, these potential voters would be significantly less likely to buy into Russian depictions of the country as “fascist”, with many becoming increasingly patriotic instead. Their involvement in future east Ukrainian local elections would, therefore, threaten the success of pro-Russian political forces, which means the Kremlin is unlikely to allow any such vote to take place at all.

There are clearly numerous practical obstacles to peace in eastern Ukraine, but none are as decisive as the Kremlin’s refusal to accept the loss of a country that many in Moscow continue to view as central to Russia’s national identity and crucial for Russian geopolitical security. This leads to the conclusion that a long-term frozen stalemate is the best option among the exclusively bad choices currently available to Ukraine.

The challenge now is to convince Ukrainian and international audiences that the Ukrainian authorities have done everything in their power to achieve peace and are worthy of continued support. Zelenskyy succeeded at the Paris summit in portraying himself as a peacemaker willing to compromise, while leaving Putin in the role of a hardliner. This was a promising beginning. The Ukrainian leader now needs to be honest with his fellow Ukrainians. He must tell them that peace on Putin’s terms would threaten the country’s independence, leaving no alternative but to accept the reality of a frozen conflict. At the same time, US and EU policymakers need to recognize Russia’s responsibility for the creation of yet another festering wound on the eastern fringes of Europe.

Taras Kuzio is a non-resident fellow at the Foreign Policy Institute at Johns Hopkins-SAIS and a professor at the National University of Kyiv Mohyla Academy. He is also author of “Putin’s War Against Ukraine” and co-author of “The Sources of Russia’s Great Power Politics: Ukraine and the Challenge to the European Order”.

Kyiv not Kiev: Why spelling matters in Ukraine’s quest for an independent identity

A number of global heavyweights have recently adopted the Ukrainian-language derived “Kyiv” as their official spelling for the country’s capital city, replacing the Russian-rooted “Kiev.”

Paris impasse: Time for Zelenskyy to get real about Russia