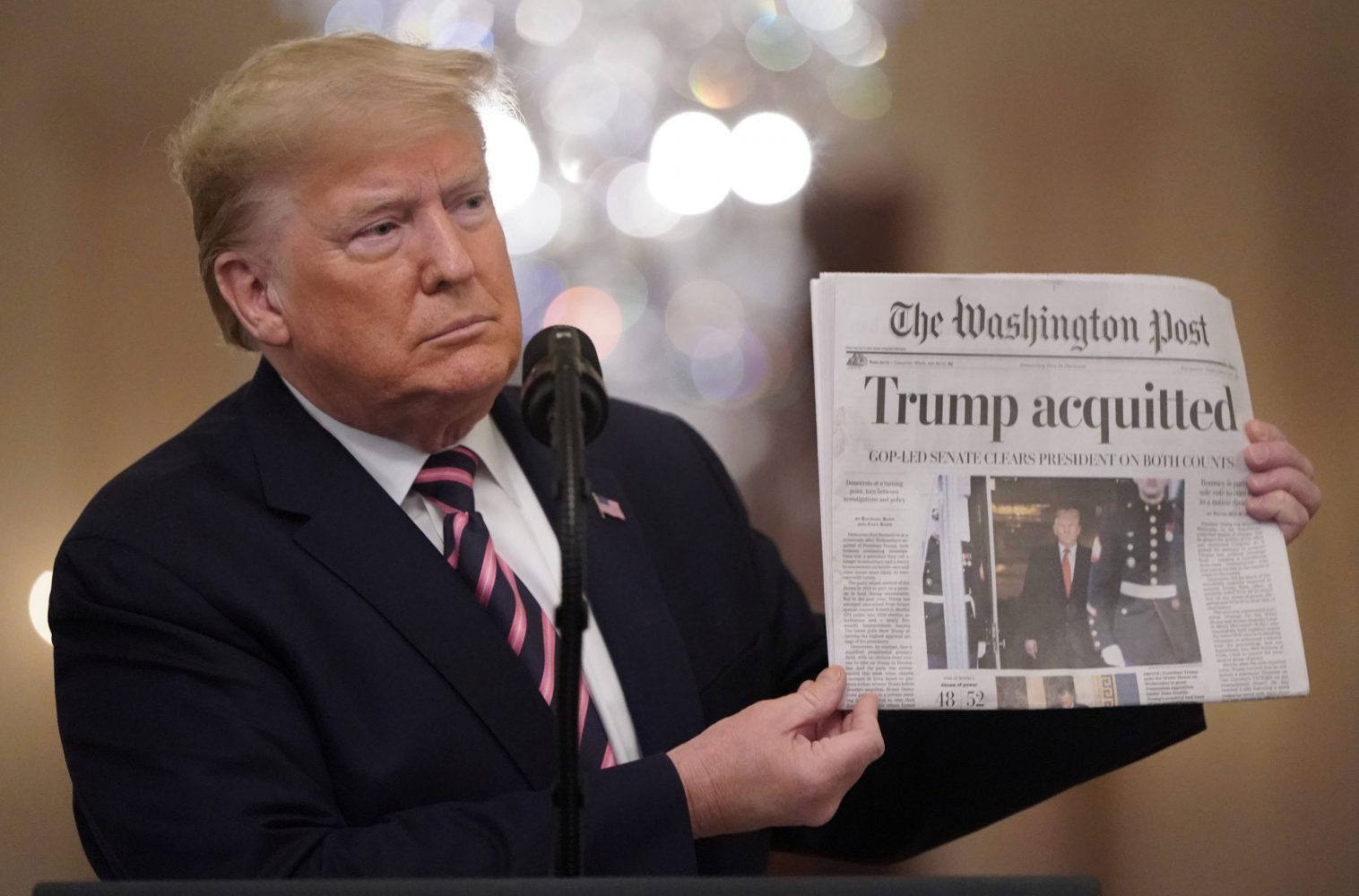 I first moved from Ukraine to the United States in April 2019, the day before Ukrainian voters elected TV comic Volodymyr Zelenskyy as the country’s new president. Little did I know that within less than six months, Zelenskyy would become a household name among Americans and a central figure in the impeachment of President Trump.

If somebody had told me all this prior to my arrival, I would have laughed. However, I now appreciate that this is a special time to be a Ukrainian journalist in the United States. The impeachment drama has had a huge impact on Ukraine’s place in the American imagination, and I have felt these changes profoundly in both my professional and personal life.

After decades spent largely in the post-Soviet shadows, Ukraine first caught the world’s attention in early 2014. The country’s Revolution of Dignity catapulted it into the global headlines, and it remained there for a prolonged period due to the subsequent Russian occupation of Crimea and the outbreak of war in eastern Ukraine. Inevitably, this interest faded. Within a year, the ongoing conflict in Ukraine had been replaced in the news cycle by coverage of Syria and the refugee crisis in the European Union, followed by the Brexit referendum and the US presidential campaign.

With Ukraine appearing less and less in the international media, Ukrainians began to complain that the conflict in the east of their country had become Europe’s forgotten war. All this changed in July 2019, when a single phone call between presidents Trump and Zelenskyy thrust Ukraine firmly back into the spotlight.

By early autumn 2019 Ukraine’s prominence in the US media had reached absurd levels. Every morning on Fox, CNN, and NPR, I would hear endless references to Ukraine followed by words like “corruption”, “impeachment”, and “quid pro quo”. This was an unprecedented breakthrough for Ukraine’s brand recognition but did little to create a positive image for the country. It was also disorientating and left me feeling strangely self-conscious about my Ukrainian nationality as I went about my daily business in Washington D.C. When your previously underexposed homeland suddenly finds itself at the heart of the biggest political scandal in years, it is difficult to disengage.

At first, I assumed this newfound obsession with Ukraine was limited to the national media and the political classes in Washington DC itself, but I was wrong. During a work-related trip to the Rio Grande Valley in Texas, I visited a diner in a small border town. As I ate my tacos, my attention was drawn to a TV silently broadcasting the local news channel. Guess who I saw? President Zelenskyy. There was no escape. Even here on the Mexican border, Ukraine was the talk of the town.

As the impeachment drama unfolded, I began to notice how attitudes towards me were also changing. In pre-impeachment America, most people would politely nod and feign interest whenever I told them where I was from. Now it was for real. “Oh, Ukraine!” they would say. Trying to guess exactly how people would react, and what questions they would then ask me, became a new source of entertainment.

Republican voters and conservatives would often complain that Ukraine was a troublemaker. Some would question me about allegations that Ukraine had meddled in the 2016 US election. On one occasion, I was asked whether I had moved to the United States because it was dangerous to be a journalist in Ukraine. The responses from liberals and Democrat voters were usually different and tended to be more sympathetic. Some were actually apologetic that Ukraine had been drawn into US domestic politics.

Probably the best thing about being a Ukrainian in the US during the impeachment drama has been the humor. My landlord likes to joke that I am now a risky tenant. “What if I get accused of having financial ties with Ukraine?” he quips. When somebody broke the lobby door, he jokingly asked if I was responsible, “because Ukrainians are behind all the problems in DC these days.” When I returned from a trip home, my American friends were quick to ask, “Well, did you find some dirt on Biden?” Even bartenders are getting in on the act. One DC barman recently assured me that I resembled Zelenskyy. That fact that he knew what the president of Ukraine looks like says it all.

Naturally, Ukraine’s role in the impeachment proceedings has also significantly added to my workload as a journalist. In the early stages of the impeachment inquiry, every day was a breaking news day. It was challenging and exhausting, but I could not break away from the Congressional hearings and the endless flow of new documents. It was like watching a hit TV series where the storyline just happens to revolve around your homeland.

Amid the revelations, there has been a considerable amount of distortion and manipulation. Ukraine has been labelled as one of the most corrupt countries in the world, a claim that significantly exaggerates the country’s admittedly serious problems with corruption. There has also been plenty of confusion. One Congressman stated that Ukraine, and not Russia, had invaded Georgia in 2008. Meanwhile, Democrat arguments that withholding military aid put Ukrainian lives at risk helped create an inaccurate impression of Ukraine as entirely dependent on American support. In reality, the Ukrainian military is a combat-capable force that has done much to counter Russian aggression.

When the impeachment process paused over the festive season, I expected Ukraine to drift off the radar. Then, in early January 2020, Iran shot down a Ukrainian commercial airliner. The tragedy put Ukraine back in the headlines. “Seriously? Why is it always Ukraine?” my landlord asked. I did not have an answer. All I know is there has never been a better time to be a Ukrainian journalist in the US, and after the frenzied coverage of the past half-year, Americans will never look at Ukraine in quite the same way again.

Ostap Yarysh is a journalist at Voice of America’s Ukrainian service. His views do not represent those of VOA or the US government.

US-Ukraine ties after the impeachment drama

The Trump impeachment drama has placed enormous strain on US-Ukraine ties but Kyiv continues to rely on American support in its struggle against Russian aggression. How will the US-Ukraine partnership now evolve?