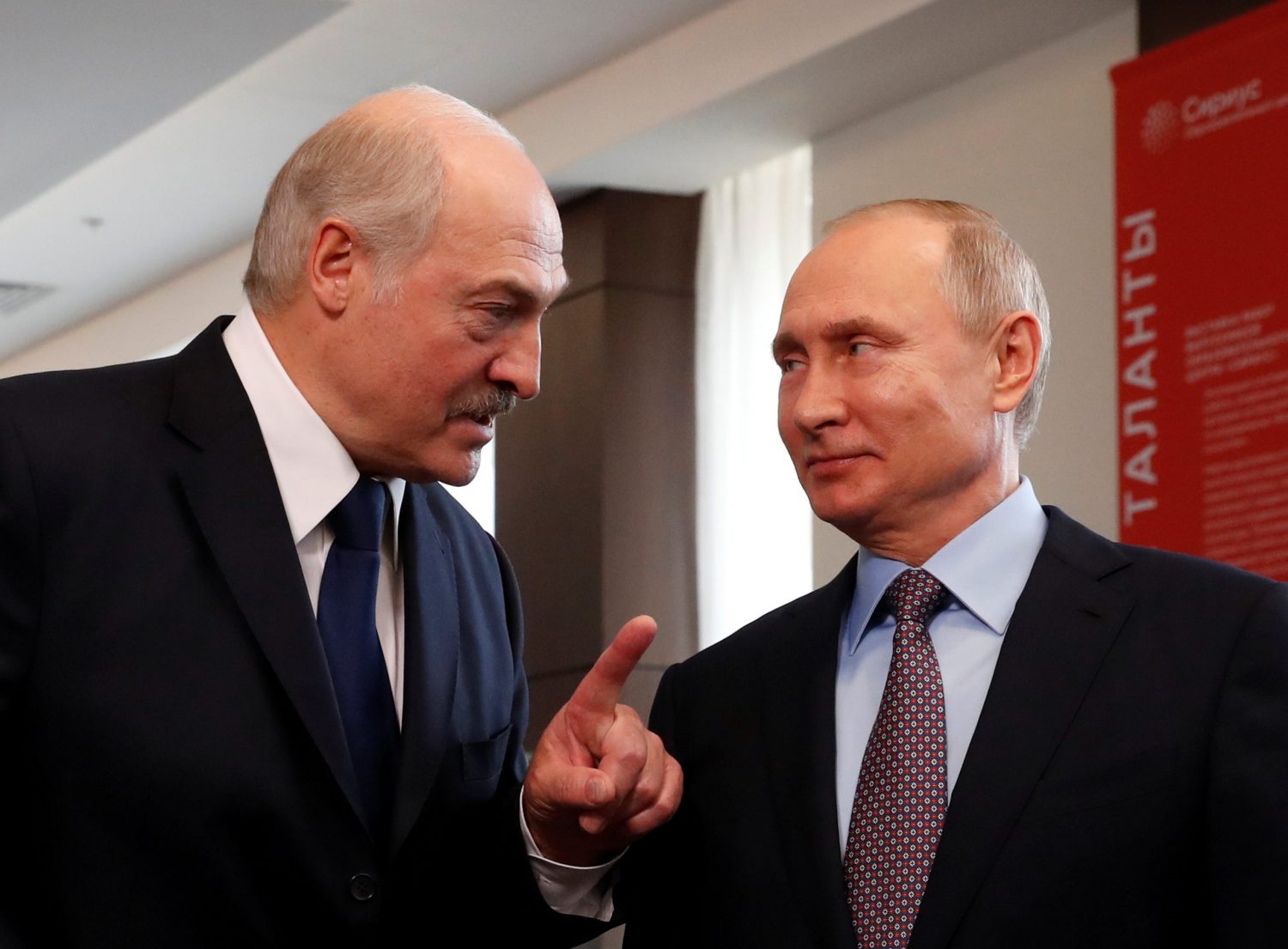 Vladimir Putin caught everyone off guard this month with proposals for a constitutional overhaul that could allow him to continue ruling Russia indefinitely once his current presidential term ends in four years’ time. Prior to Putin’s announcement, many expected him to extend his reign beyond 2024 via a merger of Russia and Belarus, creating a so-called Union State that he would then lead. Putin’s January 16 constitutional conjuring trick makes this unification scenario significantly less likely. Nevertheless, we should not count on the Russian leader’s appetite for expansionism abating, and Belarus remains the most obvious target.

Talk of a deepening union between Russia and Belarus is not new, but efforts in this direction have gained pace during the past year amid speculation over Putin’s post-2024 plans, and as Moscow seeks to secure its western borderlands amid the ongoing war with Ukraine. Putin has turned up the pressure on Belarus President Alexander Lukashenko in recent months, raising energy prices and lowering subsidies. With tensions mounting, the two presidents met in December 2019, but failed to agree on a path forward. This lack of progress highlights the growing differences between Moscow and Minsk. Signs of estrangement first became apparent in 2014, when Lukashenko refused to recognize the Kremlin’s acquisition of Crimea. The rift widened when he rejected Russian overtures to establish military bases in his country.

Despite being landlocked and geopolitically dependent on Moscow, Belarus has shown little overt enthusiasm for Putin’s proposed Anschluss. Indeed, in recent weeks, Lukashenko has even taken the unusual step of making a public and speculative threat on behalf of the West. “If Russia tries to violate our sovereignty as some people say, you know how the global community will respond; they will be drawn into a war,” Lukashenko said during a December 24 radio interview in Russia. “The West and NATO won’t tolerate that, because they would see it as a threat to themselves. In that sense, they would be right.”

This was a bold statement for a leader lacking any definite arrangements with the West, but Lukashenko, whose mother’s family is Ukrainian, appears to be copying the Ukrainian playbook by cozying up to the European Union and United States. This stance is producing results. President Trump’s then-national security advisor John Bolton met with Lukashenko in August 2019 in what was widely interpreted as a show of support for Belarusian independence. One month later, the US agreed to appoint an ambassador to Minsk for the first time in over a decade.

Lukashenko has hedged his geopolitical bets in a wide range of areas. He has asked the Poles and Lithuanians to help him replace Russia as the country’s sole energy supplier. He has talked with NATO about participating in military exercises, and held meetings with the EU about cooperation and visas. Looking beyond the West, he has granted infrastructure construction concessions to China, while also strengthening financial ties with Beijing.

One area where Lukashenko has avoided playing catch-up with Ukraine is in the development of a strong civil society capable of countering Russian influence in the country. Instead, he has repressed reforms and cracked down brutally on dissent. However, there are also growing signs that he may be prepared to mobilize Ukraine-style identity politics and people power in his efforts to resist Russian encroachment. Over the past year, Lukashenko has switched languages from Russian to Belarusian in his public addresses. More significantly, he has allowed relatively large-scale anti-unification protests to go ahead, featuring placards reading “First Crimea, then Belarus” and “Stop Annexation!” It’s a high-wire act, but Lukashenko is a wily dictator who can count on significant popular support from Belarus’s 9.5 million population in any confrontation with the Kremlin. An escalation in Russian efforts to establish a Union State would likely lead to mass protests in large cities. There is also a strong possibility that attempts to occupy the country would be met by resistance.

Despite these challenges, the ball is still firmly in Putin’s court. He may yet decide to move quickly rather than run the risk of Belarus eventually following Ukraine’s increasingly successful model of European integration. In a symbolic moment for the region, the final weeks of 2019 saw the Ukrainian minimum wage outstrip those of Belarus and Russia for the first time.

So far, official Ukraine has remained silent on the developing situation between the country’s two northern neighbors. Some Ukrainian observers regard the Russian absorption of Belarus as “inevitable” but argue that it could eventually work in Kyiv’s favor. “If Russia takes over Belarus, this is bad for Ukraine in the short-term, but in the long run, it will be yet another burden for Russia,” wrote Ukrainian commentator Oleksandr Khara. “Moscow’s expansionist policy may not be as large as it was in Soviet times, but it is being implemented. However, given the resource overload, it simply brings Russia closer to a deep crisis or even collapse.”

Visions of an overstretched Russia are unlikely to deter Putin if he thinks his regime will be strengthened by securing control over Belarus. Nor can NATO be expected to come to the rescue. The West is highly unlikely to go to war in support of a repressive dictator such as Lukashenko, especially given how it refused to intervene in 2014 on behalf of a fledgling democracy like Ukraine. Nevertheless, the occupation of a second European nation by the Kremlin would likely result in massive sanctions and blanket global condemnation.

For now, the consensus is that Putin’s new constitutional shakeup, and the referendum that is to follow, will keep him preoccupied for some time. Meanwhile, Lukashenko is also a formidable foe who should not be underestimated. “I want our country to remain Belarus, to be in the center of Europe, stable, with uncompromised borders,” he stated in October 2019. Even so, many will be monitoring Belarus closely during the coming year as the most likely stage for Putin’s next big foreign policy adventure.

Diane Francis is a senior fellow at the Atlantic Council’s Eurasia Center, Editor at Large with the National Post in Canada, a Distinguished Professor at Ryerson University’s Ted Rogers School of Management, and author of ten books.