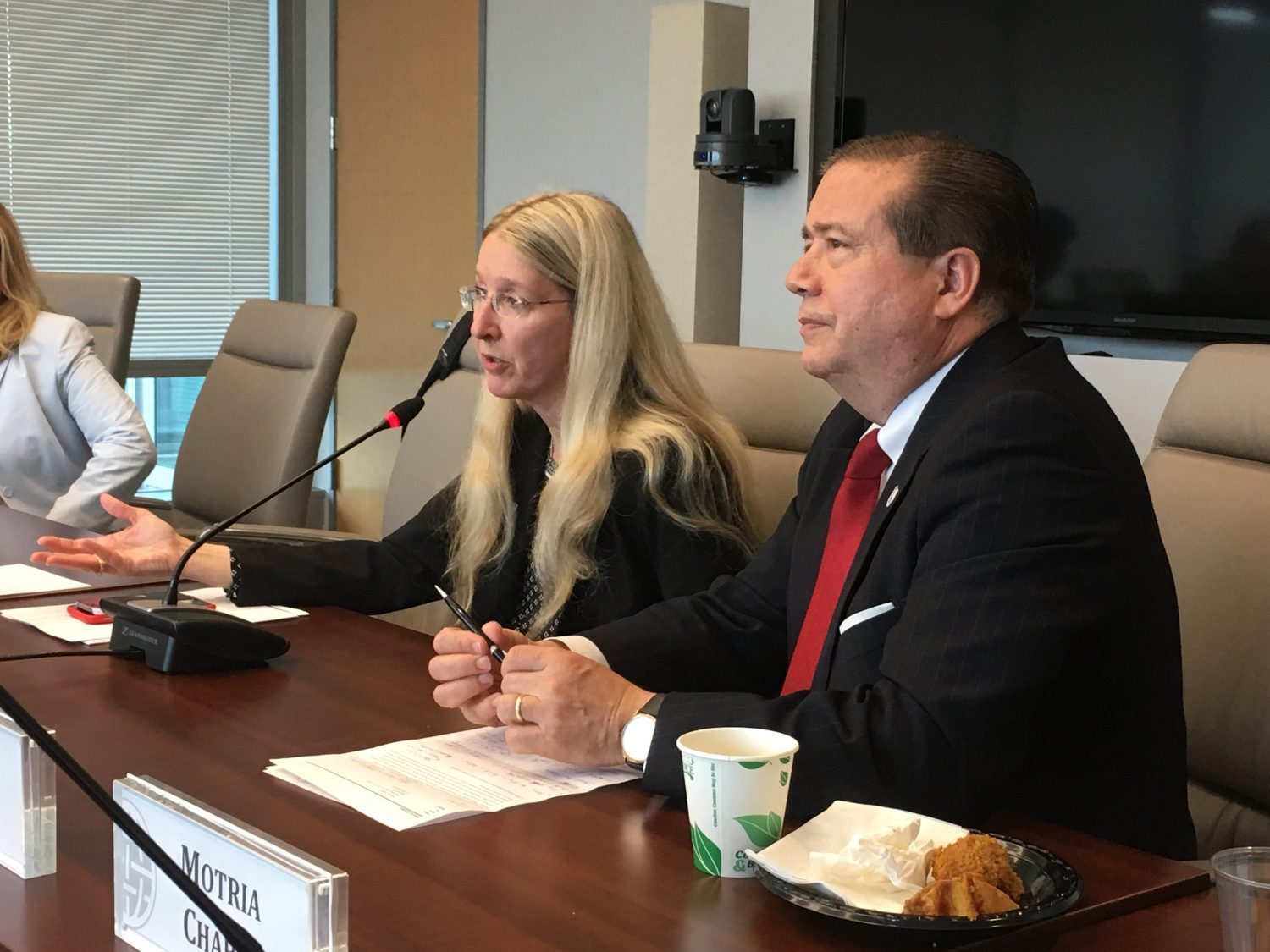 Ulana Suprun looks more rested than usual. Suprun, the longest-serving health minister in Ukraine and an American-born physician, just flew into Washington for meetings to offer her impression of where things stand in Ukraine. She has only been out of government for five weeks, but she’s watching its political situation closely and speaking out as needed. It’s been quite a year for Ukraine: the country has a new president and parliament, both green, and the country is now caught up in the biggest international scandal of the year.

But Ukrainians are fixated on something else. Many fear that the new president is about to give away the Donbas, and Suprun is worried too.

On October 1, President Volodymyr Zelenskyy agreed to a controversial framework called the Steinmeier Formula to end the war in Ukraine’s east. Many in Ukraine worry that the Steinmeier Formula will allow elections to be held in Ukraine’s occupied territories without Ukraine first getting control of the Ukrainian-Russian border and without Russian-backed troops having to leave. Elections held under these circumstances would benefit Moscow and tear Ukraine apart. Zelenskyy—who had promised in his campaign to finally bring peace to Ukraine—was vague when he made the announcement, which triggered protests. Activists held banners that read “No Capitulation,” and just about every political party denounced the president’s decision.

Suprun has expressed support for the activists online and in person. “When you simply agree to the framework given to you by the other side, then that’s capitulation,” she said. She, of course, is referring to Moscow, which refused to negotiate until Ukraine signed the formula.

Zelenskyy clarified his position in an October 3 video, reassuring Ukrainians that elections would not be held without a long list of preconditions.

“If what [Zelenskyy] said today truly is the starting point of the negotiations, there is somewhere to negotiate,” Suprun said at an Atlantic Council discussion on October 3. But if the Steinmeier Formula that Zelenskyy initially endorsed is used as the basis of future negotiations, “then Ukraine is starting from a place of weakness.”

Suprun did, however, praise the new administration for listening to public opinion and clarifying its position. And overall, she said she has a positive impression of the new president. “Right now, President Zelenskyy really looks like he wants to make changes,” she said.

She hopes the new administration and its youthful, impatient approach will pay off, but she’s skeptical. The new team doesn’t think it has much time to enact its agenda; it wants quick wins and thinks it can hack its way to a solution, she said. But this approach is not without its downsides. “When your mindset is hacking everything, you’re not going to be building institutions and you’re not going to be thinking about the future.”

She praised the new Cabinet of Ministers as mainly reform-minded, but expressed concern that the new parliament and cabinet are pushing through flawed legislation too quickly. “What I’m seeing now is speed over professionalism,” she said. “I think it’s about time Ukraine started being more mature about what it’s doing.”

One bill that caught her eye was changes to the law on government procurement. At first, it did not include continuing the procurement of medicines and medical devices through international organizations. This was one of the signature anti-corruption initiatives implemented by Suprun, that saved the country 40 percent of its budget for drug procurement. After pressure was applied and civil society groups mobilized, a provision to allow international procurement for two more years was added to the bill.

While Suprun admires the new prime minister, she worries that one of his big initiatives—the privatization law to get rid of many state-owned assets—may be too liberal, since it doesn’t include an accompanying law to review potential buyers. “Who has enough money to buy all of these industries up? Oligarchs. This is the ‘90s all over again,” she said.

Suprun explained that Holos, the most reform-minded political party in the parliament, has a new test when evaluating draft laws. It’s called the Yanukovych test, and it’s simple: Would you want this bill to pass if Yanukovych or someone similarly authoritarian were in office? Suprun thinks the principle is smart and should have been applied when parliament debated the new law on public administration. Bill 1066 enables ministers to fire civil servants at will for the first four months of their tenure. Suprun worries that it will backfire.

She may have a point. While she’s no longer the health minister, many of the young professional civil servants who went through a rigorous selection process remain in the ministry trying to finalize their ambitious plans to transform the country’s care. She asked reasonably, if civil servants who don’t make much money can be fired at will, why would anyone motivated by public service go into government?

Max Nefyodov, the new head of the Customs Service, drove the bill and disagrees. He says he cannot fix customs without firing almost everyone.

My conversation with Suprun was remarkable in how she has changed. After interviewing her multiple times during her tenure about the intricate details of health care reform, I was surprised this time by how little the discussion focused on health, and by her command of just about every issue. The former minister also cracked jokes. She’s still her refreshing and straight-talking self, but the sophistication and diplomacy with which she assessed the new team and evaluated their mistakes surprised me. She’s not going to cut them any slack when they screw up, but she will work behind the scenes to fix things and offer solutions. The activist’s portfolio has expanded.

Suprun doesn’t have a formal role in Ukraine now, but with her large social media presence, upright moral character, and name recognition in Ukraine and the United States, she will be an important voice on just about every debate to come.

Melinda Haring is the editor of the UkraineAlert blog and a senior fellow at the Foreign Policy Research Institute. She tweets @melindaharing.

Gontareva: “Too many have sacrificed and died to let oligarchs run the country again.”

Is Ukraine about to be sold out and further weakened by internal splits?