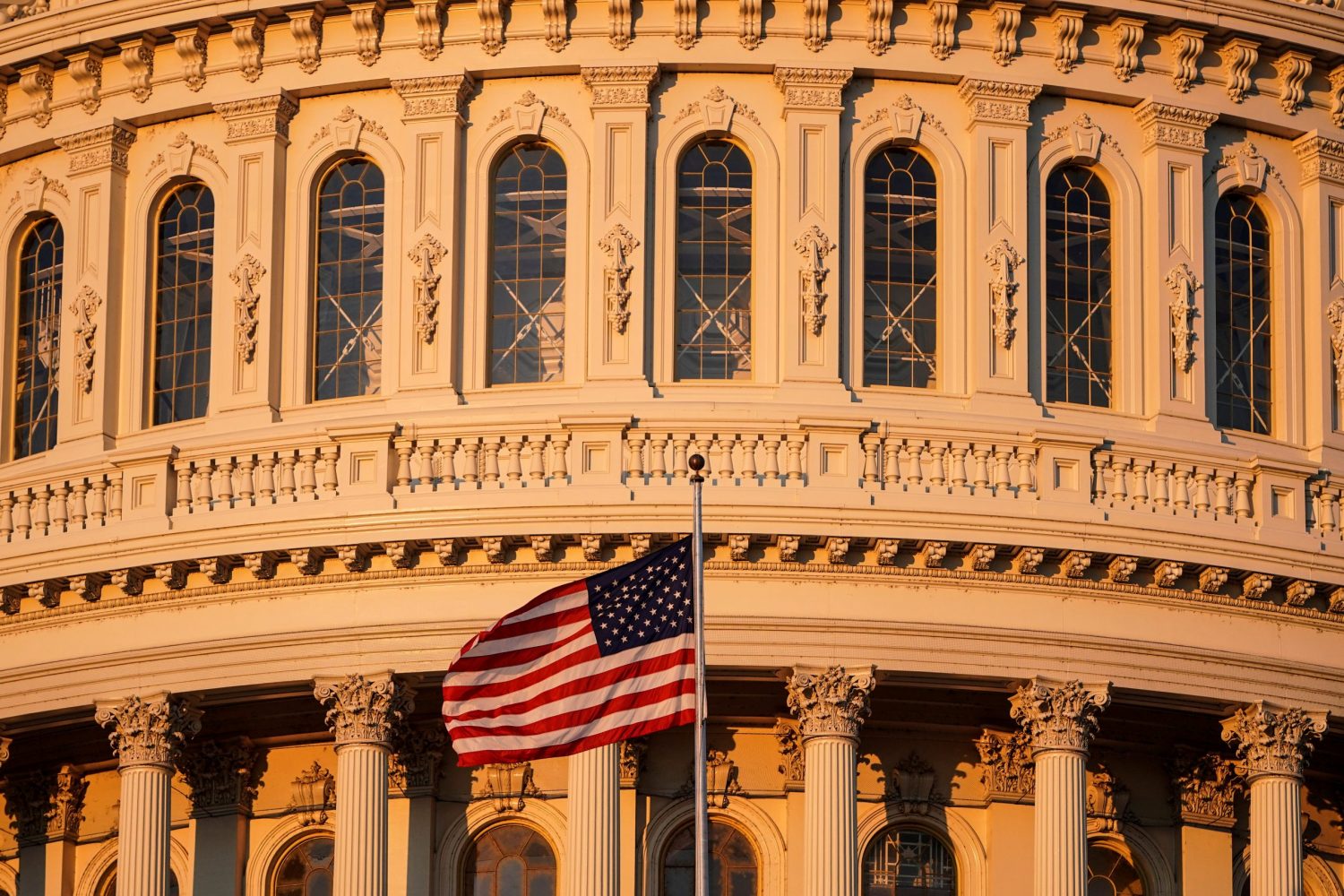 The sun rises on the US Capitol as the impeachment trial of US President Donald Trump continues in Washington, DC. January 22, 2020. REUTERS/Joshua Roberts

Speaking on Monday about Donald Trump’s impeachment trial, Ukraine’s foreign minister said “please don’t drag us into your [America’s] internal political processes.”  Unfortunately, Republicans appear intent on doing precisely that, as they repeat the false Russian claim that the Ukrainian government interfered in the 2016 US election.

Republicans see this as part of their effort to defend President Trump. In doing so, they put at risk America’s long-standing support for its Ukrainian partner.

The US government and large bipartisan majorities in Congress have backed Ukraine since the early 1990s, when it regained independence following the Soviet Union’s collapse. By the end of the decade, Congressionally-approved assistance for Ukraine had reached USD 300-400 million per year.

When Ukrainians took to the streets in the 2004 Orange Revolution and the 2013-2014 Revolution of Dignity, their striving for democracy won interest and support from both sides of the aisle on Capitol Hill.

Such Congressional support offered Kyiv grounds for comfort when Trump became president in 2017. Candidate Trump had suggested he might recognize the illegal 2014 annexation of Crimea by Russia. He also questioned the sanctions imposed on Moscow for its seizure of Crimea and subsequent aggression in eastern Ukraine.

Despite Trump’s apparent skepticism about Ukraine and his reluctance to criticize Vladimir Putin (or Russian actions), Congress continued to back Ukraine. It regularly voted by wide margins to approve funding for reform and military assistance for Kyiv while pressing the administration to bolster sanctions on Russia.

Things took a turn last September with the revelation of Trump’s effort to extort Ukraine’s president into investigating his possible 2020 political opponent by withholding an Oval Office visit and military assistance. The president’s alleged abuse of power led to his impeachment by the House of Representatives in December.

I visited Kyiv in late October during the period between the private depositions of US officials about Trump’s actions and the public House hearings. While in Kyiv, I spoke with a number of Ukrainians including senior officials. Developments in Washington make them nervous about the depth and resilience of US support, especially as Kyiv sees the United States as the only geopolitical counterweight to its aggressive Russian neighbor.

I tried to assure my Ukrainian interlocutors that, whatever President Trump did, they had an ace in the hole: the bipartisan support their country enjoyed from both Democrats and Republicans in Congress. This was support that, if necessary, would produce veto-proof votes to aid Ukraine. Today, I am not so sure.

It has long been clear that Trump buys Moscow’s disinformation line that Ukraine, not Russia, interfered in the 2016 US election. It is true that individual Ukrainian officials criticized candidate Trump, just as officials from many European countries did. But it was Russian intelligence agencies, with Putin’s approval, that hacked the Democratic National Committee’s e-mails and gave them to Wikileaks. It is Russia’s Internet Research Agency that used social media to sow division among Americans.

However, in November and December as they sought to defend Trump against impeachment, Republicans began to make the Russian argument that Ukraine had interfered. There were many examples of this from Republicans who will sit in judgment as the Senate conducts the impeachment trial. Senator John Kennedy (R-LA) commented, “I think both Russia and Ukraine meddled in the 2016 election.” Meanwhile, Senator Richard Burr (R-NC) argued, “There’s no difference in the way Russians put their finger early on, on the scale and how Ukrainian officials did it,” and Senator Ted Cruz (R-TX) stated bluntly, “Ukraine blatantly interfered in our election.”

We can expect more such charges in the coming days. Republicans have put themselves on a slippery slope as regards support for Ukraine.

Will Republicans who assert that the Ukrainian government interfered in the US election vote in the future to approve assistance for Ukraine? And, if they can separate their espousal of the Kremlin’s talking point from their votes on assistance, how do they defend to constituents and others less sympathetic to Ukraine a vote to assist the country that they say interfered in the 2016 US election?

This is dangerous ground that could undermine US support for a country whose success is in America’s national interest.

Steven Pifer, a William Perry research fellow at Stanford’s Center for International Security and Cooperation, is a former US ambassador to Ukraine.

How’s the US-Ukraine relationship after New York? What should Zelenskyy do next? How could Russian President Vladimir Putin exploit this?