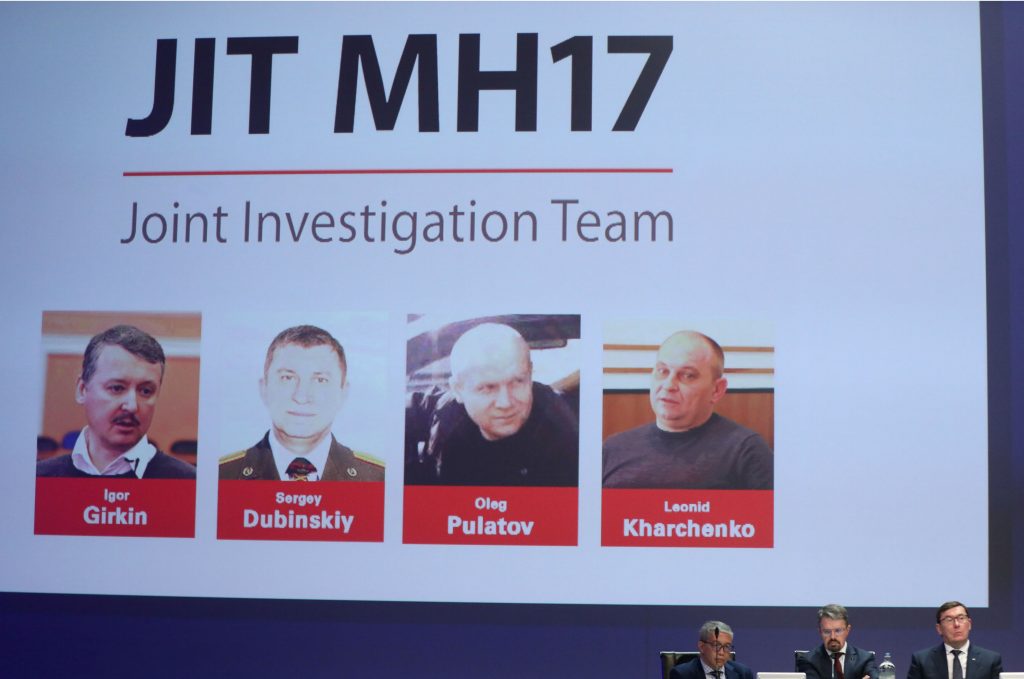 On June 19, the Dutch-led Joint Investigation Team (JIT) charged four suspects of murder for their role in shooting down a passenger plane over eastern Ukraine in 2014. Amid the geopolitics, rhetoric, and finger pointing yesterday, the most poignant words came from Silene Fredriksz, who lost her son Bryce in the downing of Malaysia Airlines flight 17.

“We all get older… I hope that I will know the truth before I close my eyes,” Fredriksz said. Some relatives have died not knowing the truth, she said.

Like all of the relatives I have had the privilege of meeting over the years, they want justice, and to find out what happened and why.

Sadly, that may not be coming any time soon. Even though JIT has come up with enough solid evidence to formally charge four suspects—three Russian and one Ukrainian nationals—Russia has already signaled that it will ignore the findings.

The evidence made public implicates four men as being part of the chain of command. They are: Igor Girkin (aka Igor Strelkov), Sergei Dubinsky, Oleg Poelatov, and Leonid Kharchenko.

In a statement issued by the Russian Ministry of Foreign Affairs yesterday—and echoed by Russian embassies worldwide on social media—the Kremlin stuck closely to its well-worn playbook by calling the Dutch investigative work flawed and implying that Ukraine was to blame for one of the largest aviation crimes in modern history. Create a theory, amplify it on social media, and gun it to maximize confusion and doubt.

The three Russians identified by the JIT have one thing in common: they come from the senior ranks of the Russian intelligence community and were pinpointed to be in Russian-occupied Donetsk when a BUK missile struck the Amsterdam-Kuala Lumpur flight. Diluting the Russian claims of innocence is that the men left an incriminating—some might say astonishingly careless—trail of evidence on social media and in tapped phone calls where they discussed the covert operation.

One thing is certain: there will be more suspects identified and charged by the JIT. The Bellingcat open source investigative team named several more men yesterday that it believes were directly responsible for firing the missile. As with Bellingcast’s past revelations, their findings are likely to be taken seriously by the JIT.

Aside from the blowback from Russia and its refusal to cooperate, there are a couple of storm clouds on the horizon for the resolution of the MH17 tragedy.

First, when the Malaysian representative at the JIT press conference was pressed by a reporter yesterday on whether his government would accept the findings of the JIT, the response was tepid at best. A few weeks ago, Malaysian Prime Minister Mahathir Mohamad cast doubt on evidence provided by Ukraine, even questioning the data retrieved from the black boxes. What’s ironic here is that the Malaysians signed a highly-controversial deal in July 2014 with the so-called Donetsk People’s Republic to take possession of the black boxes. Even though this was done under the disgraced former Prime Minister Najib Razak, throwing up doubt does nothing but help the Russian side. Mohamad should know better.

Second, European politicians may go wobbly on sanctions. Support for sanctions against Russia are unpopular at home, and after European elections this month bring in new faces and populist politicians, things may change.

Even though the four suspects named yesterday may not spend a day behind bars—both Ukraine and Russia cannot extradite their own citizens—the MH17 relatives and grieving nations may take some comfort knowing that these individuals risk arrest if they step foot outside of Russia or Russian-occupied territories. In coordination with allies, the Dutch could also place financial sanctions on MH17 suspects, limiting further their ability to travel or conduct business overseas.

It is an incomplete ending, to be sure. I go back to the words of Silene Fredriksz. Her son was one of the 193 Dutch nationals who died aboard MH17. Among them many children. Little wonder people in the Netherlands have referred to the crash as “our 9/11.” Indeed, Dutch first responders told me that few families in the small nation were left untouched by the tragedy.

At the time of the crash, I was the spokesman for the OSCE Special Monitoring Mission to Ukraine, and there were many tough moments. Perhaps the toughest was on the rooftop of the Radisson Park Hotel in Donetsk during a live interview many days after the crash. I was asked to pause to allow time for images of the procession of funeral cars carrying the remains of the MH17 victims as it passed. Even though their dignified return home represented an important closing of a circle that started with the firing of a BUK missile from the bucolic fields in eastern Ukraine, I knew that—finally—the bodies had been transported to a place where they would be treated with love, respect, and care.

Michael Bociurkiw is the former spokesperson for the OSCE Special Monitoring Mission to Ukraine and a global affairs analyst. He was a member of the OSCE team that arrived at the MH17 crash site twenty-four hours after the plane came down. He tweets @WorldAffairsPro.

Ukraine’s place in the geopolitical puzzle is shifting. That was the point.