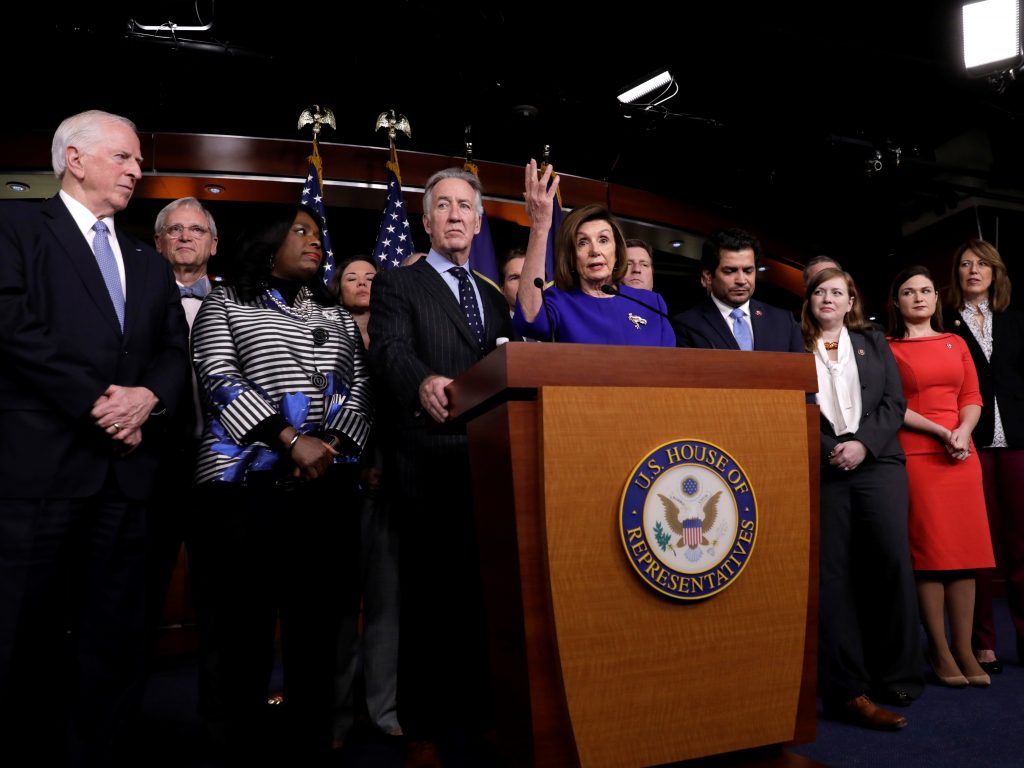 Just over a year since the US-Mexico-Canada Agreement (USMCA) was signed, and after long months of intense negotiations between US and Mexican trade representatives and labor groups, Congress and US President Donald J. Trump have agreed on the terms of the new North American trade pact, finding middle ground on the agreement’s stipulations on enforcement, environmental protection, prescription drug pricing, and working conditions in Mexico.

The USMCA is an update to the North American Free Trade Agreement (NAFTA), which entered into force in 1994. The USMCA includes new chapters addressing anticorruption efforts, digital commerce, and small and medium-sized enterprises, as well as minor updates to provisions on intellectual property rights and the dairy and auto industries.

The passage of USMCA will also add a layer of new certainty to the US-Mexico trade relationship. Under the old agreement Mexico and Canada continue to be top trading partners for the United States, cumulatively amounting to nearly $1.4 trillion of goods and services trade in 2018.

Jasper Gilardi from the Adrienne Arsht Latin America Center sat down with Atlantic Council experts to ask how the agreement will shape the tri-lateral relationship for decades to come.

Gilardi: The handshake agreement announced today follows weeks of negotiations between Mexio’s Deputy Foreign Minister of North America Jesus Seade, United States Trade Representative Robert Lighthizer, and the US Congress over the agreement’s enforcement stipulations, and environmental and labor protections. How will the protracted negotiations strengthen USMCA? And were US Democrats’ concerns justified?

Jason Marczak, director of the Atlantic Council’s Adrienne Arsht Latin America Center: “It is absolutely crucial for USMCA to be ratified with bipartisan support, and hopefully by including the Democrats in the process it will be an agreement that will serve the interest of all three countries for years to come.

“For many members of the Democratic party, labor enforcement is a critical issue in this agreement. Though there have been labor advancements announced as part of the USMCA, the critical question for many in the Democratic party has been: “Is Mexico really willing to enforce those provisions?”

“In Mexico, under President Andrés Manuel López Obrador (AMLO), it is actually in the president’s best interest to enforce many of the labor provisions in USMCA. Last year he came into office as a president that would serve the interest of Mexicans who have felt left behind, and they will be some of the top beneficiaries from the stronger labor enforcement provisions in the USMCA.”

Maria Fernanda Perez Arguello, associate director of the Atlantic Council’s Adrienne Arsht Latin America Center: “It’s not only important that this is a bipartisan deal, it’s also hugely important that the labor unions in the United states are, if not in favor of the agreement, not actively opposing it. Labor union support was always going to be a big part of Democrats’ concerns over Mexico’s ability to comply with its commitments.

“From day one López Obrador has recognized that labor reforms are a pragmatic priority, and the governmenthas allocated almost a billion dollars to his labor reforms, so I think that we can see that Mexico has been acting in good faith from the beginning.”

Marczak:“When NAFTA came into effect in 1994 it was immediately met with resistance. Ross Perot talked about the great sucking sound of US jobs flowing to Mexico during his presidential campaign two years earlier, raising the alarm bells about NAFTA. Many labor unions in the United States lined up against the accord. Fast forward eighteen years, and NAFTA became a rallying cry for Trump on the campaign trail. He tapped into anxiety about the overall trading relationship and the concerns that many workers felt about the future of their livelihoods.

“With bipartisan support we can ensure that USMCA can stand the test of time. And that is more likely to happen if a wide spectrum of stakeholders are on board from the beginning, or at least not actively opposing it. It’s critical for the longevity and legitimacy of the agreement moving forward.”

Gilardi: The sunset clause of USMCA is another significant update to NAFTA, how will its addition influence the function of the agreement? And will it add a level of turbulence to the stability of the agreement in years to come?

Marczak: Last November we hosted Jesus Seade, Mexico’s undersecretary of North America, at an Atlantic Council event forty-eight hours after the agreement was signed. That was the first time I heard him publicly address the sunset clause, and it makes sense. First, the clause’s six-year review interval ensures that no one administration can eliminate the agreement in one term. And, if all parties agree, USMCA can be extended for an additional sixteen years every six years that it’s reviewed. If there’s a disagreement, then all parties begin to work through it. The clause also builds flexibility into the agreement by making sure that things that aren’t working well can be addressed. Hopefully it will act as a forcing mechanism to make necessary changes to the agreement before they turn into larger concerns. It’s hard to know now what the state of play of the North American economy will be in 2025.”

Gilardi: The USMCA promises to deliver little in the way of economic growth. Are the updates worth the fuss?

Perez Arguello: “There was a huge economic bump from NAFTA after it came into effect. We went from zero to one thousand with NAFTA. The USMCA is not a rewriting of NAFTA but rather a modified agreement for the 21stcentury. It would be unreasonable to believe that this updated version will have more than just a modest effect on gross domestic product (GDP) growth. The benefits are going to be more nuanced and subtle considering the current high degree of integration.”

Marczak: “The USMCA is important because it will put in motion critical updates for the future US economy, and it will be used as a template upon which future agreements will be built. Negotiating that template with two of our strongest allies makes a lot of sense. It is important to remember that trade agreements are about more than trade. They’re about bringing the United States closer to its allies.”

Gilardi: What lies ahead for USMCA and the ratification?

Marczak: “In the United States, implementing legislation must first be submitted. Then, the bill gets sent to the House Ways and Means Committee, which could send it straight to the full House for a vote. That vote may likely take place even next week. The bill then goes to the Senate Finance Committee and a full Senate vote before reaching the president’s desk. It’s important to note that in an era of hyper partisanship this deal got done with both parties working together and important compromises from our USMCA partners. I expect a deal signed into law soon after the New Year.”

Jasper Gilardi is a project assistant for the Adrienne Arsht Latin America Center at the Atlantic Council. Follow him on Twitter @gilardi_jasper.