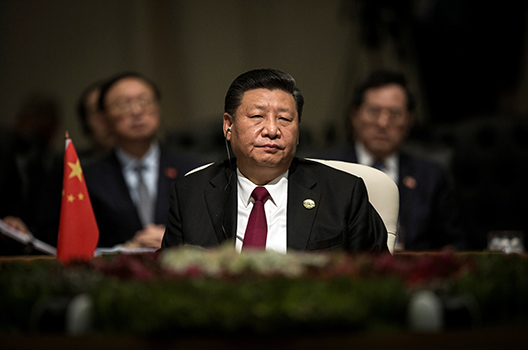 Of all the changes in US policy brought about by the Trump administration, none has been as shocking as that in trade. The administration is suspicious of, and at times appears willing to abandon, the multilateral system of trading rules that was both created and maintained by the United States.

The reaction of major trading partners and international policy makers has been visceral and often intense.  They have warned that a turn toward protectionism is a threat to the global economy and continued growth, stressed the importance of upholding the rules of the international trading system, and argued that countries should solve problems through dialogue, not protectionism.

Underlying these views is the assumption, never stated, that the international trade rules are essentially complete, and that it is possible to successfully negotiate and agree on any necessary revisions while staying within the existing rules.

The characterization of the importance of the US role as the maintainer of the trading system is correct, but it neglects the equally important role the United States has played as the system shaper—particularly when the system needed to respond to stress and change not covered by system rules. In situations that existing rules don’t cover, a willingness to break the rules is often the only way to bring about the required revisions to international rules.

One example was the 1971 “Nixon Shock” to the postwar Bretton-Woods system of exchange rates. In this system, each country maintained fixed (but adjustable) rates of exchange to the US dollar. However, the United States, alone among countries, had no ability to change its own exchange rate.

During the 1960s, the dollar became increasingly overvalued, and attempts to persuade other countries—Japan and Germany, in particular—to revalue (appreciate) their exchange rates were unsuccessful. On August 15, 1971, the Nixon administration imposed a 10 percent import duty surcharge until its major trading partners appreciated their currencies against the dollar.

No provision of the global rules covered this situation, and the import surcharge was manifestly illegal under General Agreement on Tariffs and Trade (GATT) rules. Although the United States faced widespread criticism for its unilateral action, Japan, Germany, and several other US trade partners subsequently appreciated their exchange rates, and the import surcharge was removed. The principle that the US dollar had to be able to adjust was established, and the turmoil of this period did not prevent rapid economic and trade growth in the decades that followed.

The global trading community faces a similar situation now, in which the system needs to address practices that are not covered by international rules. The increasing importance of technology in economic activity, the vastly increased reliance on computer networks, and the emergence of data as an underlying driver of commerce and competitive advantage have created a world far different from the production and exchange of physical commodities on which most existing trade rules are based.

The immediate challenge to the global order is the technology acquisition activities of China. Although China’s strong emphasis on technological development and the Made in China 2025 initiative have gotten much attention, neither is objectionable per se.

What is a problem for the global order, however, is the means by which China is pursuing technology acquisition. These have been identified by the Trump administration’s 301 Report on China as well as by others, and go well beyond standard efforts to encourage research and development (R&D) and investment in particular sectors, by:

None of these practices are covered by international trade rules.  Some are covered by other countries’ criminal laws, and others by inward investment screening requirements, which have recently been tightened in several countries in response to Chinese investment in tech sectors. China has consistently maintained that it is operating within the rules, while also denying government involvement in commercial theft and cyber-intrusion. Episodic efforts in a smaller country, while still objectionable, might not raise real alarm. But the scale of Chinese economy and the breadth of these efforts now make this a threat to the global trading system.

Some policies to encourage technological development and diffusion, for instance support for domestic R&D, are clearly acceptable. Theft, espionage, and cyber-intrusion to acquire technology are clearly unacceptable. What is needed is agreement on and observation of boundaries regarding technology licensing and surrender requirements, operational requirements on and Intellectual Property (IP) protection of inward investors, and shared principles for screening inward investments.

Unfortunately, getting China to agree to rules that constrain its activities has been extremely difficult, illustrated by the glacial discussions on revising international rules on official export credits, which, have been dragging on without progress since 2012. The current Organization for Economic Cooperation and Development (OECD) discussions on dealing with China and other producers’ excess capacity in steel show every sign of similar lassitude. If an action is not covered by trade rules, there is little incentive for the accused to respond, other than by denying that there is a problem. As in past situations, breaking an impasse to add to international trading rules often requires a willingness to break existing rules.

To be clear, international trade rules should be broken only temporarily and for a clear, justifiable purpose. The import surcharge of 1971 is a good example. It was explicitly targeted at the exchange rates of major trading partners, and the Nixon administration made clear that it would be removed once exchange rates rose. At the Smithsonian conference of December 17-18, 1971, Japan and Germany each agreed to substantial revaluations of the yen and mark against the dollar, and Britain, France, Italy, and Sweden agreed to smaller revaluations. Two days later the administration removed the import surcharge.

But everything that made the import surcharge effective, Trump’s trade policy toward China is not.

First, and foremost, what the administration wants from China is not clear. Cessation of objectionable technology acquisition practices? A reduction or elimination of the bilateral trade imbalance? Actions to reduce production capacity and exports of steel and aluminum? Or just a “big win” in the form of a large Chinese agreement to purchase US goods? All have figured in the administration’s description of its China policy.

China is difficult to corral in any circumstance, but external pressure is most effective when China is isolated and faces widespread criticism. This is currently the case with China’s technology policies. But the administration has squandered the opportunity to apply concerted international pressure, and has instead started trade fights with all of the countries that would be the most effective allies influencing Beijing.

Instead of a surgical strike, Trump’s trade policy is carpet-bombing. The result has been widespread collateral damage—including to the United States—and no movement in getting China to address practices the administration has correctly identified.

Robert Dohner is a senior fellow at the Scowcroft Center for Strategy and Security at the Atlantic Council. He was formerly Chief Economist in International Affairs and Deputy Assistant Secretary for Asia at the US Treasury.