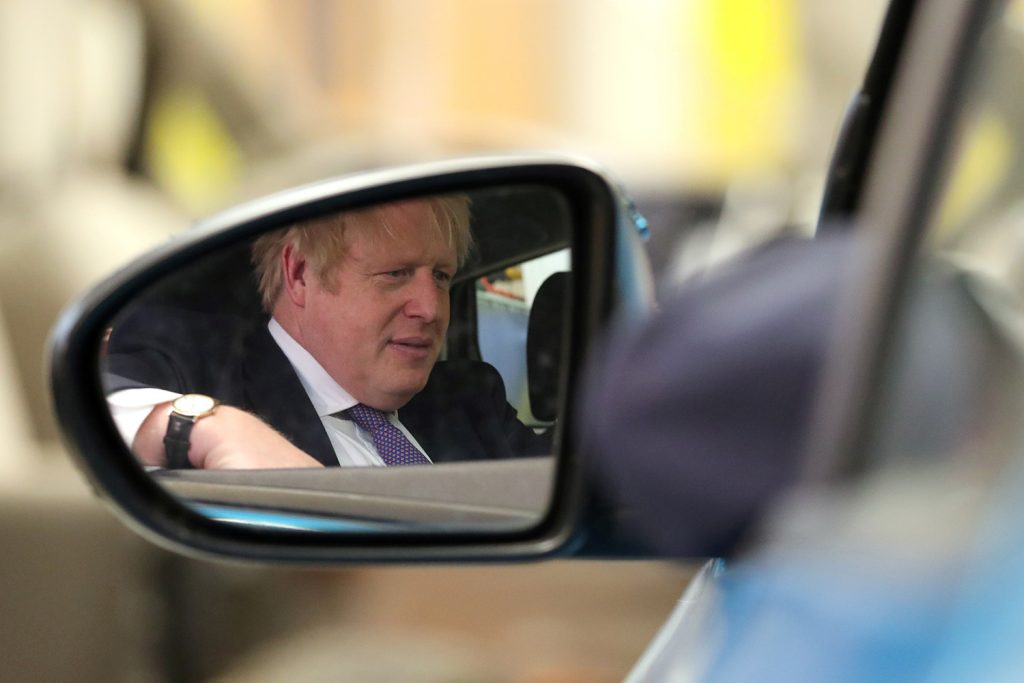 Britain's Prime Minister Boris Johnson sits inside a car during a visit at The Industry Centre at University of Sunderland, on Brexit day, in Sunderland, Britain January 31, 2020. REUTERS/Scott Heppell/File Photo

After officially exiting the European Union (EU) at the end of January, the United Kingdom (UK) will have to spend the rest of the year negotiating new trading relationships with the rest of the world. At the top of the list is reaching a successive arrangement with the EU by the end of the transition period on December 31, 2020—which the UK does not wish to extend. And while there is no hard deadline, the UK is keen to conclude a trade agreement with the United States around the same time. In addition, the UK needs to negotiate a continuity agreement with many of the seventy-two countries who are parties to the EU’s forty free trade agreements (FTAs). Last but not least, the UK has stated its desire to do a trade deal with China as well.

Negotiating such a wide range of complex trade deals in a relatively short time frame is quite a formidable challenge, especially given a possible UK shortage of negotiating bandwidth. This process therefore could present obstacles and delays, elevating uncertainty for the UK and international businesses. This transition period is likely to create substantial transaction costs for UK businesses before the British government can establish a new trading regime. Only once this trading regime is settled will it be possible to compare the benefits and disadvantages of the UK’s new status quo with its pre-Brexit EU membership.

The October 2020 Political Declaration on the future EU-UK relationship sets the framework for post-Brexit negotiations. Basically, it envisages “an ambitious trading relationship in goods” and “ambitious, comprehensive, and balanced arrangements in services and investment.” Or as Michel Barnier, head of the UK Task Force of the European Commission (EC), summarized: “no tariff, no quota, no dumping.” The mention of dumping refers to alignment in standards and regulations on the environment, labor market, taxation, state aid, consumer protection, and services—especially financial services—so as to preserve a level playing field in the EU and UK. Since the UK wants to get back full legal and regulatory independence, however, the degree of regulatory alignment will be the key area of contention, ultimately determining the future relationship. As European Commission President Ursula von der Leyen put it: “the more divergence there is, the more distant the relationship has to be.”

Against this backdrop, British Prime Minister Boris Johnson has expressed his ambition for a Canada-style agreement by the end of the year, and is reportedly even prepared to accept an Australia-style arrangement (i.e. no deal, trading on World Trade Organization terms) to preserve regulatory independence and flexibility in negotiating trade deals with other countries. Under CETA (Comprehensive Economic and Trade Agreement or colloquially the Canada EU Trade Agreement), there is no EU tariff on most Canadian goods, except meat, poultry, and eggs; quotas remain but are increased for many products; there are custom controls to ensure regulatory compliance and rules of origin; and importantly, there are few provisions for services, especially financial services, which is important for the UK (comprising 79 percent of its gross domestic product (GDP) and 45 percent of its exports). In fact, in an effort to address this deficiency in services, the UK and the EU have agreed to accelerate negotiations by the end of June 2020 to try to reach agreements on regulatory equivalency allowing UK financial services providers access to the European single market. But even this is not a stable long-term solution as regulatory equivalency can be withdrawn by either parties at short notice. An intriguing and potentially disruptive element to watch is whether fishing rights for EU members in UK waters can be exchanged for UK financial services access to the EU.

The UK’s fallback option, an “Australia-style” arrangement, essentially means trading on WTO terms since Australia doesn’t have a trade agreement with the EU. Compared to the free movement of goods, services, and people in a single market, as a third country, the UK’s non-agricultural exports to the EU would incur an average tariff of 2.8%, but the rates would be much higher for some products (such as 11.1% for food, 35.4% for dairy products, 10 percent for cars, etc.) as well as being subject to the full panoply of custom controls and paper work. Basically, both the Canada and Australia options would result in progressively higher costs of trading between the UK and EU. In addition, the UK would also need to finish negotiating continuity agreements with many of the seventy-two countries that have free trade agreements (FTAs) with the EU. So far, the UK has negotiated twenty such agreements with fifty countries, covering about 8 percent of total UK external trade.

As the UK tries to distance itself from the EU and seeks a major trade deal with the United States under the traditional “special relationship,” there is irony in the fact that on the major issues separating the EU and the United States, London’s position has been much closer to the former. The UK decision to allow Chinese telecom company Huawei to participate in non-core parts and up to 35 percent of the country’s 5G infrastructure, has irritated the US administration, especially US President Donald J Trump, who has lobbied European countries to exclude Huawei on national security grounds. The UK plan to start a 2 percent digital services tax in April has drawn threats of US retaliation in the form of tariffs, including on UK car exports. The UK is also closer to the EU on other issues, ranging from opposition to chlorine-washed chicken, hormone-fed beef, foods containing genetically modified organisms (GMOs), and tackling climate change, as well as trying to preserve the Joint Comprehensive Plan of Action (JCPOA) with Iran. Basically, the more the UK deviates from the EU position in trying to reach agreement with the United States, the more obstacles there will be in forging a close trading relationship with the EU—there is no free lunch.

Boris Johnson has also reportedly remained committed to the so-called golden era in the UK-China relationship. Indeed, the UK was the first major Western country to join the Asian Infrastructure Investment Bank despite US objections, has voiced support for China’s Belt and Road Initiative, and London serves as an international trading hub for offshore Renminbi (RMB) transactions. However, as shown by the controversy over the UK’s Huawei decision, future moves to accommodate Beijing would not be without consequences, especially as tensions rise between the United States and China. In particular, in its Summary of Specific Negotiating Objectives with the UK, the United States has included a requirement to have “a mechanism to ensure transparency and to take appropriate actions if the UK negotiates a free trade agreement with a non-market economy (i.e. China)”—probably using as a template Article 32.10 of the US-Mexico-Canada Trade Agreement (USMCA). That article stipulates that if a party signs such an FTA, the other parties can terminate their agreement at six months’ notice. This will greatly complicate any UK attempt to negotiate a trade deal with Beijing—spurred by the EU also moving to finish an investment agreement with China.

At present, the UK’s total external trade (imports and exports) amount to £1.3 trillion or 61.3 percent of its gross domestic product (GDP). Trade with the EU accounts for 49 percent of that sum, with an additional 11 percent with countries having FTAs with the EU. Trade with the United States amounts to 15.5%, and 5.2% with China. The UK’s current trade flows underscore the risk of an attempt by the Johnson government to move away from the EU to prioritize trade deals with the United States and China. When evaluating their country’s global trading future, UK policymakers should consider the proverb “a bird in the hand is worth two in the bush.”

Hung Tran is a nonresident senior fellow at the Atlantic Council, and the former executive managing director at the Institute of International Finance.

Transatlantic policymakers should not waste this opportunity to redefine the transatlantic relationship. Leaders looking for traction should learn from the recent past and chart a different trajectory this year. In particular, they should acknowledge that different interests exist, focus on economic areas where interests align well, and pragmatically maximize efforts to align commitments.

With the “phase one” trade deal behind them, the United States and China will now probably shift attention to sorting out their economic and trade relationships with Europe. Caught in the middle of the US-China trade war and geopolitical competition, the European Union (EU) has tried to steer an independent course, balancing security and geopolitical concerns with economic and business needs. Doing so, however, has exposed many differences vis-a-vis the United States as well as China.