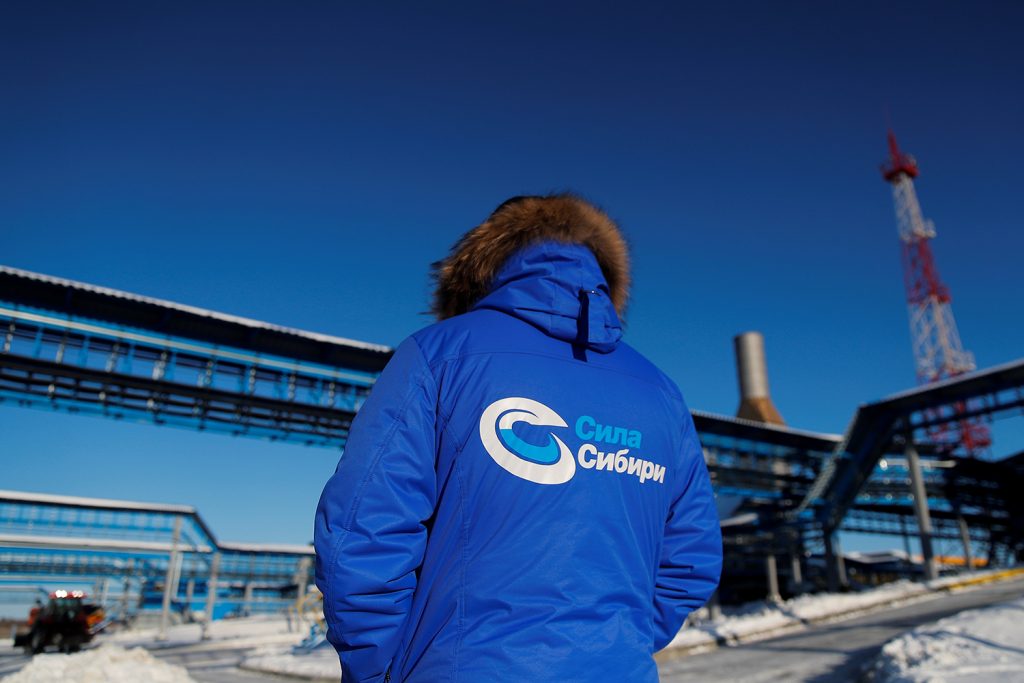 On December 2, the Power of Siberia natural gas pipeline was inaugurated by Chinese President Xi Jinping and his Russian counterpart Vladimir Putin. This project was met with dismay in some quarters of the United States and Europe, as a number of observers raised concerns that Russia’s ability to ship gas eastwards would strengthen “Russia’s hand in talks over gas contracts with European countries.” However, such fears are mostly overblown. Due to a number of factors, it is very unlikely that the new pipeline would provide Russia with leverage over Europe in any meaningful way.

The $55 billion pipeline, once dubbed by Putin as “the world’s biggest construction project,” is said to be the physical embodiment of Russia’s alleged pivot to Asia and a sign of the country’s strengthening ties with China. Though it is impossible to downplay the significance of this project for Russia’s natural gas industry—particularly in light of Moscow’s confrontation with the West—it is difficult to see how this will force Europe to pay more and compete with China for access to Russian gas supplies.

Firstly, Russian gas that will be fed into the Power of Siberia pipeline comes from a different gas field than the one used for Europe. The bulk of the gas that is exported to Europe is sourced from West Siberian gas fields such as Urengoy and Yamburg, while the Power of Siberia pipeline will receive its supplies from the Chayanda and Kovykta gas fields. The latter are located in East Siberia and have been developed with the explicit purpose of serving the Chinese and Korean gas markets.

Furthermore, Russia’s West and East Siberian gas fields lack pipeline interconnections. This means that, at present, gas from West Siberia cannot flow to China and gas from East Siberia cannot flow to Europe. Even if gas interconnection were to be built between these two regions, it would make little economic sense to reroute the gas flows from their natural markets due to the additional shipping costs. Therefore, the notion that Europe will be forced to compete for the same gas molecules as China does not hold water.

It is also unlikely that Russia will have enough bargaining power to play Europe against China in future gas negotiations due to the comparatively low volume of gas that will be shipped by the Power of Siberia pipeline. Russia’s state-owned energy giant Gazprom exported 202 billion cubic meters (BCM) of natural gas to Europe in 2018, which is far greater than the 4.6 BCM of gas that it expects to ship in 2020 (these figures could eventually rise to 10 BCM and 25 BCM in 2024). Even if the Power of Siberia pipeline eventually reaches its maximum operational capacity of 38 BCM (possibly around 2025), these volumes would remain a fraction of those which are shipped to Europe.

Granted, Gazprom has reportedly been in talks with China regarding the construction of two additional pipelines: the Power of Siberia 2 (formerly known as Altai) and the Far East pipeline, both of which would provide Russia with an additional export capacity of approximately 40 BCM. However, the fate of these two pipelines is still unclear, given the steep infrastructure costs and the fact that plans to construct both have already been shelved multiple times.

Russian piped gas will also have to compete with a legion of other gas suppliers, particularly outside China’s northeast region. As global liquefied natural gas (LNG) prices have plummeted, major exporters such as Australia, Qatar, and the United States will be jostling to carve out a greater share of the Chinese gas market. Turkmenistan, Uzbekistan, and Kazakhstan are also keen to sell more gas to China and are, therefore, eyeing a potential expansion of the Central Asian pipeline. On top of that, Beijing also has recently unveiled ambitious plans to increase domestic gas production in order to reduce its burgeoning dependency on imports.

China’s uncertain gas demand will also pose a challenge to potential gas exporters. There is little doubt that Beijing’s push for “bluer skies” will seriously boost the country’s craving for gas (lifting it from 280 BCM in 2018 to as little as 450 BCM or as much as 666 BCM in 2030), but its appetite for this fossil fuel will generally depend on China’s economic growth and Beijing’s success in implementing its costly and heavily subsidized coal-to-gas switch. Given that China’s economy is growing at the slowest pace in nearly three decades, its coal consumption is on the rise, and that the government has relaxed the coal-to-gas switch policy, there is a genuine question over how much gas Beijing will need in the coming years.

Finally, the build-up of new and upcoming gas transport infrastructure in Europe will curtail Russia’s capacity to demand exorbitant gas prices. Projects such as the Southern Gas Corridor and the Baltic pipe and LNG import terminals in Croatia, Poland, and Germany, coupled with numerous regional pipelines and newly acquired reverse flow of gas capabilities, will help strengthen Europe’s energy security even further in the near future. Similarly, the growth of global natural gas production and LNG trade will ensure that Europe will have access to a competitive alternative to Russian gas.

To be sure, due to favorable geography and low extraction costs, Russian piped gas will likely retain an important role in Europe’s energy mix. Nevertheless, thanks to their gas diversification efforts, Europe will no longer be at the mercy of a single dominant gas supplier (unlike in the not-so-distant past) and Russia’s capacity to charge above the market rate for its gas supplies will be diminished.

Thus, the recent clamor over the likelihood of the Power of Siberia pipeline strengthening Russia’s bargaining position vis-à-vis Europe does not stand up to scrutiny. China and Europe will not compete for the same gas resources and Europe’s gas market is too big and increasingly too diversified to be coerced into signing unfavorable gas deals. Meanwhile, Russia will have its hands full competing against scores of other suppliers and trying to establish itself in the cutthroat Chinese gas market.

Lukas Trakimavičius works at the Economic Security Policy Division of the Lithuanian Ministry of Foreign Affairs. Previously, he held several positions at NATO, where he worked on energy security, arms control, and non-proliferation. This article reflects the author’s personal views. Follow him on Twitter @LukasTraki.

The Neue Ostpolitik approach to Nord Stream 2: A legal fiction carried a little too far

Some Nord Stream 2 proponents invoke the Ostpolitik of the late Cold War, which involved West German cooperation with Moscow on Russian energy exports to Western Europe. But this time around, Europe does not need additional Russian gas volumes and its position is in opposition to the views of most of Eastern Europe. From this perspective, Nord Stream 2 is flawed Ostpolitik.

With the Nord Stream 2 (NS2) pipeline’s completion date on the horizon, it is becoming apparent that the European Union (EU) is struggling to agree on how the project should be handled. What are the challenges and opportunities the situation present?

At least some of the energy security value of the Southern Gas Corridor (SGC) could be in question. While important details remain inaccessible to the public, if Gazprom, a Russian company, is able to book capacity in the expansion of the final leg of the SGC, known as the Trans Adriatic Pipeline (TAP), Gazprom would be able to use a project of strategic importance to European energy security to enhance its own position within European energy markets.