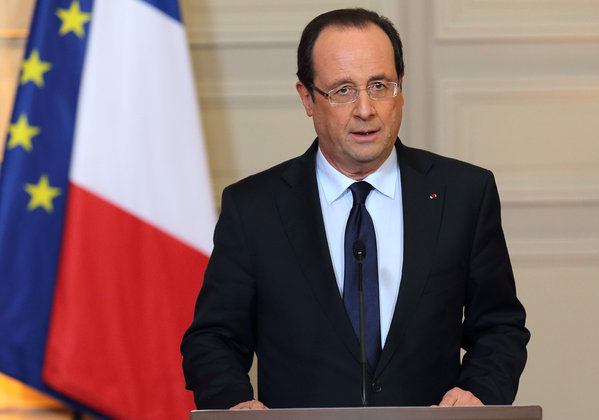 Strategically ill-conceived as it might been in a moment of panic and almost stillborn as a result of its bumpy start (thanks to diminished European military logistics capabilities), the French military intervention in Mali has nevertheless altered the dynamics in the fight against al-Qaeda’s regional affiliate.

As the United States broadens the hitherto limited assistance it has offered to the effort, the time is now to clearly articulate the interests at stake, carefully define the objectives determined by those interests, and accordingly commit the resources necessary to achieve those ends.

Over the weekend, French troops reinforced by troops and equipment transported to Mali by American planes drove deep into the West African country’s northern region which has been controlled by al-Qaeda in the Islamic Maghreb (AQIM) and its local Islamist allies, notably Ansar Dine and the Movement for Oneness and Jihad in West Africa (MUJOA), since March of last year. In a nighttime raid, French commandos seized control of the airport in the rebel stronghold of Gao, the largest town in the sparsely populated north, as well as a well-placed bridge over the Niger River, permitting the introduction on Saturday of a company of regular French soldiers to hold those key assets. On Sunday, other French forces pushed to the gates of the fabled caravan city of Timbuktu, meeting only limited resistance. With the French ministry of defense confirming that the intervention force had reached the 2500-personnel level authorized by President François Hollande and that various African contingents totaling 1900 soldiers, primarily from Niger and Chad, had also arrived, it seemed likely that the stage is set for a final offensive against the one large population center in northern Mali still held by the militants, Kidal.

Encouraged by the apparent success of the French intervention, the Pentagon announced on Saturday that Secretary of Defense Leon Panetta had informed his French counterpart, Defense Minister Jean-Yves Le Drian, that the US Africa Command (AFRICOM) would provide aerial refueling as operations in Mali continued as well as transport African troops to join the effort. Even before the announcement, C-17 Globemaster III transport jets from Dover Air Force Base in Delaware, operated under the control of AFRICOM, had delivered French troops and hundreds of tons of equipment and begun ferrying a French mechanized infantry battalion.

While it is true that, as Panetta noted, “France’s strong leadership in this effort and noted recent operational successes that have helped turn back terrorist advances,” Hollande is still far from his “mission accomplished” moment. For one thing, his government’s objectives, at least as set out by Prime Minister Jean-Marc Ayrault in his speech to the National Assembly, is a laundry list of items, not all of which are realistic in the near or even intermediate term, much less by an outside intervention, armed or otherwise: “The first objective is to stop the progress of terrorist groups to Bamako; the second objective is to preserve the existence of the Malian state and permit it to recover its territorial integrity; the third objective is to promote the implementation of international resolutions through the deployment of an African stabilization force and the support of Malian armed forces in their reconquest of the north.”

Moreover, while French forces have shown they can drive the militants from towns, how effectively will they and their African allies maintain control of these population centers, much less extend it over the entirety of northern Mali, an area roughly the size of France itself? It is worth noting that the assault on Gao was preceded by some thirty sorties over thirty-six hours and then did not involve much direct engagement with the forces of MUJAO, which had controlled the town. The militants did not appear to have suffered significant casualties in the bombings and managed to withdraw into the desert or, in some cases, simply blend in with the population. Similarly, the extremists in Timbuktu have taken refuge in its labyrinth of mud-brick mosques and shrines—at least the ones they didn’t destroy during their occupation of the town. An indication of what may be forthcoming is the militants’ first use of major explosives since the intervention began when, over the weekend, they blew up a key bridge near the border with Niger.

In many respects, the quick operational successes thus far in Operation Serval may prove to have been achieved at the cost of the long-term sustainability of stability efforts, to say nothing of the Malian state itself, understandably inviting comparisons with Afghanistan—or “Afghanistan,” as the cover of The Economist dubbed it this week.

Counterinsurgency is, after all, a contest for legitimacy. The current Malian regime with its façade of civilian faces drawn from the country’s widely discredited political elites fronting for a lowly captain-turned-putschist, Amadou Haya Sanogo, who likes to compare himself to Charles de Gaulle, is hardly a paragon of political legitimacy. With barely three months left to its mandate, the transitional government has taken no steps toward a restoration of constitutional order, to say nothing about any political reforms. And with the decision of the European Commission, after intense French lobbying, to resume suspended budgetary support to the tune of 92 million euros this year alone, what incentive would the politicians in Bamako have?

As for Malian military, when it is not in headlong flight from the Islamists, its members seem to busy themselves with summary executions and other human rights abuses. A report earlier this month by Amnesty International noted that Malian forces have “committed violations of international human rights and humanitarian law, including the extrajudicial executions of Tuareg civilians, indiscriminate shelling of a Tuareg nomadic camp, and killing livestock which the nomadic population rely on for survival. Crimes are not confined to the north of the country. Amnesty International has also documented cases of torture; extrajudicial executions; enforced disappearances; and attacks against political leaders, journalists, and other people who expressed dissent peacefully in the south, where the capital Bamako lies.” This is a record that hardly makes the task of getting the Tuareg and other northern groups—whom Africa Center senior fellow Rudolph Atallah, former Africa counter-terrorism director in the Office of the Secretary of Defense, has termed the “force multiplier against the Islamists”—to fight alongside French and other forces that much more difficult.

The African troops were, of course, supposed to take the lead in any intervention: it was to this end that the United Nations Security Council last month approved the creation of the “African-led International Support Mission to Mali” (AFISMA). The plan was for a gradual buildup of the force in order to permit them to be trained, equipped, and integrated. Now the proverbial cart has been put before the horse as units that have arrived—so far, only the Togolese and the Senegalese have actually shown up—are rushed into position while those sending them are hoping that donors will be generous at a funding conference to be held this week in Addis Ababa.

So where does this evolving situation leave the United States? First, the administration must move beyond recognizing the danger of AQIM and its allies having “created an expanding safe haven for terrorists who seek to expand their influence and plot further attacks,” as Secretary of State Hillary Rodham Clinton stated in her Senate testimony last week, to drawing out how that impacts America and her interests, directly or indirectly. Second, once the nature of the threat is properly understood, realistic strategic objectives must be defined and decisions made about whether the United States and its European allies ought to be engaged in costly nation-building or more pragmatically limit themselves to targeting specific threats, what former FBI al-Qaeda point man Ali Soufan has termed the strategy of “sanctuary management.” Finally, once both interests and objectives have clarified, the proper allocation of America’s still incomparable resources—political, economic, and military—can and should be brought to bear in the management of this crisis.