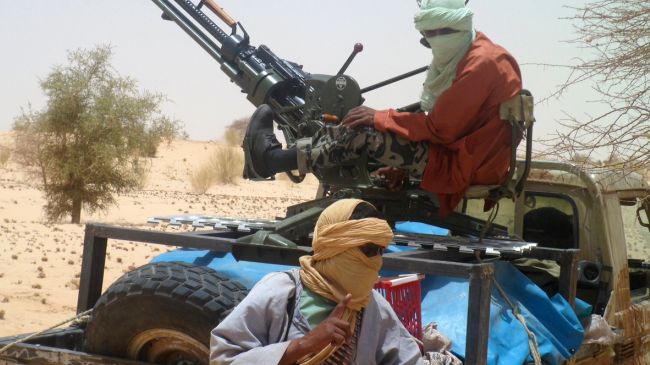 Analogies in international affairs are fraught with peril, but there is no denying the parallels between the situation in Afghanistan in the months and years leading up to 9/11 and recent developments in Mali.

Rebels in Mali — a loose coalition of Al Qaeda in the Islamic Maghreb, the Movement for Oneness and Jihad in West Africa and the local Islamist group Ansar Dine — seized control of three northern provinces, an area roughly the size of Texas, after the March coup. Since then, the region has become a magnet for militants from across Africa and beyond, including Nigerian, Sudanese and Sahrawi fighters, drawn by the prospect of a safe haven where they can train and operate freely.

These extremists forcibly sidelined the largely secular Tuareg nationalists in the region and imposed a harsh religious totalitarianism reminiscent of the Taliban, banning alcohol, smoking, music and other “un-Islamic” behavior, instituting brutal punishment like floggings and amputations, and razing Sufi shrines and other monuments deemed idolatrous, including half a dozen World Heritage sites in Timbuktu.

To make matter worse, the Al Qaeda in the Islamic Maghreb leadership in the region spent much of the last decade engaging in criminal activities — kidnapping for ransom, protecting narco-traffickers and smuggling — from which they built up a significant war chest. That came in handy when the collapse of Muammar Qaddafi’s regime flooded the black markets with weapons and newly unemployed fighters willing to use them.

And, as with Afghanistan and Pakistan, potential militants are being attracted to the area. Last month, the F.B.I. arrested two U.S. citizens from Alabama and charged them with conspiring to join up with the extremists in northern Mali.

Thus, at a certain level, France’s case for intervention presents a variant of the Bush doctrine of pre-emption. But it is sobering to consider that the parallel does not end there.

In wading into the fight against Al Qaeda and its cohorts in North Africa, French leaders have yet to articulate their objective.

Is it to prevent the extremists from expanding the area they control? If so, the intervention has failed, since the rebels, galvanized, have bypassed the French force and gone on the offensive in places they had previously not been active. They’ve even captured a town 200 miles from the Malian capital.

Is it to push back the Islamists and liberate the region they took over? If so, the number of troops France has said it will deploy, combined with the African force authorized by the United Nations Security Council (when and if it gets assembled), will still be less than what is needed for the task.

Is it to rebuild what is essentially a failed state in Mali? In that case, far more resources will be required, especially on the political and economic fronts, than anyone has thus far volunteered.

France’s allies, including the United States, should carefully reflect on these points as they consider how they will respond to requests for military assistance. As is the case with the original, in dealing with the African Afghanistan, a finely calibrated and carefully sequenced approach — to which all those with a stake in preventing the spread of violent extremism ought to contribute — is key to the viability and sustainability of any solution.

J. Peter Pham is Director of the Atlantic Council’s Africa Center. This piece was originally published in The New York Times.