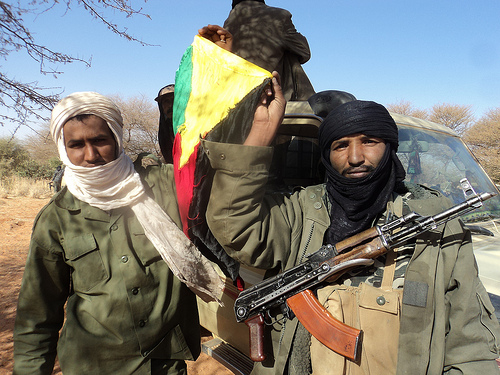 It is being called the “soft underbelly of Europe”, an entire sub-continent from the Maghreb to the Middle East that stretches down to the transitional zone between Saharan and Sub-Saharan Africa known as the Sahel region and beyond to Nigeria.

It encompasses both Algeria where the attack inspired by Al-Qaeda in the Islamic Maghreb (AQIM) took place on BP’s In Amenas gas plant, and Mali where French forces are currently struggling to contain a heavily-armed Islamist/Tuareg insurgency, many of whom were Gadhafi’s mercenaries in Libya’s recent civil war. In fact, the phrase ‘soft underbelly of Europe’ was first coined by Winston Churchill in November 1942 to counter growing pressure from Roosevelt and Stalin for what would have been a disastrously premature Second Front against the Axis powers in Europe during World War Two. And, clearly, the region in question is not Europe. Therefore, before sustained action is taken the events in both Mali and Algeria must be placed in context and blanket terms avoided that too often reflect a lack of real understanding. What is happening is important but this is not the start another global war on terror.

Two critical factors must now be gripped. First, the Tuareg uprising is an unintended consequence of the Western-supported toppling of Libya’s Gadhafi, fueled by the small and heavy arms now awash across the region which as a result is in danger of tipping the balance between state and anti-state forces in Mali. Second, the nature of the insurgency and its links or otherwise to the strategic brand that is Al Qaeda and the so-called “global jihadist consciousness” need to be better understood. The links may or may not exist and may or may not be strong but it would be a mistake to create a monster where none exists by dignifying criminality with some kind of religious, ideological grand strategy.

Clearly, Islamist groups and criminals seeking to exploit and expropriate Islam have been growing rich in recent years though the retreat of the state across the northern half of Africa. And, there will be some groups who clearly see the creation of ungoverned spaces as potential bases to attack the West to legitimize their activities in the eyes of followers. However, just as the threat of global jihad was exaggerated post 911 it must not be exaggerated here. If that happens the likelihood is that the West again will craft another failed strategy that again uses a hammer to crack a nut, and in so doing strengthens the nut.

The strategic aim of policy should be clear; the preservation of the state in the region with aid focused on the reconstruction of state apparatus. This is a struggle between the state and the anti-state and it is a vital Western interest to ensure states survive.

The strategy must in turn have six elements all of which should have been learnt from experience in Afghanistan. First, a consistent intelligence picture must be developed across the region to better understand the extent and nature of the insurgency, the key movers and shakers and what if any links exist to outside forces, such as Saudi-based funding. This will enable the intelligent use of force and resource over time and distance critical to strategy. Second, Western elite military forces should be held as a mobile strike and support reserve to deal with specific crises and thus prevent state collapse. Third, local (police), regional and national forces must be trained, equipped and properly paid to provide both the vital legitimacy and mass of boots on the ground to better stabilize and reconstruct. This will help dis-aggregate insurgencies and criminality locally by helping to break any link between local grievances and AQIM that may exist.

Fourth, a detailed mapping of aid activities must start with a focus on those programs that deliver results via a strategic and co-ordinated aid policy with all concerned governments pooling their efforts. EU this is a time for you to pull your finger out and for once turn theory and talk into successful practice. Fifth, establish a new aid architecture that reinforces state legitimacy and efficiency via a Contact Group that incorporates Western and regional governments, African Union, Arab League, together with the EU, UN and World Bank. Sixth, establish a proper auditing and reporting system built on sound output (not input) metrics for measuring aid performance and distinguish between aid (short-term) and development (medium-to-long term). Too much Western taxpayer’s money has been squandered over the past decade by peppering with money dysfunctional and under-performing program in an attempt by governments to pretend heat was light.

The French were right to intervene in Mali to prevent a Rwanda/Sierra Leone-type genocide. However, Western governments, in particular European governments, must now pause, think, plan and only then act. The many lessons that have surely been learnt in Afghanistan, Iraq and Pakistan must now be systematically applied in North Africa and beyond.

Julian Lindley-French is Eisenhower Professor of Defence Strategy at the Netherlands Defence Academy, Fellow of Respublica in London, Associate Fellow of the Austrian Institute for European and Security Studies and a member of the Strategic Advisory Group of the Atlantic Council. He is also a member of the Academic Advisory Board of the NATO Defence College in Rome. This essay first appeared on his personal blog, Lindley-French’s Blog Blast.