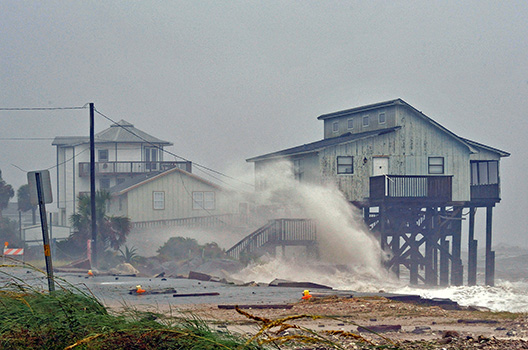 Waves crash on stilt houses along the shore due to Hurricane Michael at Alligator Point in Franklin County, Florida, U.S., October 10, 2018. (REUTERS/Steve Nesius)

Hurricane Michael—with winds of 155 mph when it made landfall on October 10—is one of the most powerful storms to ever strike the United States. While no level of preparedness can eliminate the significant threat that hurricanes like Michael pose, Florida is better prepared than many other states to weather the effects of major storms.

The state’s proactive approach to disasters after Hurricane Andrew’s devastation in 1992 has led to the adoption of many new preventive measures (see chart). Although Michael stands to cause severe storm surges, wind damage, and loss of life, Florida’s resilient-by-design approach may aid the state in withstanding the storm and looking toward recovery.