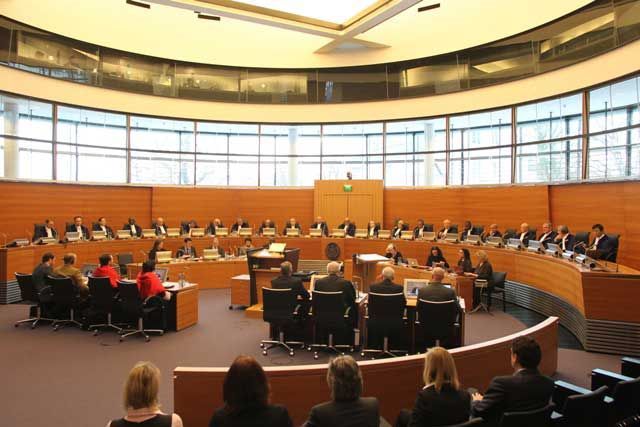 Two months ago, Ghana  struck a blow for both the rule of law and fiscal probity when it detained the storied flagship of the Argentine navy as part of court-ordered relief for the Latin American country’s jilted creditors. Over the weekend a somnolent United Nations tribunal has waded into the controversy with a decision that not only upends the sanctity of contracts and, consequently, threatens the access to international financial markets upon which African and other developing nations rely, but gives further ammunition to those, in the United States and elsewhere, opposed to the ratification of the very UN Convention on the Law of the Sea (UNCLOS) which brought the court into existence.

The immediate issue is the ARA Libertad, a tall ship on a training cruise which, upon sailing into the Ghanaian port of Tema, was confronted with a court order obtained by NML Capital, a New York-based fund that manages investments for pension funds, university endowments, and other institutional investors as well as some private citizens. The fund holds bonds issued by the government of Argentina before it underwent the largest default in history a decade ago. Unlike others left holding the bag for the profligacy in Buenos Aires—many of them individual pensioners from European Union countries who were lured by the promise of attractive interest on their retirement savings—NML Capital’s managers turned down the stingy settlement offer dictated by the Argentines and, fighting for full payment of the $370 million owed to their investors, have subsequently won a string of judgments from courts and arbitrators in several countries, including the United Kingdom and the United States, including one last month by the US Circuit Court of Appeals for the Second Circuit—rulings which Argentina has consistently ignored.

Consequently, the initial reaction from the government of President Cristina Fernández de Kirchner to the order detaining the Libertad was studied nonchalance as officials banked on Third World solidarity carrying the day when they appeared in an Accra courtroom to demand a lifting of the order detaining the vessel. What they didn’t count on was Justice Richard Adjei-Frimpong, a senior Ghanaian jurist steeped in the common law tradition and its emphasis on the sanctity of contracts as well as deference to judicial precedent. In a tightly reasoned 25-page decision, the judge found that since Argentina had “in clear terms…through the mode of a written contract recognized by the rules of international law” explicitly waived its sovereign immunity in order to market its bonds, it was not entitled to claim the same immunity to shield itself from the consequences of defaulting on them. He then gave the Argentines a choice: either accept that the vessel would be detained pending final resolution of the case or post a cash bond equivalent to its worth, estimated at about $20 million.

Outraged that the judge would have the temerity to hold them to the terms their government had agreed to, Argentine officials then adapted a different tact and brought suit against the Republic of Ghana before the Hamburg-based International Tribunal for the Law of the Sea, a body which has resolved an average of less than one case a year, most of them having to do with fisheries disputes, in the two decades it has existed. Yet this time, for some reason, the judges moved swiftly: barely a month after the Argentine foreign minister instituted proceedings, the tribunal cited unspecified “urgent need” to issue an order for the immediate release of the Libertad, while incredibly claiming not to prejudge “the merits of the case, any questions relating to the merits themselves, and leav[ing] unaffected the rights of Ghana and Argentina to submit arguments in respect to those questions”—as if there is going to be any talks or proceedings once the ship sails off.

The hastily cobbled-together ruling poses a number of legal and political challenges, both for the international community as a whole and for Ghana in particular.

First, the drafters of UNCLOS, eager to secure adoption and ratification of the treaty, were careful to avoid intrusion into the sovereignty which individual states exercise over their territorial waters. Thus the convention deals primarily with the high seas and the exclusive economic zones and, only in a few very limited circumstances, touches upon the sensitive issue of territorial sea. Ignoring the carefully crafted limits of UNCLOS, the tribunal has now asserted that it can also make rulings on matters arising from what is undisputedly within the territorial waters of a state party.

Second, the judges in Hamburg also turned the notion of provisional relief—intended to preserve the status quo until a dispute can be settled by either negotiations or arbitration—on its head, awarding Argentina possession of the vessel and thereby eliminating any real reason for the parties to bother talking about the merits of the case. In effect, without even bothering to consider whether Argentina was likely to prevail legally in formal arbitration, the tribunal already handed the Argentines in a preliminary round their maximal objective, possession of the Libertad without the need to even post bond on the claims of creditors.

Third, the decision totally ignores a major issue to which Ghana’s Justice Adjei-Frimpong devoted a significant part of his ruling, the fact that Argentina explicitly waived its sovereignty in the agreements it freely entered into to sell its bonds. The fact that the waiver is now inconvenient to authorities in Buenos Aires should not entitle them to unilaterally and retroactively revoke it, which is what the tribunal’s judges effectively did when they based their decision on the notion that “a warship is an expression of the sovereignty of the State whose flag it flies.” Moreover, the consequences of the such selective memory will be to effectively debase the legal value of all financial agreements with sovereign entities to the lowest common denominator: economically buoyant Ghana with its credible judicial remedies for disputes is reduced to the same level as sluggish Argentina with its trail of ignored adverse rulings abroad. Such a result cannot but endanger the hard-won access of African and other countries to global financial markets for the resources many need to finance infrastructure and other development initiatives.

Fourth, by purporting to order the release within a week of the detained naval vessel, the tribunal also ran roughshod over both the judicial process in Ghana, where Argentina’s lawyers are appealing Justice Adjei-Frimpong’s ruling against them, and, even more importantly, the separation of powers within the West African country between the co-equal branches of its government. The Hamburg judges effectively demand that, barely a week after winning a tight race for a full term in office, Ghana’s President John Dramani Mahama ignore lawful rulings of his country’s judiciary and not only allow the Libertad to sail away, but to resupply it so it can do so.

Finally, trying to reinvent a largely technical tribunal as a superior international court with the authority to override national courts will have a chilling effect on the efforts to secure ratification of UNCLOS by countries like the United States where there are significant political constituencies suspicious of overreach by international bodies. That result, alas, is all too foreseeable in the light of the tribunal’s order and underscores its shortsightedness.

In short, the Hamburg tribunal’s decision is questionable legally and potentially disastrous politically if allowed to stand unchallenged. Ghana’s government will, undoubtedly, be carefully weighing these considerations before it wades further into waters that have grown that much murkier.

J. Peter Pham is director of the Michael S. Ansari Africa Center at the Atlantic Council.