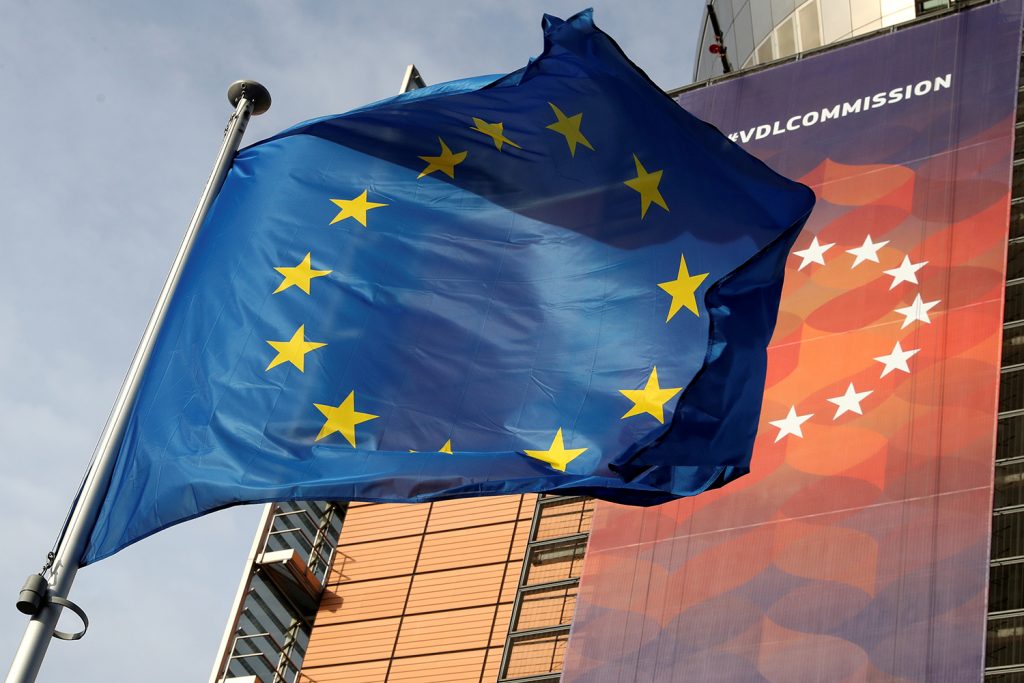 Despite anxiety about the state of the European Union in the face of Brexit and political populism, French Minister of State for European Affairs Amélie de Montchalin argued that there is growing evidence that Europeans are “starting to see Europe as capable of being strong [and] sovereign.” Recent joint European actions and renewed focus on building Europe’s ability to act autonomously has proved “that we can use the capabilities that we have, the power we already have, to take initiative,” de Montchalin said at the Atlantic Council on March 6.

“Everywhere in Europe, there is a willingness to act as Europeans,” she said, “to make our own independent decisions.” She pointed to the European maritime mission to the Strait of Hormuz, ongoing efforts to combat terrorism in the Sahel, and a joint action to evacuate European citizens from China amid the coronavirus crisis as evidence of Europe’s growing capacity to act on its own internationally.

Strengthening Europe’s autonomy on the world stage has been an important focus for French President Emmanuel Macron, who has often pushed for the European Union to become more “sovereign” and has openly advocated for Europe to prepare to act independently of the United States when necessary. De Montchalin argued that Macron’s ideas have been met with “growing consensus” in European capitals, who “have begun to understand that there can be a European way. That we must pave our own way to stay relevant in the 21st century.”

De Montchalin explained that greater sovereignty for Europe will mean having “the will to find—as Europeans—answers to the main challenges of our time,” such as climate change, digitalization, and migration, as well as to ensure that Europe is not dependent on others for its ability to take action “whenever our interests are at stake and [to make] our voice heard on the international stage.” De Montchalin stressed that this does not mean abandoning Europe’s alliance with the United States, as “our interest is to have a strong partnership [and] to have a strong alliance.” She maintained, however, that “the alliance between Europe and America will be strong if Europe is strong,” and “being allies doesn’t mean being followers, doesn’t mean [being] aligned.” Europe and the United States should remain committed to working together to solve common problems, she added, but this does not mean Europe should always agree with Washington. This shift in dynamics could lead to a “transatlantic relationship that is more balanced, more interesting, and probably also more ambitious.”

One area where Europe and the United States may look to slightly diverge is Russia, as de Montchalin confirmed that Macron will continue to seek a dialogue with Moscow, despite Russia’s illegal annexation of Crimea and invasion of eastern Ukraine. Russia is Europe’s “neighbor, whether we like it or not,” she argued, and stressed that “we need to engage without naivete.” She clarified that a desire to engage with Russia is not an endorsement of Russian action, as Europe is in agreement that “the status-quo is not satisfactory.” Proceeding without dialogue, however, would risk allowing the situation in Ukraine to become another “frozen conflict” such as Georgia or Moldova, which Europe hopes to avoid, according to de Montchalin. Most importantly, she stressed, Russia will always be a player in Europe and “we cannot in the long term have this power next to us without having in some way a dialogue.”

Dual crises are also providing important stress tests for Europe’s ability to act in a coordinated way internationally, as the outbreak of the coronavirus and a potentially renewed migrant/refugee emergency threaten to shake European unity. Following clashes between Turkish armed forces and the Russia-backed Syrian government forces in the Syrian province of Idlib, Turkish President Recep Tayyip Erdoğan said he had “opened to doors” to Syrian refugees living in Turkey to pass through to Europe. The announcement was followed by clashes between Greek border officials and refugees who attempted to enter Greece through closed border crossings. De Montchalin said Erdoğan’s statement “was not appropriate,” and said that Europe doesn’t “want to play this game” about trading more support for Ankara in Turkey in exchange for preventing more migrants from crossing to Europe. De Montchalin was clear that Europe would “not abandon” its commitment to helping refugees and also understands the “need to engage with Mr. Erdoğan…isolation and indifference will not bring any good.”

De Montchalin said the European response to coronavirus is somewhat limited because national governments have much more power than the EU to take measures to slow infections. She lauded the European effort to evacuate citizens from China, as French planes helped fly out citizens from all EU member states. She also suggested that the virus would help push Europe to strive for more “autonomy of production in some goods,” to ensure that they maintained ample supplies of needed goods during future crises.

The French minister said that the time is now for Europe to show that it is serious about acting as a force on the international stage, both to other countries as well as to its own citizens. “Our citizens will not accept that Europe continues to make promises without delivering tangible change,” she warned. While attention is focused on great power competition with China and Russia, or on the uncertainty of the US commitment to Europe, de Montchalin stressed that “the biggest threat to Europe…is a lack of trust [from] its own citizens.” Proving that Europe is ready and able to act when necessary will be vital, she argued, to ensuring the continued success of the European project and the peace and prosperity that its citizens need.

Now that an investment fund to fuel the development of stronger cross-border transportation, energy, and digital infrastructure links in Central and Eastern Europe has been launched, countries in the region “need to quickly decide” whether they want to participate before the opportunity vanishes, according to Estonian President Kersti Kaljulaid.

If the EU and its member states respond smoothly and in a coordinated fashion, the coming days could reinforce the collective value of the European Union. Should the EU appear ineffective as the virus spreads, that will color European attitudes for decades to come.

With the “phase one” trade deal behind them, the United States and China will now probably shift attention to sorting out their economic and trade relationships with Europe. Caught in the middle of the US-China trade war and geopolitical competition, the European Union (EU) has tried to steer an independent course, balancing security and geopolitical concerns with economic and business needs. Doing so, however, has exposed many differences vis-a-vis the United States as well as China.