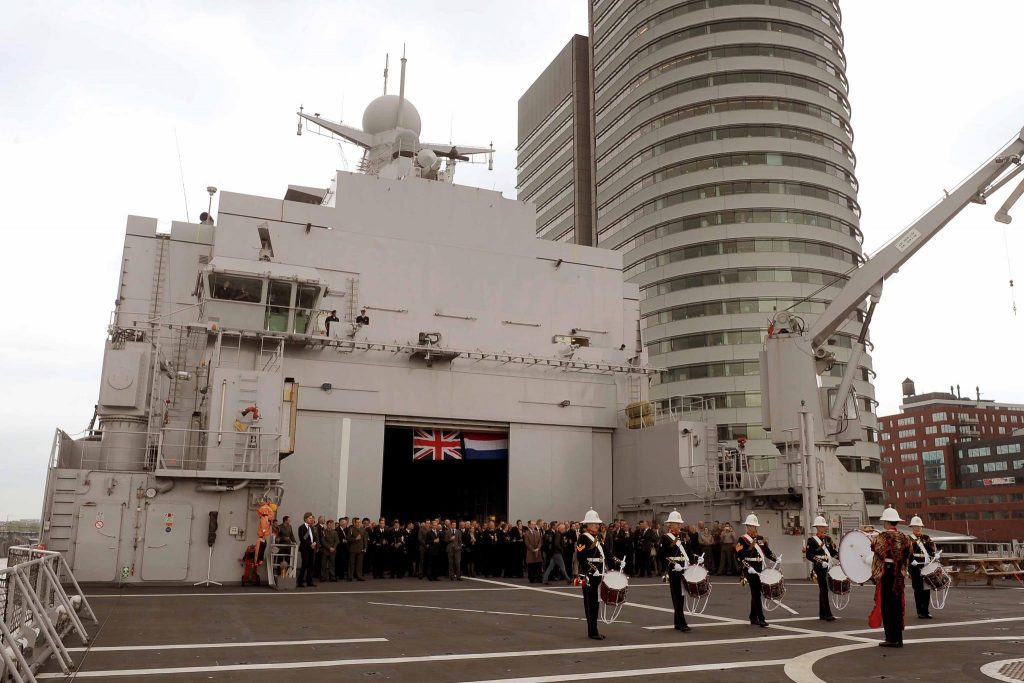 On this anniversary of the 1940 Nazi invasion of the Low Countries it is perhaps appropriate to consider the state of Europe’s defense. Two events highlighted the essential contradiction between resources and commitments that bedevils European defense.  On 29 April the French published their first defense review in over twenty years.  Full of Parisian sophistry it failed to address France’s essential dilemma: an inability to fund the defense influence ambitions France claims to still uphold. Sounding more Napoleonic than Hollande-ic the review blustered “France’s destiny is to be a global nation and our duty is to guarantee not only our own security but that of our allies and partners.”  This is exactly the same kind of rhetoric that accompanied the 2010 British Strategic Defense and Security Review which said there would be no British “strategic shrinkage”—and then promptly shrank Britain. The other event was the re-affirmation this week of the UK-Netherlands Amphibious Force in Rotterdam which I had the honor to attend.  What do these two events say about European defense?

Take France first.  With French public debt over 90 percent of GDP and likely to get worse how can France afford a military that both preserves an independent nuclear deterrent (which swallows up over 20 percent of the defense budget) and fund top-notch but highly-expensive deployable forces?  Even though critical capability gaps were exposed there can be no question that the success of the French military in Mali was as timely for the review as the 1982 victory in the Falklands was then for the British military.  As such it demonstrated to reluctant politicians the value of projectable military power.  However, the French review also singularly failed to square France’s defense triangle and as such fudged France’s defense dilemma.

The review claims to establish a “stable” defense budget of €31bn ($41bn) over six years.  In fact with defense cost inflation running as high as 10 percent per annum for some equipment the plan represents real-term cuts.  The review also hides the choice France has made to cut the kind of deployable forces that made Mali possible and rely instead on the panacea all European countries are reaching for these days, more “Special Forces.”  These forces are small but because they are supermen they are able to defeat any budget cut, anywhere, all of the time.

Now the UK-Netherlands Amphibious Force.  This has been in existence for some forty years and to all intents and purposes the Royal Dutch Marines are an integral part of the Royal Marines. Moreover, whilst the Royal Marines were founded 350 years ago, the Dutch Marines were founded 349 years ago, which of course puts in historical perspective their ‘junior’ partner the US Marine Corps.  Indeed, the “Royals’ and the Royal Netherlands Marines first operated together back in 1704 to take Gibraltar.  This was after a brief period of turbulence in Anglo-Dutch relations back in the seventeenth century when the Royal Navy had to put the ever-uppity Dutch in their place.

With this year the 525th anniversary of the Royal Netherlands Navy the poignancy of the moment will not have been lost on the Dutch Defense Minister Jeanne Hennis-Plasschaert. As she signed the accord on board His Netherlands Majesty’s Ship Johannes de Witt the British commando carrier HMS Bulwark sat alongside.  Next month the same Dutch Defense Minister will announce a new “Defense Vision”. Should that “vision” mark another defense cut then the political momentum critical to such defense partnerships will drain rapidly because the British will take that to mean the Dutch Marines will rarely if ever be deployed with their British brethren.

Why does this matter?  The French should in this day and age be able rely on their British counterparts to fill their gaps and the British should be able to rely on their Dutch counterparts to fill theirs. Indeed, if European defense was properly built on the synergies the NATO Secretary-General is manfully promoting through “Smart Defense” then all Europeans could cut their forces knowing full well that the whole would be far greater than the sum of the parts. This would mean resources and commitments could be balanced by European military efficiency and effectiveness.  Sadly, that is not going to happen and the British and French militaries will continue to have a little bit of everything but not much of anything, whilst the Dutch military will have even less of the not very much it has now, however sophisticated the drafting of the “vision.”  In other words, if defense partnerships are not invested with trust and capability they die.

The logic of defense austerity is ever closer defense co-operation between European states, be it through NATO, the EU, or bilateral agreements.  However, the political divide in Europe over both the use and utility of force is reinforced by a contradiction; each time forces are cut the political momentum behind the value of co-operation dies too.

It is Europe’s defense double Dutch.

Julian Lindley-French is a member of the Atlantic Council’s Strategic Advisory Group. This essay first appeared on his personal blog, Lindley-French’s Blog Blast.