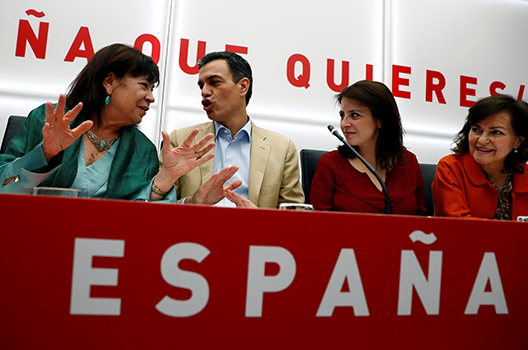 Since the first European parliamentary elections in 1979, and notwithstanding the growing powers of the Parliament, the prevailing impression these contests have left has been boredom, almost afterthoughts. Progressively declining voter turnout cycle after cycle drove home this point. Efforts to make the elections more relevant, like the establishment of the spitzenkandidaten system linking the results to the selection of the president of the European Commission, made hardly a blip. This year, however, the elections to be held between May 23 and 26 have gone from barely relevant to disquieting.

There is a sense that the incoming European Parliament will be different. The pro-European center comprised of the European People’s Party (EPP), the Progressive Alliance of Socialists and Democrats (S&D), and the Alliance of Liberals and Democrats for Europe (ALDE) are set to lose seats while fringe groups, most notably Italian Deputy Prime Minister Matteo Salvini’s European Alliance of Peoples and Nations (EAPN), are set to gain considerable numbers. On top of all of this is the uncertainty surrounding Brexit. This is a change year for the Parliament. One hopes that in the next cycle in 2024 things will go from unsettled to focused. But as always with the European Project, hope springs eternal.

The fact is, however, European elections are almost always more about trends in domestic rather than European politics. As such they are more an indicator of the direction in which political winds are blowing in the member states. This is certainly the case for Spain. In 2014, the center-left Socialist Party (PSOE) and center-right Popular Party (PP), which have dominated Spain’s politics since the transition to democracy four decades ago, combined for less than 50 percent of the vote (down from 80 percent in 2009) foretelling a fragmentation that has defined and weakened Spanish government ever since.

This year, however, on May 26 European and key municipal and regional elections follow less than a month after Spanish national elections held on April 28 that featured an exceptionally high turnout. Rather than foretelling what is to come, the European elections will almost certainly reinforce what has already been learned.

In the April 28 election, PSOE scored a resounding victory, gaining thirty-eight seats en route to becoming the largest party in the Cortes (the Spanish parliament). But equally impactful was the performance of the PP, the largest party heading into the elections. Facing a challenge on the right from the upstart populist Vox—which first emerged in Andalucia’s regional elections in December 2018—and from Ciudadanos—an epigone of French President Emmanuel Macron’s En Marche party—the PP bled from both directions losing more than half of its seats and garnering less than 17 percent of the vote.

The short turnaround between national and European elections means these trends should reappear on May 25 when Spain returns to the polls. Foreign and European policy was virtually absent from the April campaign. It will not be a factor in these elections either. Opinion polling released earlier in May showed that only 12 percent of Spanish voters believe that issues related to the EU or European Parliament would impact their vote, while 61 percent said their voting behavior would be influenced by domestic Spanish politics. Indeed to the extent there has been focus on the European elections in the weeks since April 28 it has been dominated by whether or not Catalan secessionist Carles Puigdemont, fugitive of Spanish justice, would be allowed to lead his party’s list.

Looking ahead to what might happen, more of what has been seen can be expected. In the aftermath of the April loss, the PP has tried to refocus its message. With such a short timeframe, however, it will be difficult to win back centrist voters. Most likely PSOE will bring the largest contingent to Brussels and it is not to be excluded that Ciudadanos, which is aligned with the liberal group in the European Parliament, eclipses the PP.

Spanish politics is shifting. The elections on May 26 will be yet another sign, just not a bellwether this time.

Ana Palacio is an Atlantic Council board member and a former foreign minister of Spain. Follow her on Twitter @anapalacio.