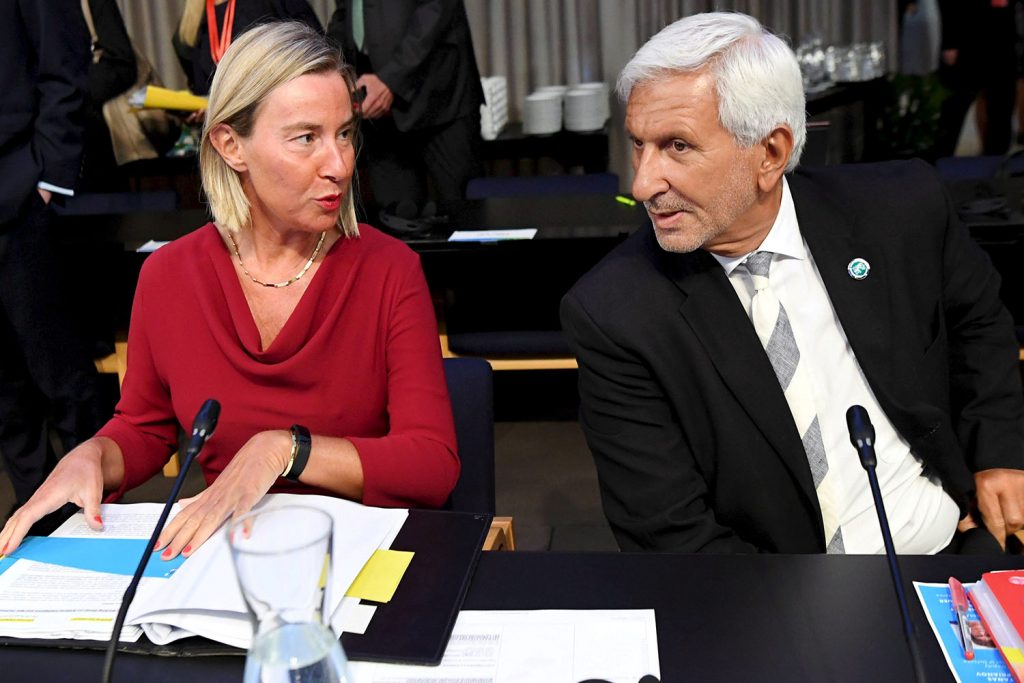 BRUSSELS – Much has been reported in the press about the European Defense Fund, the EU’s forthcoming EUR 13 billion ($14.3 billion) pot of money for 2021-2027 to finance defense research and capability development projects between its member states. To be managed by the European Commission, the projects and their inevitably complex consortia of players will be subjected to the EU’s traditionally heavy grant-approval procedures, political wrangling for geographic balance between big and small EU countries, and competition between national industries for a slice of the pie.

However, there’s another defense funding initiative under way at the European Defense Agency (EDA) whose composition and thrust could transform, in more straightforward fashion, how Europe’s defense ministries support one another on collaborative defense programs. It’s called the “Cooperative Financial Mechanism” (CFM) and should be ready to launch in early 2020.

Despite its bland name the CFM will operate on a radical premise, one that has never been tried before at national or EU level (or among NATO allies for that matter), namely: to function as a platform where Europe’s defense ministries can systematically borrow either from the EU’s official bank or lend their own defense monies to each another for multinational capability efforts.

Structured as a voluntary “opt-in” project, the CFM will soon see the signature of eleven of the EDA’s twenty-seven member states (all EU countries except Denmark): Belgium, Bulgaria, Cyprus, France, Greece, Hungary, Lithuania, Netherlands, Portugal, Slovenia, and Spain. Moreover, another five (Germany, Italy, Malta, Poland, and Romania) are expected to do the same, according to EDA sources. Once all their national parliaments have ratified the ministries’ participation, the CFM should enter force during the early months of 2020.

Here’s how it will work. The CFM will rest on two pillars of finance. One will be the European Investment Bank, which is the EU’s lending wing for infrastructure projects.

Traditionally having shunned defense projects, the bank has now agreed (after considerable political pressure from the Commission and EU leaders) to offer a three-year credit line worth 6 billion euros to finance defense research or capability projects that are dual-use in nature, meaning they must also have a civil application. Despite that restriction, this opens the door to a wide range of technologies and capabilities that can be flipped either way to the military or commercial economy such as satellites, communications, radar and other detection modes, artificial intelligence, and so on. The bank will not finance any hard weaponry.

The CFM’s more intriguing pillar, however, is its second one which will engender sustained state-to-state lending among Europe’s national defense ministries for joint capability development. This has never been done before and entailed more than two years of extraordinarily delicate and detailed negotiations between the EDA and national finance and budget ministries to pull off.

The result is that each participating CFM defense ministry will not have to return any of its unused defense budget in a given year—as has normally been the case—to its national treasury. Instead, it will be allowed to shift the left-over funds to the CFM platform where each country will have and control its own CFM bank account, with the EDA executing the inter-ministry transfers.

This means a defense ministry can then lend to other ones for multi-nation project financing, though with two key restrictions. First, the lending and borrowing must take place between countries involved in the same project. Second: the beneficiary country can only request what’s strictly needed for its national implementation of a collaborative project, and only up to 70 percent of its agreed contribution to the endeavor.

Despite such provisos, the CFM is positioned to shake up European collaborate defense development in a significant way. Why? Because it will help remove two of the most historically persistent obstacles that have hindered multi-nation defense projects in Europe.

One is the disjuncture in budgetary cycles between European countries, which often leads to one or more countries unable to join the launch of a wider multi-nation defense project. Thus, the CFM will broaden the base of participation in European-level defense capability development.

The other obstacle stems from the perennial complaint of defense ministries that their unavoidably long-term planning needs, which sets them apart from most other ministries, makes it difficult to match short-term budgetary cycles with that planning. Gaining access to temporary tide-over funds will help smooth over the launch and planning disruptions that can plague a country’s multi-national capability ambitions.

At the same time the CFM will make it harder for countries to hide behind those very obstacles in order to favor their national defense programs over collaborative cross-border ones.

That alone would be a big step forward toward eliminating the more egregious duplications of effort—and waste of taxpayers’ money—that have characterized the European defense sector for decades.

Brooks Tigner reports on EU and NATO foreign, defense, and security policy from Brussels, where he has separated reality from rhetoric for the past twenty-five years.

A message from France to United States: Don’t be afraid of European autonomy

“Building a European autonomy should never be seen as a move against the United States,” Florence Parly said.

Much ado about nothing? European strategic autonomy and the transatlantic alliance

The current political and structural realities in Europe will mean the quest for strategic autonomy will remain all talk.