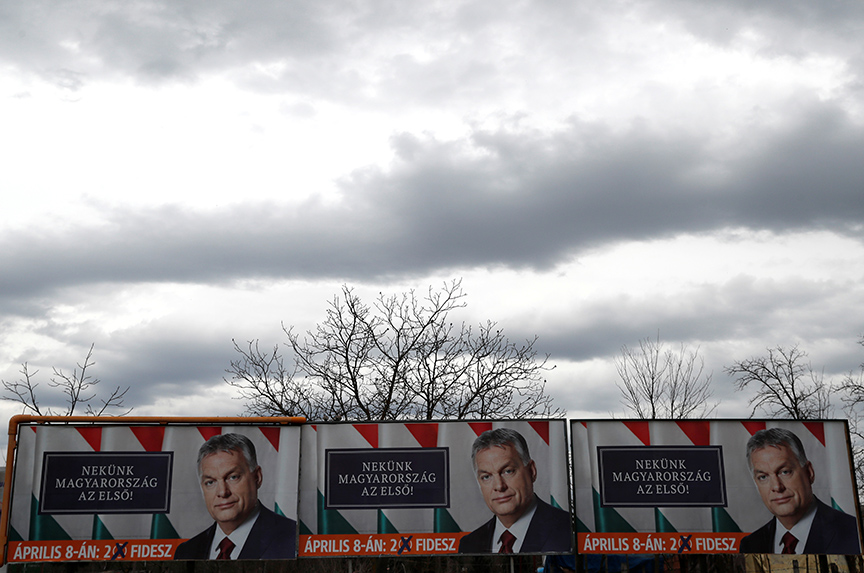 Six weeks ago, the ruling conservative-nationalist Fidesz party of Hungarian Prime Minister Viktor Orbán was delivered a stunning defeat. The southern city of Hódmezővásárhely—population, roughly 45,000—had been governed by Fidesz mayors since 1990. The party’s candidate this time was projected to win handily, by about twenty points. Yet, that was approximately the margin of victory for independent Péter Márki-Zay. The forty-five-year-old Márki-Zay—a devout Catholic, political conservative, father of seven—defeated Fidesz’s odds-on favorite for mayor Zoltan Hegedus, in the hometown of János Lázár no less, the man who heads Orbán’s office. “We want to get rid of the big boys bullying the whole class,” said Márki-Zay after his remarkable win. He has street cred. Márki-Zay used to be a member of Fidesz.

What does it mean when the pitchforks are out for the populists?

We will find out more April 8 when populist par excellence Orbán tries to secure his third consecutive term as prime minister. No matter this weekend’s outcome, though, it’s time for the United States to take stock. Orbán’s “illiberal democracy” has been sinking roots in Hungary, and by now has a constituency across the region. Most of us grasp there is a disease in need of a cure. But are we clear on a diagnosis?

Many liberals keep conflating things. They confuse a set of subjective values with democracy’s core principles, labeling Orbán as an authoritarian danger, for example, because he rejects multiculturalism or LGBT concerns.

Similarly, Orbán gets denounced by key parts of the American liberal establishment as a menacing eurosceptic, when in fact the idea that too much sovereignty has been surrendered by national capitals to supranational institutions in Brussels ought to be treated as a reasonable view, about which people in a democracy can reasonably disagree. Orbán is no space alien. He has tapped into the concerns of many ordinary Hungarians, and no, these voters are not all far-right xenophobes.

Some American conservatives have been yearning for smug liberal elites to get their comeuppance. They cheer when they see Orbán waging war against fellow Hungarian George Soros. For them, the billionaire philanthropist is the poster child for all they despise: open borders, rootless, post-national global governance, and political correctness gone wild. The trouble here, though, is that while Orbán has been fighting their culture wars with one hand, with the other he has been weakening rule of law, independent courts, and a free competitive press. To such inconvenient details, many a conservative turns a blind eye.

Defending political rights and civil liberties requires never-ending vigilance. The same applies to the preservation of democratic political culture. It means something here when the president of the United States says journalists are the worst human beings on Earth, just as it does there when Orbán allies talk of “liquidating” civil society. In Hungary, laws are already passed that make it harder for independent NGOs to operate freely.

Before we are accused of heavy breathing, no, there is no specter of fascism haunting Central Europe; not today anyway. Journalists are not jailed or “disappeared” in Orbán’s Hungary. There is instead the threat of low-functioning democracy, where voter trust in elected government continues to erode, and citizens retreat cynically—or are shoved—into private spheres.

The United States must help to check these alarming trends. This past year I have been co-chair of a bipartisan policy group which released this week a statement with some sixty signatories announcing a new initiative toward this end.

I suspect the best thing we can do in the first instance is to listen very carefully.

Márki-Zay, the new mayor of Hódmezővásárhely, has a twelve-point plan to begin repairing and renewing Hungarian democracy once Orbán is finally gone. Half of Márki-Zay’s proposals have to do with combatting the deep and pervasive corruption that now infects Hungarian politics and economy. Hungary performs worse on all of the World Bank’s Worldwide Governance Indicators than it did a decade ago. In its Index of Economic Freedom, the Heritage Foundation finds a sharp decline in government integrity in Hungary. Over the last decade, Hungary also took a sharp turn for the worse in the Cato Institute’s Human Freedom Index (from 28th to 44th place worldwide).

Which means, even if Orbán vanishes, for a list of different reasons Hungarian democracy has a deep hole to dig itself out of.

Jeffrey Gedmin is a nonresident senior fellow for the Future Europe Initiative at the Atlantic Council.