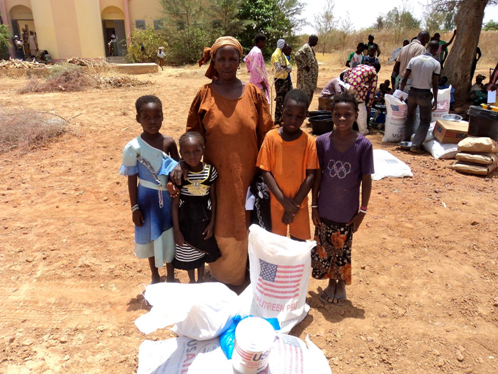 North Africa and the intertwined Sahel, from Egypt to Mauritania, is a region that has undergone profound and destabilizing political and social change in the last several years, especially since the “Arab Spring” of 2011. Nascent political systems, newly empowered non-state actors, and underlying structural problems in the region contribute to an increasingly volatile mix, the implications of which—especially terrorism—are global in scope.

The multifaceted threats from terrorism, political violence and criminality in North Africa are on the rise. The issue of Mali and the threat from Al-Qaeda in the Magreb (AQIM) and associated violent extremist networks present particularly vexing dilemmas for the US and its allies to address. While there are few proverbial ‘silver bullets’ to solve this complex problem-set, there are several approaches that could make a difference and are therefore worthy of consideration by Congress.

The first recommendation is to get USAID “back into the fight” to address key humanitarian and development dilemmas in Northern Mali and the surrounding areas, and couple this with support from US and allied SOF initiatives. From Tindouf, Algeria, to the Aouzou Strip in northern Chad (the “arc of instability,” according to the UN), the populations of thisunder-governed region receive little support and are left exploited by various political actors, including AQIM and its allies. From narco-trafficking and weapons smuggling to terrorism and kidnappings, these issues fester in this region. Further, since the four rebellions suffered by Mali since 1960, the people of the Sahara like the Tuareg were promised many things in each negotiated peace agreement. These agreements included paved roads, hospitals and schools. Sadly, these promises never materialized and the northern part of the country is littered with incomplete projects and a grieving population that is blamed for the woes of the country. In fact, a half-century of disputes between North and South have led to racism and deep resentment between various ethnic groups. It is these socio-culture tensions that open the door to terrorist exploitation and recruitment, despite the fact that the MNLA remains a secular militia. These issues will remain at the core of Mali’s problems until they are addressed and settled once and for all. This is where USAID can help, provided it can operate.

Historically, USAID access to areas like northern Mali has always been related to security. Therefore USAID and their enabling partners have in the past avoided projects within this area that could actually address the underlying conditions faced by the Tuareg and others. This is because of Embassy- and Bamako-imposed access restrictions. The result has been almost zero in terms of net USAID impact. DOD Humanitarian Assistance and Capacity Development are also limited by security restrictions and achieve little effect with the targeted population groups because they cannot gain the needed access. Meanwhile, violent extremists have themselves provided humanitarian assistance or allowed select Islamic NGOs from Arab countries to operate in areas they controlled. This equation has, of course, boosted their access and influence among certain populations and further entrenched the extremists within their safe haven.

The international community should focus acutely on these “denied area” populations being influenced by violent extremists and develop creative ways to partner SOF capability with USAID. This will also serve as a means of reducing the chance of resumed active conflict between MNLA and the Malian state. Naturally, this will require some nesting of the economic element of national power to incentivize groups towards the desired effect of increasing stability and denying safe haven. Further, because of security concerns in these areas, this USAID activity should be closely partnered with full spectrum SOF operations—especially information operations. Failure to synchronize USAID capabilities with SOF in the safe haven denial fight will create more Embassy-limited projects in ‘safe’ areas that achieve no effects towards reducing the safe haven enjoyed by violent extremists or their recruitment pool.

It should be noted here that the secular MNLA, despite all criticism, remains an example of an organization that has no interest in militant Islamism or jihadist governance. By dealing with basic grievances in Mali’s North, the West, in time, can influence local people as allies in the fight against AQIM. Further, with proper training and support, the international community can convince Bamako and an empowered secular Tuareg community to work together against terrorism and narco-trafficking. However, as previously stated, it is important to provide some form of financial security to bring this situation to bear, and NGOs will play a big role in this respect. Moreover, in order for any of this to happen, genuine reconciliation and stability needs to be the first order of business, as NGOs and peacekeepers cannot operate effectively in a tense and dangerous environment.

The second recommendation pertains to addressing border insecurity in the region. Borders between countries of the Sahara remain porous and open to terrorists and smuggler activity, both of which weaken governance and promote corruption (not to mention global insecurity). It is time that the countries of the region receive assistance to secure and monitor movement along their borders. This applies not only to land traffic but to the air as well.

Finally to effectively counter the jihadi narrative wielded by AQIM, a comprehensive and expertly crafted information operation campaign is necessary for the region. Violent extremists associated with AQIM experience far too much safe haven in social, print and televised media, and this must be rectified. Recently, news agencies flocked to write about AQIM’s new Twitter account—an event AQIM used to appeal to popular North African concerns about repression and injustice, and to answer questions by journalists and the public. Following the media buzz, AQIM’s new Twitter account gained over 5000 new followers two weeks after going live. It is noteworthy that Syrian terror group Jabhat al-Nusra, Somalia’s al-Shabaab, and Tunisia’s Ansar al-Sharia are all followed by the new AQIM Twitter account. Countering AQIM’s media expansion and online “havens” is crucial to our long-term success against violent extremism in the region.

Rudolph Atallah is a senior fellow with the Ansari Africa Center. This piece is an excerpt of Atallah’s full testimony before the House of Representatives Committee on Foreign Affairs on May 21, 2013. Photo credit: US Agency for International Development.