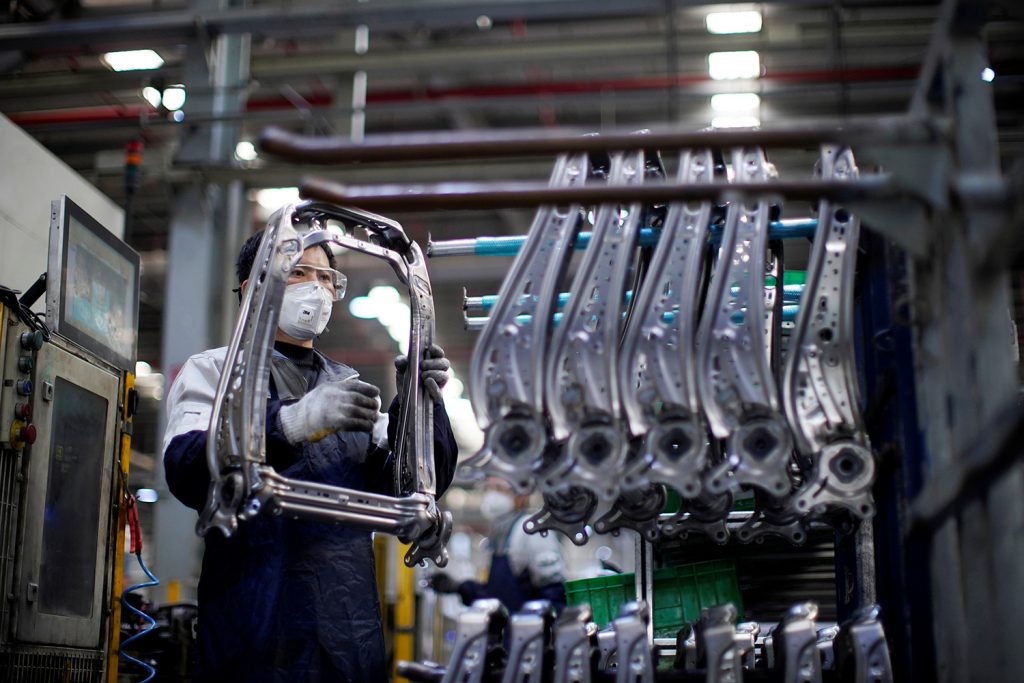 As the novel coronavirus (COVID-19) continues to spread around the world, the unfolding economic and public health crises may see China’s neighbors shift their attention back towards Beijing, potentially threatening the United States’ leadership position in the region and its ability to maintain its advantage in strategic competition with Beijing. Kurt Campbell and Rush Doshi recently warned that China is moving quickly to position itself as the global leader of the pandemic response, while the United States is struggling with its efforts to battle the virus at home. As many of the United States’ most important allies and partners rely heavily on China economically, Washington needs to coordinate not only with its allies and partners, but also with China, to fight the global pandemic and minimize its economic impact.

Since the coronavirus was first detected in the city of Wuhan in November 2019, China and its neighboring countries have been hit severely by the outbreak. As the crisis worsened mostly in Asia in January and February of 2020, the international community speculated that the coronavirus would undermine the legitimacy of Chinese leadership, following charges of authoritarian misgovernance by Beijing and a lack of transparency about the virus. Due to the widespread lockdowns across the country, China suffered a supply shock with its factories unable to operate. Its industrial output tumbled 13.5 percent in the first two months of the year, representing the largest contraction on record, and its gross domestic product is estimated to have fallen 13 percent in the first two months of 2020.

When the virus started to spread to neighboring countries, it also disrupted supply chains across the region. Hyundai and Nissan had to temporarily suspend production lines in their factories in South Korea and Japan respectively in February, due to shortages of automobile parts from China. Samsung and SK Hynix, which make 75 percent of the world’s smartphone Dram memory chips, as well as Samsung and LG, which produce 94 percent of high-end global smartphone screens, are likely to be exposed to supply chain disruption through the rest of the year, due to a shortage of raw materials, tighter restrictions in the movement of people, goods, and services, and production line closures.

Although it is too early to know the consequences of coronavirus on the global and regional economy and supply chains fully, some of China’s neighboring countries and their firms were already moving or considering moving production lines to other countries, as well as reviewing their corporate strategies to reduce their dependence on China and their vulnerability to supply chain disruptions. These shifts have also been driven by pre-existing supply chains disruptions in China due to the US-China trade war and potential decoupling.

Since early March, however, the rhetoric has completely changed as China and its neighbors demonstrated their ability to control domestic outbreaks quickly and effectively, while the crisis intensified in the United States, Europe, and around the world. The Chinese Communist Party (CCP), in particular, has shifted its narrative from covering up the accuracy of its data to amplifying reports of the success of its response to pandemic. Although China has yet to return to business as usual, it is likely that China will be the first critical link in reviving the global and regional economy as it begins to restore its supply chains.

With these developments, companies that were trying to reduce their heavy reliance on China cannot help but reverse their moves to keep their supply chains open and operating. It is critical for countries like Japan and South Korea—whose electronics and automotive industries were seriously hit by COVID-19—to promote recovery in their key industries, as their financial markets continue to reel. As soon as China returns to business as usual, it is likely that Beijing will offer diplomatic and economic incentives to restore and boost its trade and investment with its neighboring countries to offset the risks of decoupling from the United States and give itself more leverage in its strategic competition with Washington.

In light of China’s likely campaign, the United States must step up its efforts to coordinate closely and effectively with its allies and partners in the region in order to protect its share of global supply chains. It might be time to re-evaluate its protectionist trade policy and export controls driven by its skepticism in globalization. This approach might have thus far helped the United States gain advantage in its economic competition with China, but these policies have damaged Washington’s relationship with its allies and partners, as well as its standing as a global leader.

Dr. Miyeon Oh is director and senior fellow of the Asia Security Initiative at the Atlantic Council.