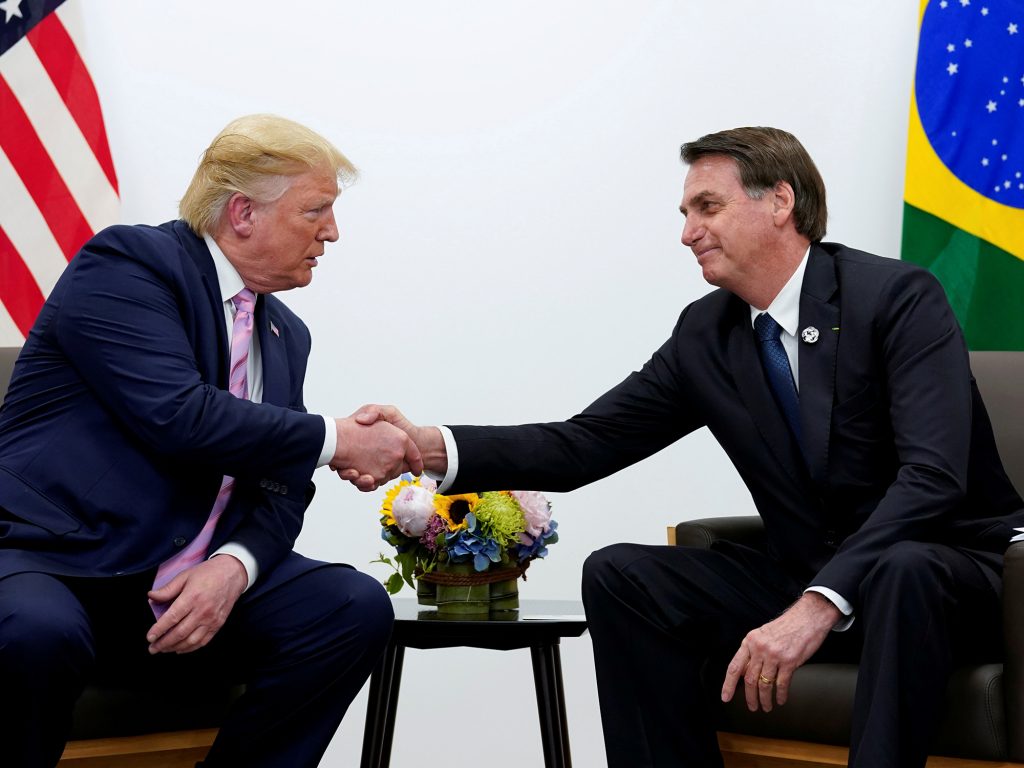 On December 2, US President Donald J. Trump announced that he would impose new tariffs on Brazilian and Argentinian steel and aluminum coming into the United States, a retaliation for alleged currency manipulation, which he claimed was hurting US farmers.

Brazil and Argentina have seen their economies stagnate over the past year against the backdrop of a strong US economy and dollar, yet there is no evidence to suggest either country engaged in currency manipulation.

Trump first announced broad tariffs on steel and aluminum in March 2018, yet until this month, Brazil and Argentina had been exempt from the tariffs with self-imposed export caps to the United States.

The December 2 announcement came as a surprise to both the Brazilian and Argentine governments, especially for President of Brazil Jair Bolsonaro, who has enjoyed a close relationship with Trump since coming into office in January of this year. The announcement also came at an inopportune time for Argentina as President-Elect Alberto Fernández is set to assume office on December 10.

Jasper Gilardi from the Adrienne Arsht Latin America Center asked Atlantic Council experts how the imposition of new tariffs could affect bilateral relations and the political and economic climates in Brazil and Argentina.

Gilardi: The imposition of the tariffs comes just a week before the inauguration of President-Elect of Argentina Alberto Fernández and amid protests in Buenos Aires over the economic condition of Argentina. How will President Trump’s announcement affect the new Argentine administration’s priorities?

“President Trump’s decision to impose steel and aluminum tariffs on Brazil and Argentina could not have come at a worse time for both countries, particularly Argentina. President-Elect Alberto Fernández assumes office on December 10 at a time of great concern about the state of the Argentine economy, and as Argentines reel from increased unemployment and increased poverty. President Trump’s decision unfortunately does not send the message of partnership that is so needed as a new president assumes office. This is an unexpected blow to the bilateral relationship at a critical time for Argentina, and a critical time for the United States to show its solidarity with Argentina, an important ally of the United States.

“Furthermore, in 2017, Argentine exports of raw soy to China totaled 2.4 billion dollars. Those exports have since tripled, and in September of this year the two countries finalized an agreement to begin allowing the import of Argentine soymeal—a processed form of soy—to China, an agreement that Argentina has sought for decades. The growing trade and the recent soymeal import agreement were likely factors in President Trump’s announcement since Argentina’s increased soy exports to China have come as US soy farmers continue to suffer due to the ongoing trade war with China.

“It is my hope that we find a quick resolution to the decision to impose tariffs so that it does not affect the bilateral relationship or the policy priorities and direction of the incoming Fernández administration.”

Gilardi: Prior to President Trump’s announcement, what was the status of the trade relationship between Brazil and the United States? And what harm will these tariffs cause to both countries’ economies?

“The United States and Brazil have a longstanding trade and commercial relationship, and one that has benefited both countries over the years. Though this is not the first time President Trump has accused a major partner of manipulating its currency, a tit-for-tat move like this one detracts from the progress the United States and Brazil have made on the trade and investment front. If imposed, these tariffs could do major damage to Brazil’s economy at a time when its growth remains precarious.

“It is important to note that only a few weeks ago, on November 25, CEOs of major Brazil and US companies came together to discuss ways for deepening bilateral business ties at the relaunch of the US-Brazil CEO Forum. There was no hint of a re-imposition of tariffs on Brazil at that time. In fact, the Forum, co-chaired by US Commerce Secretary Wilbur Ross and Brazilian Minister of Economy Paulo Guedes, among others, recommended measures to advance discussions toward the long-term goal of a free trade agreement and Brazil’s entry into the Organization for Economic Cooperation and Development (OECD).

“Going forward, the United States and Brazil must continue productive conversations toward strengthening the bilateral trade relationship. This announcement is an escalation by Trump that will amplify a global trade war that will not benefit the United States in the long run.”

Gilardi:The economies of Brazil and Argentina are projected to face declining growth in the coming months, meanwhile the US economy, and thus the US dollar, continues to strengthen against them. Is the US president right to attribute the currency devaluation to manipulation or is likely a product of wider economic declines in Brazil and Argentina?

“There is no evidence whatsoever that there is deliberate currency manipulation from either country. The president may be attempting to distract from other news, or address concerns related to rising agriculture exports from especially Brazil to China in this way. The economic impact is likely relatively muted in either case.”

Jasper Gilardi is a program assistant for the Adrienne Arsht Latin America Center at the Atlantic Council. Follow him on Twitter @gilardi_jasper.

On December 3, one day after President Trump’s announcement, the Adrienne Arsht Latin America Center hosted a conference call with leading experts in this space. Listen to the recording of the call and read the summary.