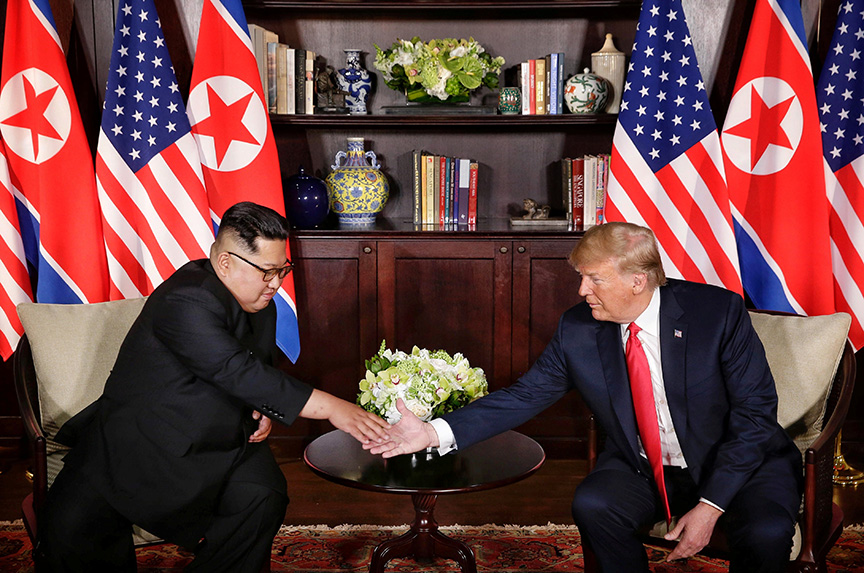 There were many outcomes of the historic first Trump-Kim Singapore summit on June 12; overall, it is clear that most of the hard diplomatic work remains ahead, yet the summit was helpful in establishing a top-down process that still could lead to real breakthroughs for peace on the Korean Peninsula and denuclearization.

However, key missing or counterproductive outcomes of the summit included the following:

Finally, while there were no details on denuclearization in the agreed statement, a former senior administration official made clear what the US definition and policy position will be going forward:

As a next step, if US negotiators can convince North Korea to agree to and begin to implement such measures, then this summit will go down in history as a major diplomatic achievement.  If denuclearization is not taken up speedily and specifically in this fashion, then the Singapore summit will be remembered as one among many US-North Korean high-level meetings that led nowhere.

Barry Pavel is senior vice president, Arnold Kanter chair, and director of the Scowcroft Center for Strategy and Security at the Atlantic Council. Follow him on Twitter @BarryPavel.