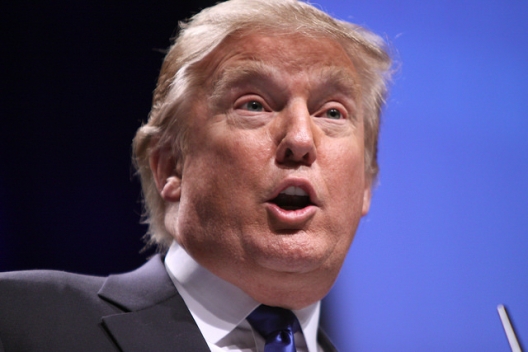 Times: Do you think that what’s happened in Syria now with Putin intervening is a good thing or a bad thing?

Trump: Nah, I think it’s a very rough thing. It’s a very bad thing, we had a chance to do something when we had the line in the sand and it wasn’t — nothing happened. That was the only time — and now, it’s sort of very late. It’s too late. Now everything is over — at some point it will come to an end — but Aleppo was nasty. I mean when you see them shooting old ladies walking out of town — they can’t even walk and they’re shooting ’em — it almost looks like they’re shooting ’em for sport — ah no, that’s a terrible — that’s been a terrible situation. Aleppo has been such a terrible humanitarian situation.

Trump: Well, I start off trusting both — but let’s see how long that lasts. It may not last long at all.

Times: Can you understand why eastern Europeans fear Putin and Russia?

Trump: Sure. Oh sure, I know that. I mean, I understand what’s going on, I said a long time ago — that Nato had problems. Number one it was obsolete, because it was, you know, designed many, many years ago. Number two — the countries aren’t paying what they’re supposed to pay. I took such heat, when I said Nato was obsolete. It’s obsolete because it wasn’t taking care of terror. I took a lot of heat for two days. And then they started saying Trump is right — and now — it was on the front page of The Wall Street Journal, they have a whole division devoted now to terror, which is good.

Trump: Britain is paying. There’s five countries that are paying what they’re supposed to. Five. It’s not much, from 22.

Times: For decades now, Europe has depended on America for its defence. Will that guarantee be there in the future as well?

Times: Do you support European sanctions against Russia?

Trump: Well, I think you know — people have to get together and people have to do what they have to do in terms of being fair. OK? They have sanctions on Russia — let’s see if we can make some good deals with Russia. For one thing, I think nuclear weapons should be way down and reduced very substantially, that’s part of it. But you do have sanctions and Russia’s hurting very badly right now because of sanctions, but I think something can happen that a lot of people are gonna benefit.