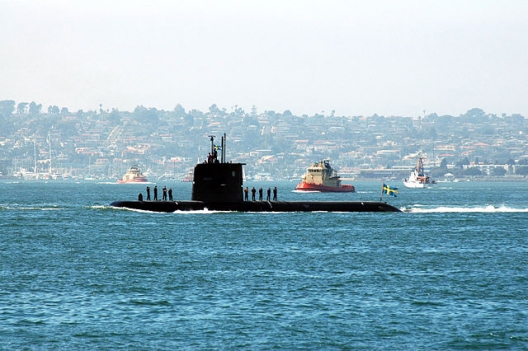 “We have begun an intelligence operation … involving ships, helicopters and several ground units,” Commander Jonas Wikstroem told reporters, adding that the operation was based on a tip-off from a “credible source. . . .”

“As the government has said, the situation has deteriorated in the Baltic Sea,” Wikstroem said, adding that no weapons had been used in the current operation.

From Reuters:  Captain Jonas Wikstrom told a news conference around 200 military staff are involved in the current intelligence operation.

“We gather intelligence with the sensors on the ships, on the helicopters and on land,” he said. “We take this very seriously.”