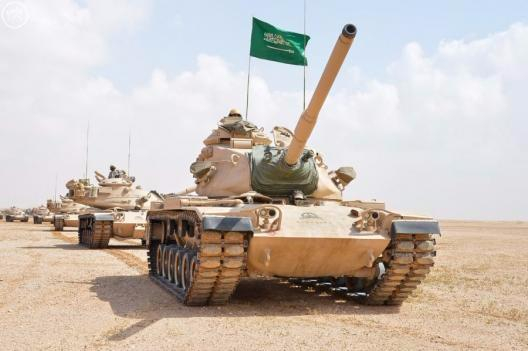 A Saudi-led coalition force of 41 countries is now taking shape and has found a focus: protecting member nations against the threat from Islamic State  as the militant group’s strongholds in Iraq and Syria disintegrate.

The coalition, sometimes referred to as the “Muslim NATO,” is expected to have its first substantive meeting over the next few months in Riyadh when defense ministers from member states, from Morocco to Malaysia, will gather to agree on its structure and mission….

Under pressure from Riyadh, close ally Pakistan will provide a separate force of some 5,000 men to Saudi Arabia to help guard its vulnerable south, close to the border with Yemen, Pakistani officials said, a deployment yet to be announced.

At Saudi request, the coalition force will be led by the former head of Pakistan’s army, Gen. Raheel Sharif, said Pakistani officials. Gen. Sharif was lauded for taking the fight to Pakistani militants….

“They [Saudis] live in fear of Iranian expansionism. And when they realized they couldn’t rely on the U.S., they turned to allies who have armies,” said a Gulf-based Western diplomat. “They wanted their Sunni neighbors to help defend them from Iran. They turned to Pakistan and Egypt—Sunni countries that have armies.”

The military component is the central focus of the alliance, which officials say is expected to be fully operational by year’s end. Its command and control center, based in Riyadh, recently began hiring staff. It will also seek to boost cooperation to combat extremist ideology and terror financing….

The alliance isn’t restricted to confronting terror groups like Islamic State and al Qaeda, said Gen. [Ahmed] Asiri. In response to a request from a member state, he said the coalition could move against rebel groups and militias that pose a threat to member countries such as Yemen’s Houthis, which is supported by Iran….

The coalition will be run by a council of member defense ministers, with a rotating chair, meaning that decisions shouldn’t be in Saudi Arabia’s hands alone, Pakistani officials said. It is expected to have a charter. The coalition will have a relatively small but well-equipped military force, and it could call upon forces stationed in member countries and possibly recruit mercenaries, they said.

Pakistan currently has about 1,200 soldiers stationed in Saudi Arabia, mainly to train Saudi forces. The brigade that is now poised to be dispatched will be an operational deployment, aimed at protecting installations against terrorism and repelling any incursion into Saudi Arabia.

The Pakistan military spokesman Maj. Gen. Asif Ghafoor said any Pakistani troops sent “shall only be for employment within Saudi Arabia”. He added that “we will not filter soldiers to send a particular sect only.”