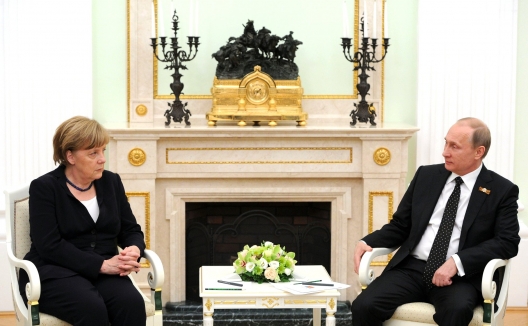 From AFP:  German political parties have fallen victim to a new round of cyber attacks, documents showed Wednesday, after Berlin’s domestic spy agency accused Russia of a series of operations aimed at spying and sabotage.

Politicians and employees of several parties received emails purporting to be sent from NATO headquarters, but which instead contained a link that installed spyware on the recipient’s computer, the Sueddeutsche Zeitung daily and regional broadcasters NDR and WDR reported….

“Given the background of the American situation, it is important to me to protect the parties from spying,” Arne Schoenbohm, chief of Germany’s Federal Office for Information Security (BSI), told the Sueddeutsche.

He was referring to a series of cyber attacks that had hit the US Democrats this year. Hillary Clinton’s presidential campaign has blamed Russia for the intrusion that resulted in an embarrassing leak of emails in July.

From Deutsche Welle:  Arne Schönborn, the president of the Bonn-based Federal Office for Information Security – as the BSI is known in English – told the journalist team: “There are indications that point to the APT28.”

The Advanced Persistent Threat or APT28, which is also known as the Sofacy Group, is the name given by western agencies, including Germany’s BfV domestic intelligence agency, to an alleged cyber attack network close to Russia’s secret services, GRU and FSB….

The German media consortium said German authorities were informed on September 7 that hacker attacks had been directed at federal parliamentarians of the center-left Social Democrats (SPD) and the post-communist Left part, including its parliamentary group leader Sahra Wagenknecht.

In so-called phishing attacks on emails on August 15 and 24, hackers had used false identities suggesting that the messages were from NATO about the July coup attempt in Turkey and last month’s earthquake in Italy’s Umbria region….

The consortium said the recent attacks were being taken “extremely seriously” because authorities feared that sensitive information could be gathered by hackers to later manipulate the public ahead of elections.