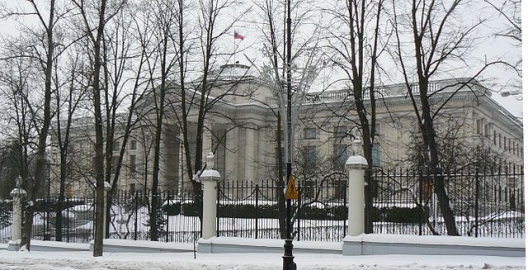 Russian and Polish officials confirmed Monday that they have carried out tit-for-tat diplomatic expulsions in an espionage affair that highlights intensified efforts by Moscow to penetrate NATO counties and a new determination by the West to fight back.

Russia’s Foreign Ministry said that Polish authorities took the “unfriendly and unwarranted step” of expelling some of its diplomats — and that Moscow retaliated by kicking out Polish diplomats.

Poland’s Foreign Minister Grzegorz Schetyna confirmed the tit-for-tat nature of the expulsions. “This is something like a symmetrical answer,” he said.

The authorities gave no other details, but a journalist with Polish broadcaster TVN, Andrzej Zaucha, reported from Moscow that four Polish diplomats were told Friday afternoon that they had 48 hours to leave Russia…

Poland’s expulsion of Russian diplomats comes a month after Polish authorities arrested a Polish military officer and a Polish-Russian lawyer on suspicion of spying. They remain under arrest as their cases are investigated. Separately, a Russian journalist was stripped of his right to work in Poland. . . .

The Czech Republic also accuses Russia — and China — of increasing its espionage on its soil even before the crisis in Ukraine began, and said that both of those countries’ embassies use intelligence officers under diplomatic cover.